The Leaks That Trump’s Justice Department Prosecutes Are Mostly About Trump, His Cronies, and Russia

Trump’s complaints about the Russia investigation have clearly influenced how the Justice Department investigates leaks. 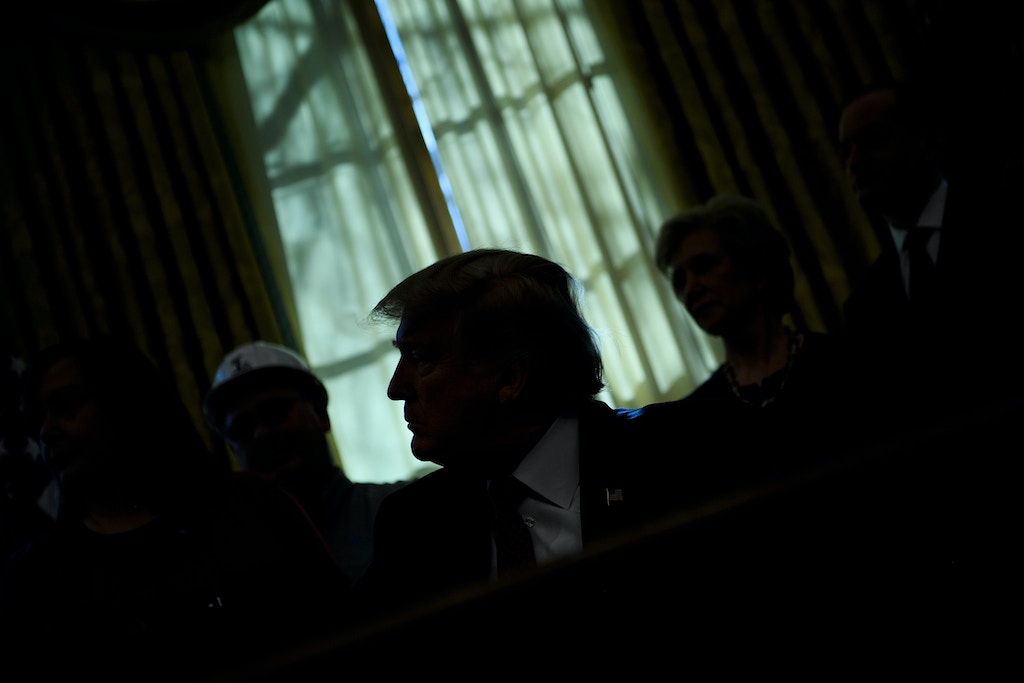 President Donald Trump during an executive order signing in the Oval Office on Jan. 31, 2019, in Washington, D.C.

President Donald Trump has put unrelenting pressure on the Justice Department over the past two years in an effort to derail the Trump-Russia investigation. He has failed to stop the inquiry by special counsel Robert Mueller, who may soon release a report on his findings.

Yet Trump’s constant pressure has clearly had an impact in a way that few have recognized. Two of Trump’s most frequent public complaints — that the Russia investigation is a hoax ginned up by Democrats and the so-called deep state, and that leakers are feeding the “fake news” media negative stories about him — have clearly seeped into the mindset at the Justice Department and influenced its process for investigating leaks.

After allegedly getting the financial information from Fry, Avenatti subsequently posted much of it on Twitter. The Washington Post and the New Yorker then followed up with related stories. The government alleges that Fry communicated with “Reporter 1,” who wrote the New Yorker story. That story was written by Ronan Farrow.

Last October, another official was arrested and charged with leaking financial information related to the Trump-Russia case. Natalie Mayflower Sours Edwards, who was a senior adviser at the Treasury’s Financial Crimes Enforcement Network, was charged with disclosing reports about financial transactions related to people under scrutiny in the Trump-Russia inquiry, including former Trump campaign chair Paul Manafort. She allegedly leaked the information to BuzzFeed News. She has pleaded not guilty in the case.

A former Senate intelligence committee staffer, James Wolfe, was also ensnared in a leak investigation related to the Trump-Russia probe. Court documents show that the investigation was launched in response to an April 2017 story in the Washington Post revealing that in 2016, the government had obtained a Foreign Intelligence Surveillance Act warrant to monitor Carter Page, a former foreign policy adviser to the Trump campaign. Wolfe pleaded guilty in 2018 to lying to federal investigators about his contacts with reporters.

Reality Winner, a former National Security Agency contractor, was the first person charged under the Trump administration in a leak prosecution. She was arrested in 2017 and accused of anonymously leaking an NSA document disclosing that Russian intelligence was seeking to hack into U.S. election systems. That document was allegedly leaked to The Intercept, which had no knowledge of the identity of its source. (The Intercept’s parent company, First Look Media, supported Winner’s legal defense through the Press Freedom Defense Fund, which I direct.) She pleaded guilty in the case in 2018 and was sentenced to more than five years in prison.

Even before Trump, the Justice Department’s handling of leak investigations was both draconian and arbitrary. Low-level officials bore the brunt of the investigations under the Bush and Obama administrations, while powerful, high-level officials were let off with almost no punishment. Disclosures of classified information happen daily in Washington, and so the Justice Department’s process for deciding which leaks to target has always reeked of politics and favoritism.

The Obama administration prosecuted nine or 10 leak cases, depending on how they are counted — more than all previous administrations combined, and more than the Trump administration has prosecuted so far. But the Obama leak prosecutions were related to stories about a wide variety of national security issues.

Trump, by contrast, has now tipped the scales of the Justice Department so that the leak investigations are often about him. Like everything else in the Trump administration.