For many young activists, the climate strike is a sanity-saving expression of the grief and anxiety they shoulder about a quickly worsening crisis. 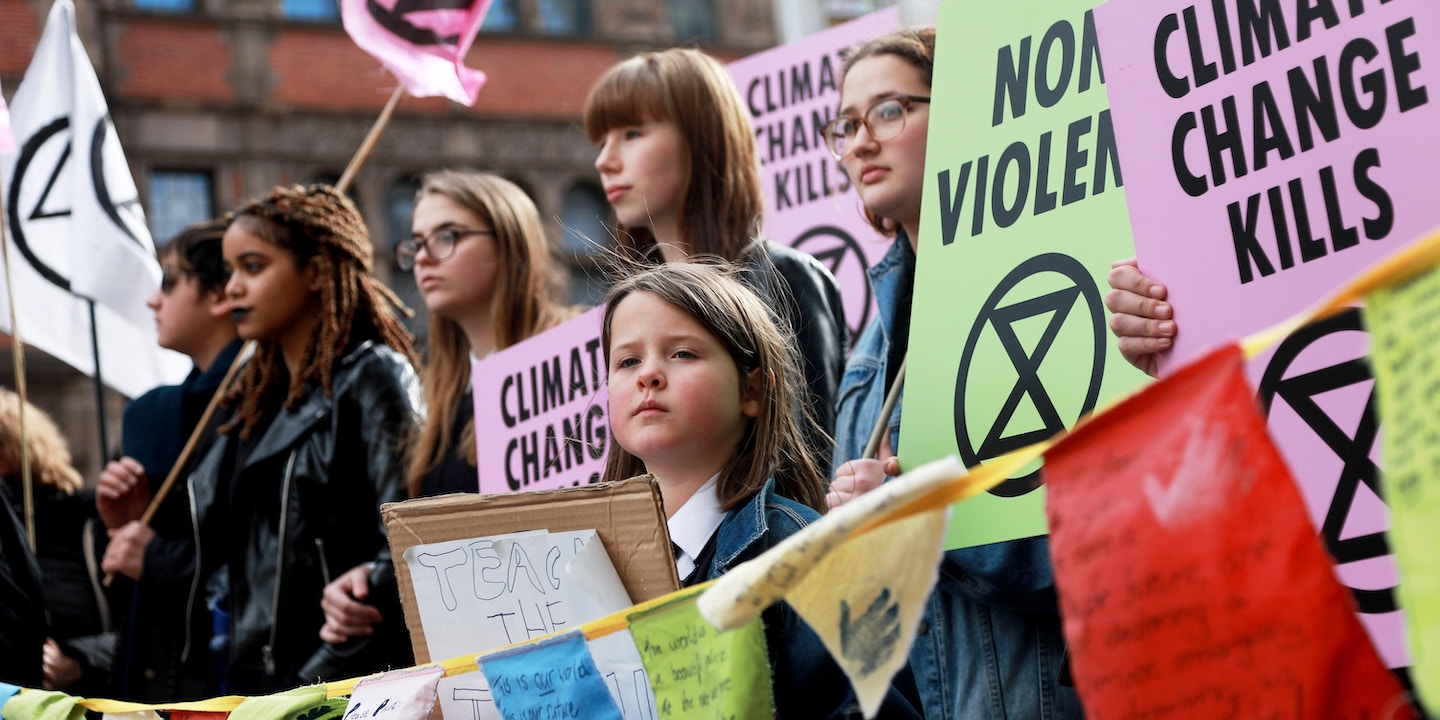 For her 16th birthday, Maddy Fernands asked her parents for an unusual gift: to switch the family to wind power. She didn’t want an iPhone, new clothes or — banish the thought — a car. Cars and trucks account for about a fifth of greenhouse gas emissions, and a significant amount of Fernands’s climate anxiety. “Sometimes we’ll be stuck in traffic and I’ll look outside and watch the exhaust coming out of the car in front of me and I’ll freak out,” she told me. “I feel so powerless to stop it.”

Fernands has been struggling with that sense of helplessness since she first became keyed into the accelerating timetable of climate change in seventh grade. “It seemed like the end of the world,” she said. “But the apocalyptic message wasn’t being broadcast. Nobody was taking correct action to put us on a path away from climate catastrophe.” Because her parents and teachers didn’t seem to share her urgency, Fernands decided that she herself would have to sound the alarm over climate.

Over the past year, Fernands, now a sophomore in high school, has connected with other young people around the country and the world who grasp how dire the climate crisis is. And today they’ll be taking to the streets in at least 105 countries. In the U.S., youth will strike in more than 100 cities, taking time off from school to demand radical legislative action to combat climate change and a transition to a 100 percent renewable economy.

As much as it is an effort to make the planet livable in the future, the strike is also, for many young activists, a sanity-saving expression of the grief and anxiety they shoulder about a quickly worsening crisis that older people have been unwilling or unable to fix.

The global climate strike movement, which has spread around the world in the past few months, has its roots in deep sadness. Greta Thunberg, the 16-year-old who was nominated for the Nobel Peace Prize for her climate activism on Wednesday, was so devastated by the knowledge that adults were failing to address the climate crisis that she had stopped eating, talking, and going to school. As she told “Democracy Now’s” Amy Goodman in December, “I was so depressed I didn’t see any point of living because everything was just so wrong.” Greta Thunberg, climate activist, stands on a stage during a rally at the town hall market in Hamburg, Germany, on March 1, 2019.

Thunberg’s emergence from this depression coincided with the beginning of her protests in front of the Swedish Parliament building and her calling bullshit on the adult response to climate change. “You only talk about moving forward with the same bad ideas that got us into this mess, even when the only sensible thing to do is pull the emergency brake,” she told the adults assembled for the Climate Conference in Poland in December. “You are not mature enough to tell it like it is.”

She’s not the only one who has found activism to be the cure for climate anxiety. Marcela Mulholland, a senior at the University of Florida, grew up in South Florida and has experienced the ravages of flooding, storms, and rising temperatures firsthand. “I was drawn to this work because of a deep sense of pain,” said Mulholland.

But over the past year, as she’s begun to volunteer with the Sunrise Movement, Mulholland has experienced a dramatic emotional shift. “I’ve found that there are other people who feel just as depressed and sad about it and are choosing to do something about these problems,” she said. “There has been no better antidote to despair and hopelessness than finding the other people who feel as I do and working with them to fix what is breaking our hearts.”

Climate change is causing mental anguish in people of all ages, according to Lise Van Susteren, a psychiatrist and member of the Climate Psychiatry Alliance. “When you’re hearing day in and day out that we’ve got 12 years, we’ve got 11 years, the oceans are collapsing, fires are burning, air quality is terrible, wear a mask, the anxiety is inescapable,” said Van Susteren. “It sticks itself into dark crevices in your brain.” For kids, she said, there’s often an added emotional layer of feeling betrayed by the older generation’s inaction.

Justine Berfond, a 22-year-old who lives in the Bay Ridge neighborhood of Brooklyn, agrees. “The tough thing is when the adults in our lives are like, don’t worry about it,” said Berfond, a senior at New York University. “They have good intentions. It’s like when you think there’s a monster under the bed when you’re little, and they tell you you don’t have to worry about it. But in this case, the monster is real.”

Berfond, who has been terrified about climate change since elementary school, has found relief in sharing some of the anxieties she used to keep to herself with other activists. “Every time the winter is rainy and there’s no snow, I get really upset,” said Berfond. “I talked about that in a Sunrise meeting recently — how I remembered winters being different. And every person around my age said, ‘Oh my god, I feel the same way.’” The discussion eased some of the burden. “Saying ‘I’m scared’ publicly is cathartic,” said Berfond.

But there are limits to the uplift. “The reality is that the climate crisis is really depressing,” said Oli Tierney, a 17-year-old climate activist in Louisville, Kentucky. Tierney has found that urging lawmakers to do something about the crisis has eased her feelings of helplessness. But nothing can shake her worry about her mother and grandfather, who both have disabilities and live in a coastal area of the Philippines that has already been hit by storms.

“I don’t know what will happen to them,” said Tierney. “That’s the thing that brings me to tears when I participate in actions. Every time I get ignored by politicians, I feel like I’m failing them.”

Tierney was thinking about her mother and grandfather when she and other young Kentuckians stormed Senate Majority Leader Mitch McConnell’s office last month to demand climate action. She was already facing possible suspension from school for skipping part of a class to attend a planning meeting for the protest. And then security guards told the protesters that if they didn’t leave, they would be arrested.

Tierney left — in tears. But girded by her fellow activists and her conviction that someone needs to call attention to the environmental catastrophe the adults around her are ignoring, she spent much of the next few weeks planning Friday’s walkout.

“They think threatening us with arrest and suspension will stop us, but it won’t,” said Tierney. “The climate crisis is way more frightening than that.”