In the absence of federal regulations, New Jersey is the first state to set safety levels for PFAS contamination and make companies pay for clean up. 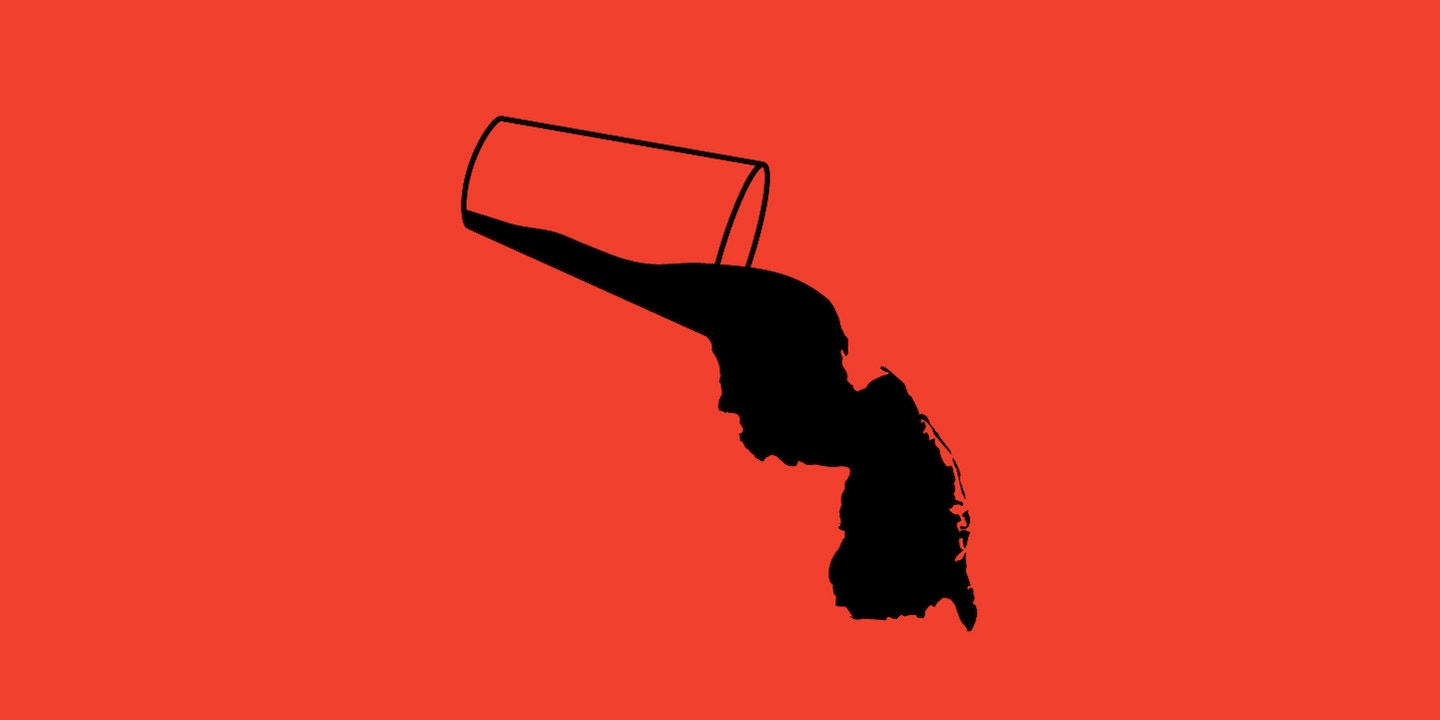 New Jersey laid financial responsibility for dealing with PFAS contamination squarely at the feet of the chemical companies responsible for it. The state’s Department of Environmental Protection issued a directive on Monday ordering five companies to pay the costs of dealing with the toxic chemicals that have been associated with numerous health problems, including cancer. The companies include 3M, which created both PFOA and PFOS; DuPont, the chemical giant that used PFOA to make Teflon since the 1950s at the now massively contaminated plant Chambers Works; and DuPont’s spinoff, Chemours.

Monitoring, research, and cleanup of the chemicals, which the state has already begun, is likely to ultimately total “hundreds of millions of dollars,” according to the order.

The hefty price tag reflects the state’s serious PFAS problem. New Jersey is thought to be one of the states most contaminated with these chemicals.

The hefty price tag reflects the state’s serious PFAS problem. New Jersey is thought to be one of the states most contaminated with these chemicals. Seventy percent of drinking water samples taken from 20 of New Jersey’s 21 counties contained at least one compound from the class of chemicals, according to research done in 2009 and 2010. And, last year, another state study showed that all surface water samples taken from 11 waterways and ecosystems around New Jersey contained PFAS. All the fish found there contained the chemicals as well. The state is also home to military bases that have been contaminated by firefighting foam, as well as several industrially polluted sites.

The order also announced the state’s intention to propose the lowest drinking water limits in the country for both PFOS and PFOA on April 1.

New Jersey, which has led the country in setting stringent safety levels for PFAS chemicals, is the first state in the U.S. to use these numbers to force cleanup costs onto the two mammoth companies.

But the state’s order also shines a light on a company that is not a household name: Solvay. A division of a Belgian chemical company, Solvay Specialty Polymers USA began using a compound known as PFNA in West Deptford, New Jersey, in 1990.

The largely untold story of PFNA, which Solvay used to make specialty plastic for semi-conductors and lithium batteries, parallels that of PFOA in several important ways. Like DuPont’s notorious chemical, PFNA was found to persist indefinitely in nature and harm pregnant mice and their developing offspring in lab experiments. Also like DuPont’s PFOA, PFNA also got into the air and water near the plant where it was used. A 2015 report Solvay submitted to the Environmental Protection Agency showed that more than 100 water samples around its plant contained PFNA. According to the New Jersey Department of Environmental Protection’s order, 83 wells around the site are now contaminated with PFNA and PFOA. And, like PFOA, the chemical at the Solvay plant was also accumulating in the blood of workers, according to a report filed with the EPA in 2004.

There is another unfortunate parallel between the two PFAS chemicals. Like the residents of Parkersburg, West Virginia, who had PFOA from a nearby DuPont plant in their bodies for years, the people of West Deptford, too, wound up being unwitting receptacles of a substance produced by their local chemical factory. In 2015, Solvay submitted a document to the EPA showing that the blood of seven people living near the plant had very elevated levels of PFNA. In one case, the level was 63 times the national average. Research has also shown that the chemical can be passed to infants through breast milk. According to the New Jersey Department of Environmental Protection order, Solvay, like DuPont, also knew about the contamination around its plant and kept it secret. “Solvay knew that it was discharging large amounts of PFNA into the environment from their West Deptford, New Jersey facility as least as early as 1991,” the order stated.

The revelation stunned local advocates. “It’s unconscionable that Solvay knew about the pollution and never disclosed it,” said Tracy Carluccio, deputy director of Delaware Riverkeeper Network, who has been working to address PFAS contamination in New Jersey since 2005. “People were exposed for years to a toxic substance without even knowing it.” Carluccio learned of PFNA in 2013 when she filed an open records request for water testing done in New Jersey and saw the chemical listed but didn’t realize the company had known of the pollution more than two decades earlier.

Solvay did not respond to multiple calls and emails seeking comment for this story.

Like DuPont and six other companies that made or used PFAS chemicals. Solvay had agreed to phase out PFNA as part of a voluntary deal with the EPA struck in 2006, in which eight companies promised to stop using and making PFAS compounds that were based on chains of eight carbons or more. (PFOA is based on an eight-carbon chain; PFNA has nine carbons.) These relatively “long-chain” chemicals are thought to take longer to clear from the human body. According to documents the company submitted to the EPA, Solvay stopped using the chemical in 2010.

Rather than stopping its use of PFAS compounds altogether, Solvay replaced PFNA with another toxic chemical in the same family. As with DuPont’s replacement for PFOA, GenX, which has been found in water in North Carolina, West Virginia, Italy, and Holland, the product Solvay introduced to solve environmental problems also wound up causing more contamination. According to the Department of Environmental Protection’s order, Chemours is still using both GenX and a related replacement chemical, HFPO-DA, at the Chambers Works plant. And HFPO-DA is now in New Jersey’s air and water.

Solvay’s substitute for PFNA has also spread beyond its plant. “Solvay’s Compound” — as New Jersey refers to the otherwise nameless chemical — “has been identified in environmental matrices in New Jersey’s Salem and Gloucester counties,” according to the state order.

Despite the 2006 agreement to limit the production and use of PFAS to compounds based on chains of seven or fewer compounds, Solvay’s replacement for PFNA inexplicably contains perfluorinated chemicals based on more than seven carbons, according to comments New Jersey submitted to the EPA in January.

The EPA did not immediately respond to questions about why it approved a replacement for PFNA based on more than seven carbons after it brokered a phase-out of such compounds.

Last year, New Jersey became the first state to regulate PFNA, adding the compound to its list of hazardous chemicals and setting a maximum level of the contaminant allowed in drinking water at 13 parts-per-trillion. The state had been using that number to find, treat, and remove PFNA from around the Solvay plant.

The New Jersey order gave Solvay 30 days to reimburse the state for the more than $3 million this work has already cost the state. The company has an additional 60 days to take over the treatment systems the state has already installed to deal with PFNA contamination from its site.

New Jersey has also tasked Solvay and the other companies named in the order with identifying not just all the PFOA, PFOS, and PFNA they ever manufactured, supplied, transported, stored, used, disposed of, and discharged in the state, but also giving the agency a complete accounting of any PFAS chemicals the companies used to replace them.

If they comply, the order, which ends with an address to which the chemical companies can send their checks, will mark the beginning of the end of an era. In the absence of federal regulations, citizens have up until this point been shouldering the enormous burden of PFAS contamination.

“States are taking actions to protect their citizens and can’t wait for the federal government to act,” said Rob Bilott, the lawyer who has been involved in battles over PFAS since he took on the first case over PFOA almost 20 years ago. “Taxpayers should not be forced to incur these costs.”

Correction: March 28, 2019
This story has been corrected to reflect that Solvay was using, not producing, PFNA at its West Deptford facility.