Joe Biden’s Union Schtick Is All Performance. His Pollster Just Signed Up to Lobby Against Labor for Trump’s NAFTA 2.0.

John Anzalone, senior Biden adviser, teams up with Trump team to help with passage of the new NAFTA deal. 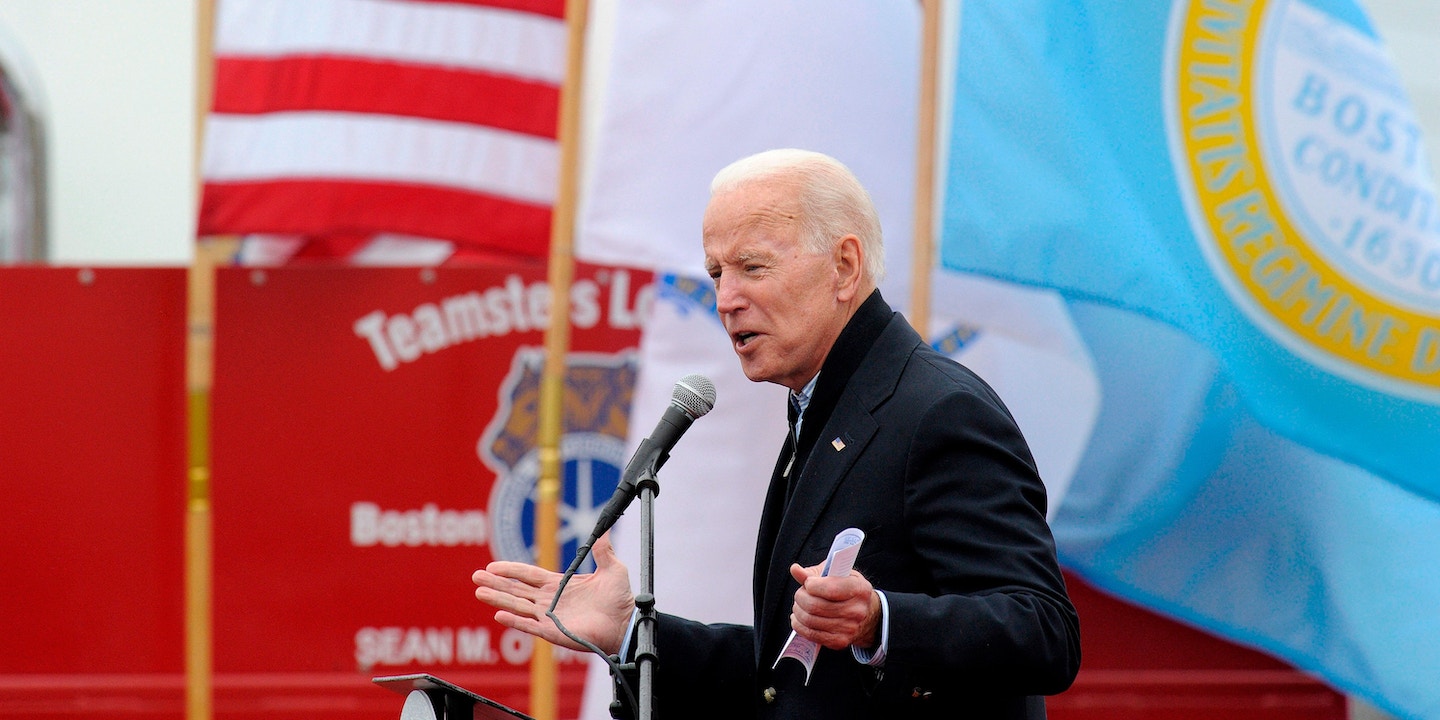 John Anzalone, an adviser and pollster for Joe Biden, is working for an industry-funded lobbying group formed to help pass President Donald Trump’s NAFTA 2.0, which unions have thus far opposed. The announcement was first made in Politico Playbook.

Anzalone is the president of Anzalone Liszt, a prominent Democratic polling firm. He is joining Trade Works for America, an organization co-founded by Marc Short, who is now Vice President Mike Pence’s chief of staff. Funding for the group, which expects to spend $15 million to $20 million, comes from “the pharmaceutical industry, oil and gas, the automotive and agricultural sectors, and traditional GOP donors.”

Trade Works has bipartisan co-chairs: former Republican Governors Association Executive Director Phil Cox, and former North Dakota Sen. Heidi Heitkamp, a Democrat. Last year, when she was in office, Heitkamp declared NAFTA 2.0, which Trump has termed the United States-Mexico-Canada Agreement, “disappointing.” (Anzalone, as a pollster, isn’t required to register as a lobbyist if he doesn’t spend a significant amount of time talking directly to lawmakers or their staff.)

Unions share Heitkamp’s prior assessment. The AFL-CIO formally announced opposition to USMCA in its current form in March. “The NAFTA renegotiation requires strong labor rights provisions and strong enforcement provisions that as of today are not yet in the agreement,” their statement read. The agreement also locks in protections for certain pharmaceuticals, which progressives have loudly opposed.

Biden has sought to position himself as a union stalwart, kicking off his campaign at a Teamsters local and winning the endorsement of the International Association of Fire Fighters. But he also had his first fundraiser hosted by a union-busting lawyer, and this week he held another fundraiser in Los Angeles at the home of a board member of Kaiser Permanente, the hospital chain currently mired in a labor dispute with the National Union of Healthcare Workers. Health care workers picketed the Biden fundraiser on Wednesday. Now, his pollster has joined an organization dedicated to passing a trade agreement labor unions are against.

Biden has also set himself up almost entirely in opposition to Trump, while his pollster pushes to get Trump a win on trade policy, a signature issue for the president.

Owen E. Herrnstadt of the International Association of Machinists has laid out labor’s opposition to USMCA: There is no funding for enforcement or monitoring in the agreement. The labor standards are framed as “principles” rather than actual rights, and fields not involving trade or investment don’t have to abide by them. Also, workers cannot get employers who violate the agreement sanctioned on their own. It’s not even clear whether the murder of a trade union activist would qualify as a USMCA violation, since violations must occur “periodically and repeatedly.”

Mexico did pass amendments to its labor law, which unions had said must be completed before any agreement. The amendments give Mexican workers access to secret-ballot union elections for bargaining and contracts, and ban “protection unions” set up before anyone is hired. However, unions still believe it falls short.

Trade Works for America has been talking up the agreement on Capitol Hill, claiming that it will support 14 million jobs. As economist Dean Baker has noted, an analysis by the U.S. International Trade Commission estimated that USMCA would add 0.02 percent of gross domestic product to the economy per year, “an increment that would be essentially invisible.” And those increases are only secured through “greater certainty” for business investment, which makes no sense since there is already a trade agreement in place with Canada and Mexico and has been for a quarter-century.

A spokesperson for Biden did not immediately respond to a request for comment.