Charging Julian Assange With Espionage Could Make His Extradition to the U.S. Less Likely

British authorities will have to decide whether to send the WikiLeaks founder to stand trial in the United States for publishing true information. 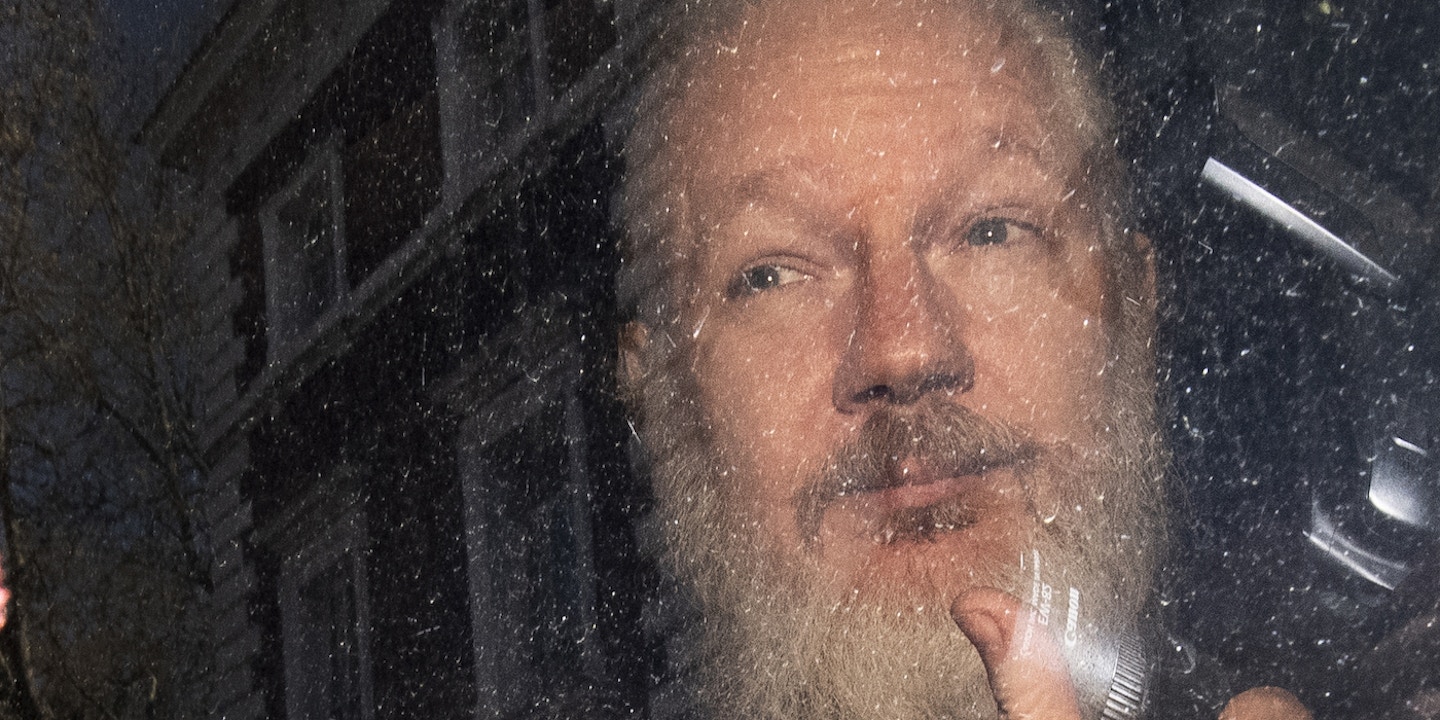 By charging Julian Assange with 17 violations of America’s World War I-era Espionage Act on Thursday, federal prosecutors in Virginia might have undermined their own chances of securing the extradition of the WikiLeaks founder from the United Kingdom.

That’s because the new charges relate not to any arcane interpretation of computer hacking laws, but to WikiLeaks’ publication of hundreds of thousands of American military reports and diplomatic cables provided by the former Army intelligence analyst Chelsea Manning in 2010.

The fact that WikiLeaks published many of those documents in collaboration with an international consortium of leading news organizations — including The Guardian, the New York Times, Le Monde, El País, and Der Spiegel — ensured that the charges against Assange were immediately denounced by journalists and free speech advocates as an unconstitutional assault on press freedom guaranteed by the First Amendment.

Assange's motives or membership in an undefinable "journalist" club are irrelevant to the very dangerous step that the Trump DOJ took today. We'll now find out whether *publishing* information (as well as seeking and obtaining it) may constitutionally be charged as espionage.

When you read Demers' quote, please remember that the President of the United States has repeatedly referred to the New York Times as "the enemy of the people." Do we really want Trump's Justice Department deciding who is and who is not a "journalist"? https://t.co/aaV8YfECAw

The uproar could make it easier for Assange’s lawyers in the U.K. — where he is currently serving a 50-week jail term for violating bail — to argue that he is wanted in the United States primarily for embarrassing the Pentagon and State Department, by publishing true information obtained from a whistleblower, making the charges against him political in nature, rather than criminal.

That would make his transfer to Virginia at the end of his jail term in London unlawful, since Article 4 of the U.S.-U.K. extradition treaty, signed in 2003, clearly states that “extradition shall not be granted if the offense for which extradition is requested is a political offense.”

In what could be an attempt by prosecutors to distinguish Assange’s publication of those documents from their use by news organizations, the indictment focuses on cases in which WikiLeaks published military intelligence files that were not redacted to remove the names of Iraqis and Afghans who had provided information to U.S. forces. According to Declan Walsh, who was The Guardian’s Pakistan correspondent at the time, Assange was indifferent to the harm he might cause by revealing those names, but, as the journalist Alexa O’Brien has reported, there appears to be no evidence that any of those individuals were killed as a result of the online disclosures.

British authorities are already faced with a competing extradition request from Sweden, where prosecutors have reopened an investigation of Assange for rape in response to a complaint filed in 2010. That case has already been adjudicated in England’s High Court. After Assange lost his final appeal against extradition to Sweden in 2012, he took refuge in Ecuador’s Embassy in London, where he lived until his asylum was revoked this year.

A British judge will issue a preliminary decision on whether to grant priority to the Swedish request or the American one, but the ultimate decision on Assange’s extradition will be made by a politician, the U.K. home secretary.

That process could be intensely political, given that Prime Minister Theresa May announced her imminent resignation on Friday, and one of the leading contenders to replace her is Sajid Javid, the current home secretary.

The disarray in Britain over the country’s stalled exit from the European Union could incline Javid, or his successor at the Home Office, to seek closer ties with the U.S. and expedited trade talks with U.S. President Donald Trump by sending Assange there, but there is also pressure on Javid to consider the Swedish request seriously in the wake of the #MeToo movement.

Last month, more than 70 British lawmakers signed a letter to Javid from Stella Creasy, a member of Parliament for the opposition Labour Party, urging him to give priority to an extradition request from Sweden. “We must send a strong message of the priority the U.K. has in tackling sexual violence and the seriousness with which such allegations are viewed,” Creasy wrote. “We urge you to stand with the victims of sexual violence and seek to ensure the case against Mr. Assange can now be properly investigated.”

That view was echoed on Friday by Christian Christensen, a professor of journalism at Stockholm University.

Espionage charges against #Assange are an attack on a free press. He should still be sent to Sweden.

Mark Klamberg, a professor in public international law at Stockholm University, argued last month that Assange might even have more legal protection against extradition to the U.S. if he is sent to Sweden, since Swedish law also bars extradition for political offenses, and any decision to send him to the U.S. would require the assent of the U.K. too.

For the record. I think it was reasonable, legal and desirable for Assange to be surrendered to Sweden to face rape allegations, the same does not necessarily apply when it comes to a surrender to the US since it essentially concerns (potentially) political crimes.