Joe Biden Bragged About Getting Republicans to Raise Taxes in 2012. It Was Actually a Disaster for Democrats. 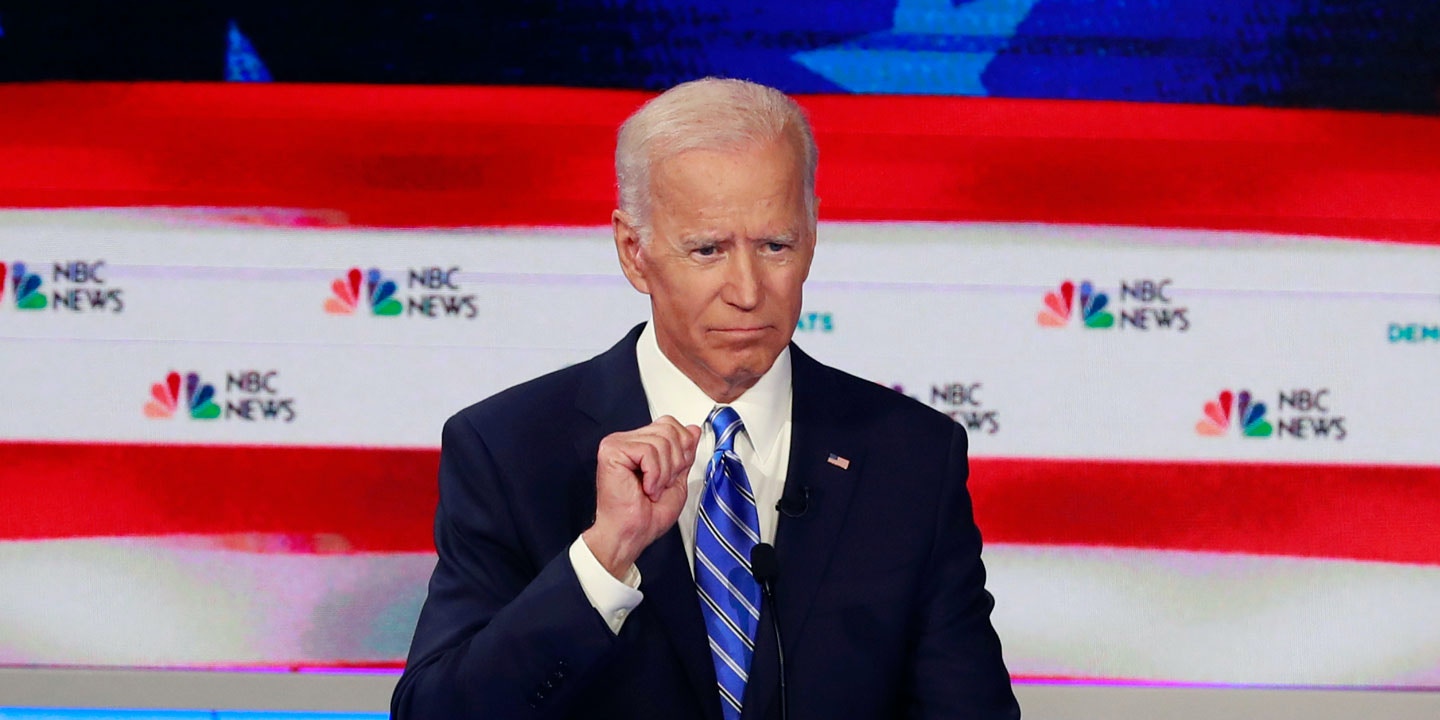 It didn’t take long for the political classes to decide that the biggest loser in part two of the first Democratic primary debate was former Vice President Joe Biden. California Sen. Kamala Harris ripped Biden for bragging about maintaining relationships with segregationists, leading Biden to bizarrely defend the right of local governments to pursue segregation as a policy. And the moderators raised his vote for the Iraq War while in the Senate.

The most unlikely Biden callout, though, came in the form of a recent history lesson by longshot candidate Colorado Sen. Michael Bennet. Bennet turned one of Biden’s own talking points back on him by pointing out the former vice president’s revisionist version of when he was taken to the cleaners by Republican Senate Leader Mitch McConnell.

Biden attempted to defend his acumen for negotiating with Republicans during Thursday night’s debate by citing his ability in late 2012 to convince McConnell to raise taxes. The problem for Biden was that multiple people on stage had witnessed Biden’s effort, and it was an utter catastrophe for Democrats.

Bennet jumped on Biden, laying out the reality of Biden’s faceplant. The episode was the subject of an Intercept article published earlier this week, drawn from my new book, which looked back at the pivotal “fiscal cliff” negotiations.

Tax cuts from the George W. Bush era were set to expire, which would have brought $3 trillion in revenue to the federal government over 10 years. Biden settled with McConnell for a mere $600 billion, making the rest of the tax cuts permanent.

“I got Mitch McConnell to raise taxes $600 billion!” Biden said.

Bennet wasn’t having it. “The deal that he talked about with Mitch McConnell was a complete victory for the tea party,” Bennet said. “That was a great deal for Mitch McConnell. It was a terrible deal for Americans.”

Biden botched the late 2012 talks badly, but the cascading effects of the deal were even more damaging for Democrats. The deal did not address the debt limit and punted what’s known as the sequester — automatic spending cuts — only to March, rather than eliminating it, as Democrats had been pushing for.

Senate Democrats urged Obama to threaten to veto any spending bill that didn’t fix the sequester, but Obama declined, saying he didn’t want to risk a government shutdown. As Roll Call reported at the time, “By making all of the tax cuts permanent but only avoiding the sequester for two months, the president traded away most of his leverage in return for only half of the revenue he had been seeking — and no clear way to force Republicans to the table for more.”

The Obama administration expected that, by the spring, it would be able to win further concessions from McConnell. It turned out — quite obviously to many observers at the time — that McConnell had no interest in negotiating: He had gotten everything he wanted, and wouldn’t agree to lift the sequester. That meant spending was cut to austerity levels, which slowed economic growth and kept unemployment higher than it otherwise would have been. Obama himself warned the sequester would cost 750,000 jobs and knock half a point off that year’s GDP. “We’re not making that up. That’s not a scare tactic. That’s a fact,” Obama said.

It did indeed take a bite out of the economy, and that slower growth helped Republicans take the Senate in 2014. In 2016, when Supreme Court Justice Antonin Scalia died, Obama nominated Merrick Garland to replace him. But without control of the Senate, Obama couldn’t force a vote. McConnell held the seat open and, after Donald Trump’s election, filled it with Neil Gorsuch.

Correction: June 28, 2019, 11:07 a.m. ET
Due to an incorrect caption from Getty Images, a previous version of this story included a photo of Joe Biden with John Hickenlooper, who was misidentified as Michael Bennet. The photo has been replaced with one of Biden.