History Has Taught Us That Concentration Camps Should Be Liberated. We Can’t Wait Until 2020.

Few of us have fully considered what we would do if concentration camps were built and operated in our nation, by our government, on our watch, on our dime. 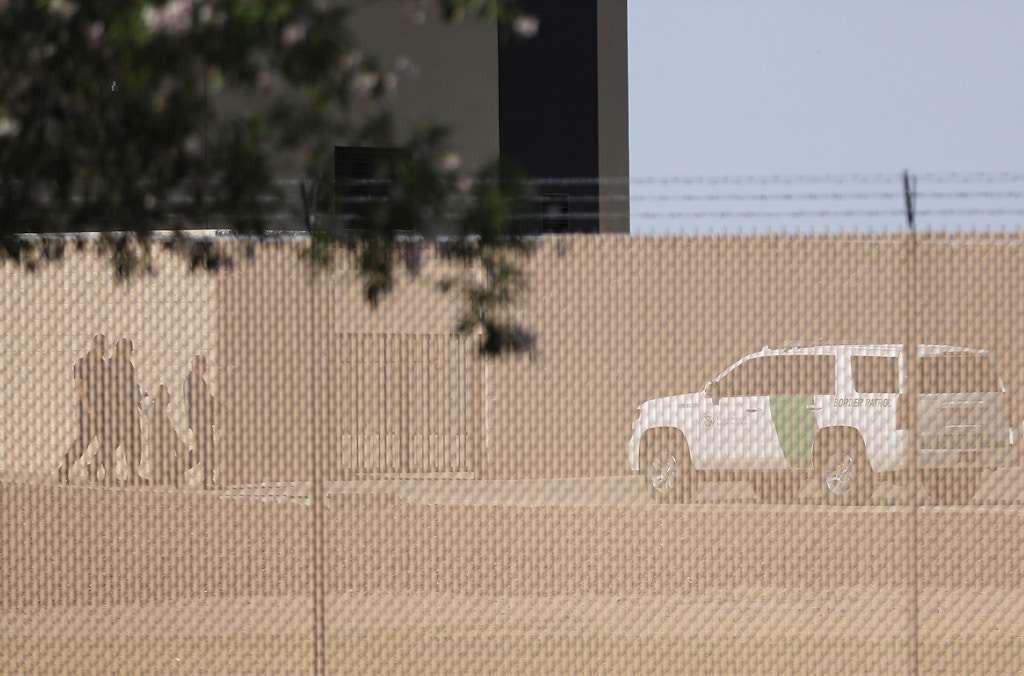 The scene outside the U.S. Border Patrol station where lawyers reported that detained migrant children had been held under bad conditions in Clint, Texas, on June 26, 2019.

“Yes, we do have concentration camps,” began the stinging critique of the Trump administration’s immigration detention facilities. It was written earlier this week by the editorial board of the Salt Lake Tribune, in the reliably conservative state of Utah.

But amid the debate about what to call immigration detention facilities, few people have disputed the truly terrible conditions that exist within them. Migrants have long reported awful experiences in immigration custody, but in recent months, an increase in the number of people, especially families and children, crossing the border and being detained has led to severe overcrowding.

Dr. Dolly Lucio Sevier was granted access to a Border Patrol facility in McAllen, Texas, and wrote in her report about it that “the conditions within which they are held could be compared to torture facilities.” They “felt worse than jail.” The kids she examined were forced to endure “extreme cold temperatures, lights on 24 hours a day, no adequate access to medical care, basic sanitation, water, or adequate food.”

It’s not an accident. These systems are cruel by design.

Over the past year, seven children have died in U.S. immigration custody or shortly after being released. These deaths occurred after 10 years during which not a single child died. Elora Mukherjee, director of the Immigrants’ Rights Clinic at Columbia Law School, told The Atlantic that the stench in some detention facilities is so horrible that it was hard for her to even have a focused conversation with the children. Babies didn’t have diapers. Young kids were forced to care for infants who they didn’t even know. Clothes were covered in snot and excrement. Baby bottles were used without being properly cleaned and sterilized. All of these conditions have created environments where sicknesses and diseases spread like wildfire. In one facility, lice spread from child to child, and when the children were forced to share “lice combs,” and one somehow got lost, dozens of kids were punished by having their bedding removed. They had to sleep on the cold concrete floor.

This is why we say that cruelty is the point. It’s not an accident. These systems are cruel by design. The idea is to make it miserable to deter people from coming to the U.S. These detention centers are reckless and dangerous.

As many have pointed out, we need to remember exactly how and why the teenage diarist Anne Frank actually died. She was not gassed to death in a Nazi death camp. Instead, she died of neglect, malnutrition, and disease. It’s believed that she and her sister Margot contracted and died from typhus. In December 1944, a minor miracle occurred when Nanette Blitz, a lifelong childhood friend and classmate of Anne’s, was transferred to the Bergen-Belsen camp where the Frank sisters were being held.

“She was no more than a skeleton by then,” Blitz recalled. “She was wrapped in a blanket; she couldn’t bear to wear her clothes anymore because they were crawling with lice.” Guess what? Lice are the primary carriers of typhus. That’s how the disease spread.

And right now, today, we have prison camps across the United States where the same thing is happening. Multiple reports state that emergency conditions are repeatedly ignored until they result in death. The adults and children in these camp aren’t accused of being a danger to society. They haven’t been charged with violent crimes. Yet they are clearly being punished in the most severe ways.

Here’s where I am. If we have doctors, historians, and leading congresspeople calling these facilities “torture facilities” and “concentration camps,” and we all see the deaths piling up, and the conditions growing perilous, the question becomes: What exactly are we going to do about it?

For all the years that we’ve read and heard about concentration camps in other countries under other regimes, I don’t think many of us fully considered what we would do if such camps were built and operated in our nation, by our government, on our watch, on our dime. But that’s exactly where we are right now.

My soul is uncomfortable with where we are.

I swear, I am not trying to be inflammatory. I don’t mean this as a threat of violence or physical force, but I thought that concentration camps were supposed to be liberated. I thought that kids being held against their will in such atrocious conditions were supposed to be rescued. I don’t know what that kind of rescue would look like in present-day terms, but I know this much: My soul is uncomfortable with where we are.

It seems like our game plan is to focus on defeating Trump, and in the meantime, sue the administration until it incrementally agrees to start allowing kids to brush their teeth or wash their hands with soap. It just doesn’t seem to be enough. What if Trump wins again? Is our game plan then to wait four more years to hope we end these monstrous camps? Even if a Democrat wins, pledging to improve conditions, how can we hold them to account and demand that migrants be freed?

I always wondered how concentration camps lasted for so many years during the Holocaust, but now that we have our own, I see how. It’s a mix of fear, indifference, and lack of political will. We see the consequences of doing nothing, but it seems as though we’ve put all of our eggs into the basket of a far-off election. And I just don’t feel good about it.

What the Concentration Camps of Bosnia Can Teach Us About the Abuse of Immigrants on the U.S. Border

I’m a Journalist but I Didn’t Fully Realize the Terrible Power of U.S. Border Officials Until They Violated My Rights and Privacy

Ocasio-Cortez Not Apologizing to Kevin McCarthy: “He Should Apologize to the Children That Have Been Separated From Their Parents”