The new superdelegate rules, combined with a crowded field and early elections, could lead to a brokered convention in 2020. 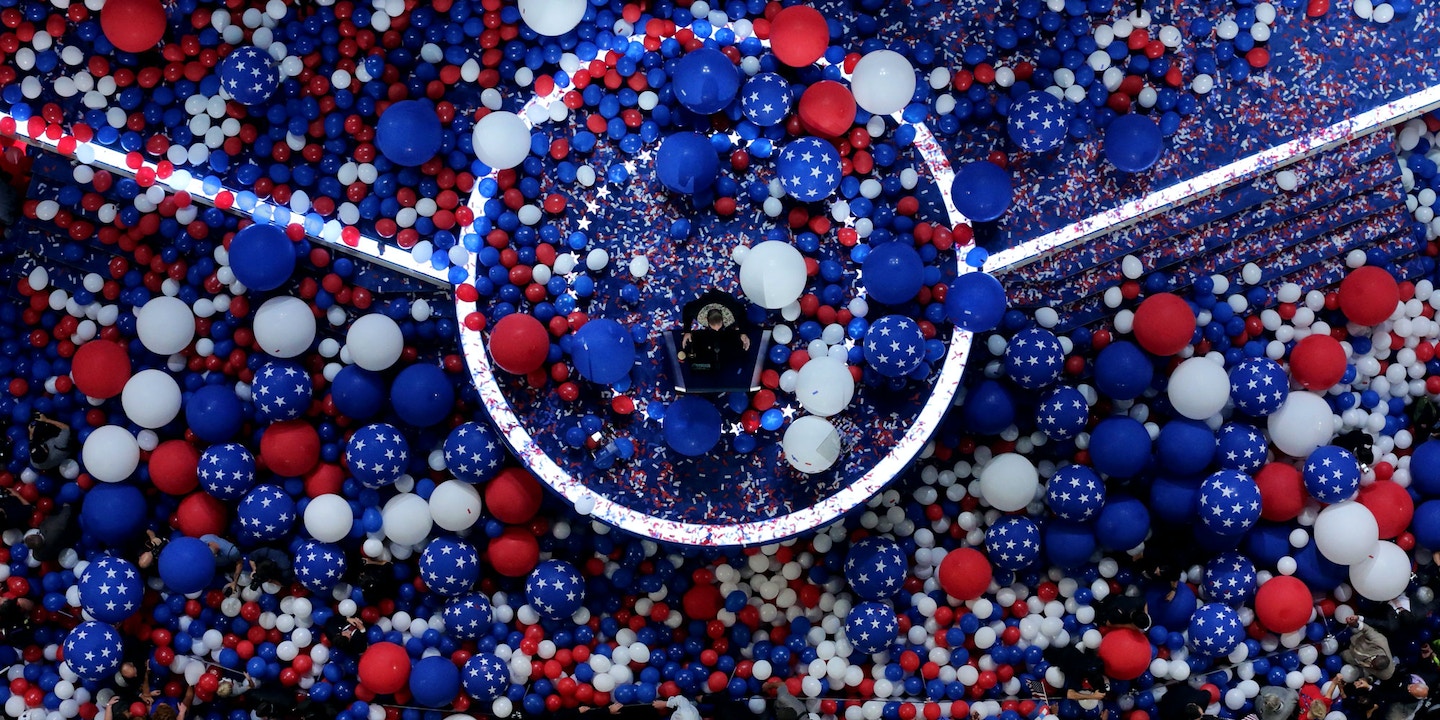 The era of smoky backroom deals and political power brokers in charge of the Democratic Party could come roaring back in Milwaukee next year, when thousands of party faithful convene to formally select the party’s presidential nominee at the Democratic National Convention.

The party’s delegate allocation rules, combined with the large number of candidates and an early election calendar for key states, have laid the groundwork for a small group of lobbyists and party officials to potentially play a deciding role in choosing the nominee.

If no single candidate receives a majority of pledged delegates in the initial vote of the convention, called the first ballot, the nomination goes to what is known as a brokered convention, in which so-called superdelegates participate in subsequent rounds of nomination votes.

Given that there are more than 25 candidates, including four to five with significant support in the polls, it’s possible that there will be no clear frontrunner by the convention in July next year. In that scenario, around 764 superdelegates — a group comprised of elected officials, party elders, and prominent consultants unbound by the will of voters — could dramatically remake the path to the nomination.

The superdelegates were added to the Democratic Party in the early 1980s as a sort of insurance policy, giving establishment figures a permanent share of delegates to guard against nominating a candidate they viewed as a political liability. The superdelegates include elected officials; former “distinguished party leaders,” including Howard Dean and Dick Gephardt; prominent party consultants; and state party officials, most of whom are chosen by the Democratic National Committee or the state parties.

Last year, after superdelegates fueled controversy over the party tilting the scales during the 2016 presidential primary, the Democratic National Committee shot down a proposal to remove superdelegates. Instead, the DNC moved to allow superdelegates to continue to hold power, but only vote in the case of a brokered convention.

A growing number of superdelegates are currently employed by presidential candidates, an arrangement that means some will enter the convention with less than neutral standing.

In preserving the role of superdelegates, the Democratic Party is allowing conflicts of interest to proliferate — conflicts that could let outside interests influence the nomination process. Many superdelegates also work as professional influence peddlers seeking to shape policy debates around heated issues such as taxation, finance, technology, health care, and defense contracting.

The Intercept has reviewed lobbying records and identified at least eight superdelegates who are currently working with health care clients lobbying against Medicare for All. Goldman Sachs, Citigroup and JPMorgan Chase each have lobbyists who double as superdelegates.

And a growing number of superdelegates are currently employed by presidential candidates, an arrangement that means some will enter the convention with less than neutral standing.

Last month, the Bernie Sanders campaign hired Susie Shannon, an anti-poverty activist and superdelegate, as its California state political director. DNC member and superdelegate Laphonza Butler is a senior consultant working with Kamala Harris’s campaign. Joe Biden’s staff includes two superdelegates, Simone Sanders and Cristobal Alex. Cory Booker, meanwhile, hired Clay Middleton, a superdelegate from South Carolina. And the Beto O’Rourke campaign retained the services of superdelegate Jeff Berman to help his campaign court other superdelegates. The campaigns either did not respond to inquiries or declined to comment for this story.

The Democratic National Committee did not respond to a request for comment. Marcus Mason, a lobbyist and former superdelegate, told The Intercept in an email that he saw no conflict with delegates serving also serving as consultants.

“I don’t see any conflict of interest with lobbyists being DNC delegates,” wrote Mason. “Before they are lobbyists they are citizens and Democrats.”

The high drama of brokered conventions — in which delegates are traded or switch loyalties until a majority is achieved — was once common. In 1932, Franklin D. Roosevelt secured the nomination in the fourth ballot, only after John Nance Garner traded his delegates for a spot as Roosevelt’s running mate. The last time the Democratic Party went to a brokered convention to select a nominee was in 1952 when it took three ballots to nominate Adlai Stevenson.

Superdelegates exist as a bulwark against populist insurgents.

The scandal-plagued 1968 convention, when Hubert Humphrey won the nomination without running in the primaries, led to populist reforms that largely removed the power of the party bosses, added transparency, and centered the nomination on the will of voters. The following presidential cycle, voters ushered in George McGovern as the party candidate.

The Democratic rules differ dramatically from the Republican Party’s, which allocate delegates on a winner-takes-all basis for many states, allowing a single candidate to quickly dominate the field even if they do not win a majority of votes. In 2016, for instance, Donald Trump only won 32.51 percent of the vote in the South Carolina GOP primary, but won all 50 South Carolina delegates, given the state’s winner-takes-all system.

The Democrats’ proportional allocation rules provide a far more equal playing field over the Republican Party nomination system, yet the superdelegates exist as a bulwark against populist insurgents.

Rhodes Cook, a veteran election observer, noted that the superdelegates were designed as a “firewall to blunt any party outsider that built up a head of steam in the primaries.”

In recent election years, candidates often performed well enough in one of the early states or a cluster of them, and the ensuing media attention and campaign donations to the perceived frontrunner helped clear a path to the nomination.

Next year could be different. Texas and California will vote earlier than usual, with a dozen other states, on March 3, Super Tuesday. That might occur before a single candidate has emerged as the clear leader. If multiple candidates maintain solid support over the first two months of the primaries, the field could remain fractured until the convention.

Ray Buckley, chair of the New Hampshire Democratic Party, who also serves as a superdelegate, rejected the possibility of a brokered convention. He told The Intercept that he believes that contest next year will be over by Easter. He cited current rules that allocate delegates either on a proportional basis for every candidate who earns at least 15 percent of the votes in each state, or based on the percentage received by the candidate with the most votes if no candidate reaches the 15 percent threshold.

“The large number of candidates divide the vote in such a manner that it is doubtful that anymore than two or three would attain the 15 percent threshold to be awarded delegates,” said Buckley. “The math simply isn’t there for a second ballot, in my opinion.”

But the possibility of a brokered convention, with party insiders and superdelegates potentially canceling out the will of voters, has many activists worried.

“In the event of a brokered convention, the donors and lobbyists will insist that the party nominate the establishment candidate,” warns Nick Brana, founder of the Movement for a People’s Party. Brana previously worked with Sanders on delegate outreach.

“Others are party officials and members of Congress who are personally close with the donors, dependent on them, or plan on seeking high-paying corporate and consulting jobs in the future,” Brana said.

“Superdelegates are a reinvention of the party boss system,” Brana added. “They were created to give party insiders veto power over a progressive nominee and they would fulfill that mission.”

During the last presidential primary, the use of superdelegates fueled widespread confusion and anger. In state after state that Sanders had won over Hillary Clinton, the media projected that Clinton had in fact won more delegates by adding the number of superdelegates who had pledged loyalty to her. At the 2016 Democratic National Convention in Philadelphia, a number of activists attempted to overhaul the superdelegate system, only to be shot down by party leaders and Clinton delegates.

David Segal, executive director of Demand Progress, was heavily involved in the failed effort to do away with superdelegates. Now, he worries that the current system could lead to dysfunction and a small number of powerful insiders effectively hijacking the nomination.

“There’s a serious likelihood that we end up in a convention where there’s no candidate with a clear majority of pledged delegates, or even a substantial plurality,” Segal said.

“There’s reason to be concerned that in general, superdelegates would skew the outcome in a less progressive-populist direction, and it’s more generally possible that the process could be particularly contentious and lead to unusual outcomes,” he continued. Segal imagined the possibility that the process could become so contentious that party leaders could push for the nomination of a candidate who wasn’t even running.

“I wish we had just eliminated the superdelegates,” said Khanna. “I don’t think there’s any reason I should have a greater vote over 300 million other Americans in picking our president. It’s just anti-democratic.”