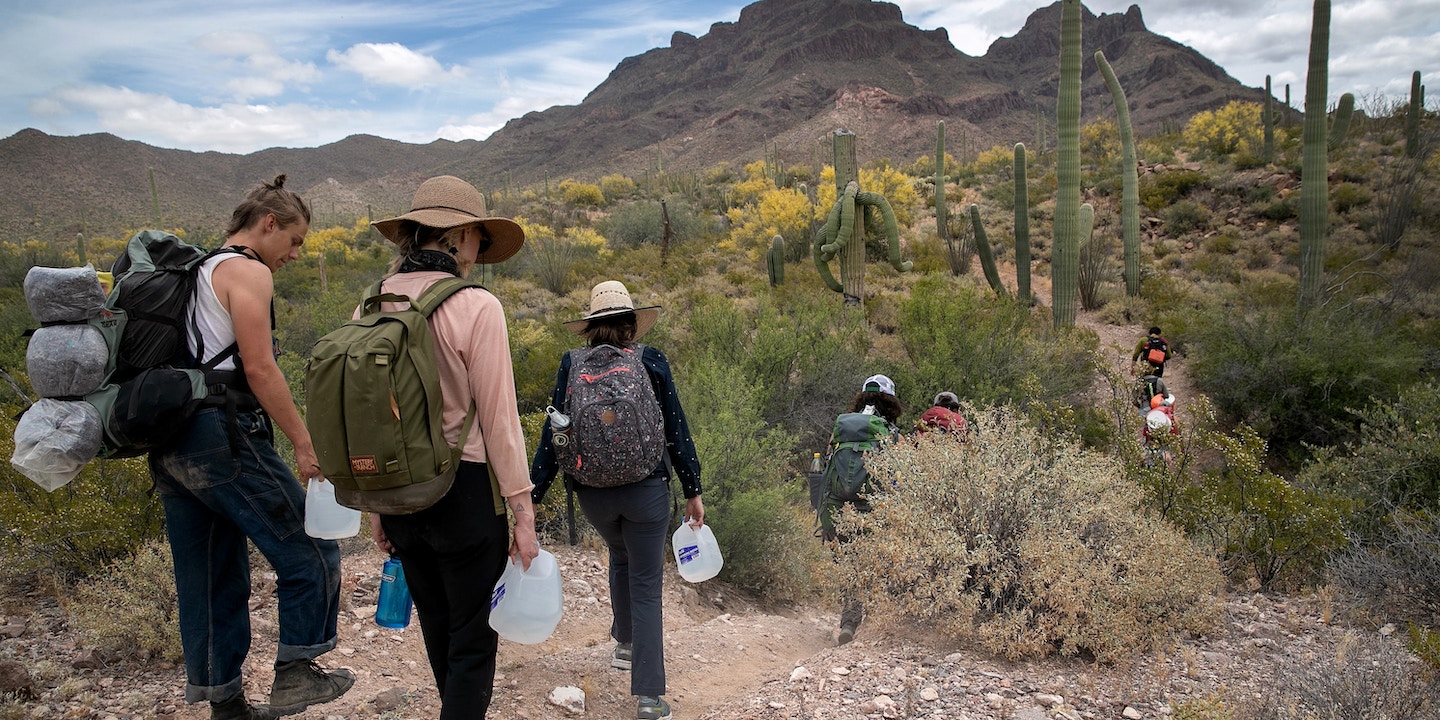 The shape of the Trump administration’s approach to policing immigration is at this point familiar. Since January 2017, federal agents and officers have been under orders to enforce a harsh interpretation of immigration laws without restraint. The result has most infamously manifested in the forced separation of immigrant parents from their children and, more recently, a series of horrific reports detailing conditions in border-area detention centers.

Though undocumented people have always been the core target of this campaign, the blast radius of the government’s hyper-politicized crackdown has steadily expanded over the years. A new report published by Amnesty International on Tuesday details a two-yearlong attack on human rights defenders, attorneys, and journalists working along the U.S.-Mexico border, calling out a pattern of escalating enforcement in violation of domestic and international law.

The U.S. “government has executed an unlawful and politically motivated campaign of intimidation, threats, harassment, and criminal investigations against people who defend the human rights of migrants, refugees and asylum seekers,” the report said, adding that both the Department of Homeland Security and the Department of Justice “have increasingly misused and leveraged the criminal justice system to deter and punish those individuals for challenging — or even simply documenting — the systematic human rights violations by US authorities against migrants and asylum seekers.”

Brian Griffey, a lead researcher on the report, wrote to The Intercept: “These attacks on human rights defenders are an integral part of the Trump administration’s broader campaign of human rights violations against people seeking asylum on the U.S.-Mexico border.”

“The Trump administration’s contempt for lawyers, journalists, and good Samaritans shows its greater contempt for the rule of law and the judiciary, as it continues to apply human rights-violating policies broadly and as quickly as it can, to do maximum damage to vulnerable communities,” before courts are able to rein them in and restore order, he added.

Based on nearly two dozen interviews, the report drew on dozens of cases in Texas, Arizona, and California from 2018 to 2019, in which immigration advocates, attorneys, and journalists were targeted by law enforcement with actions ranging from surveillance and prolonged detention to the charging of serious felonies. The human rights organization argued that by unlawfully choking off asylum access at ports of entry and dumping asylum seekers who have made it to U.S. soil back into dangerous Mexican border towns, U.S. officials and their Mexican counterparts first manufactured a crisis, then criminalized the civilian response to it.

“By discriminatorily targeting human rights defenders — most of them US citizens — based solely on their political or other opinions, speech and activities, the Trump administration has violated international law, the US Constitution, US laws, and corresponding DHS policies that acknowledge those legally binding civil liberties protections,” the report said.

Amnesty specifically pointed to violations of “freedom of expression; right to privacy; equality under the law; and freedom from discrimination, including on the basis of political or other opinion” by U.S. law enforcement under international law. In the domestic context, the organization said the administration’s crackdown violated “constitutional guarantees of freedom of speech under the First Amendment; and equal protection under the law, without discrimination, under the Fourteenth Amendment.”

Two episodes documented by Amnesty, and previously exposed by The Intercept, have emerged as the clearest examples of law enforcement targeting people whose work does not align with the Trump administration’s border and immigration agenda: an expansive, binational, multi-agency, intelligence-gathering operation focused on migrant caravan-related advocacy and journalism in the Tijuana-San Diego area, and the criminal prosecution of nine human aid volunteers working with migrants crossing the Arizona desert. In both cases, Amnesty found that law enforcement leaned heavily on a portion of the U.S. criminal code — known as 1324 — to justify its targeting of advocates in the borderlands. Noting that “a federal appellate court struck down the human smuggling crime being applied by DHS to justify its politically motivated surveillance,” Griffey, the Amnesty researcher, said the “laws being applied by US authorities are vague and inconsistent with international standards.”

The best known Trump administration smuggling prosecution is the case of Scott Warren, an Arizona-based humanitarian aid volunteer who was arrested in January 2018 and accused of providing two undocumented men with food, water, and a place to sleep over two days. Charged with two counts of harboring and one count of conspiracy, Warren faced up to 20 years in prison. In June, a federal judge declared a mistrial in Warren’s case.

Describing his arrest as a “retaliatory attack” — Warren was arrested hours after a group he volunteers with published a report implicating the Border Patrol in the destruction of thousands of gallons of water left for migrants in the desert — Amnesty spearheaded an international campaign calling for the charges against Warren to be dropped.

“If Dr. Warren were convicted and imprisoned on these absurd charges, Amnesty International would recognize him as a prisoner of conscience — detained for his volunteer activities motivated by humanitarian principles and his religious beliefs — and would continue to campaign for his immediate and unconditional release, and for his criminal record to be expunged,” the report noted.

Warren and his attorneys, along with the government’s prosecutors, were back in court Tuesday, just as the Amnesty report was made public.

Two DHS officials who spoke to Amnesty on the condition of anonymity questioned the propriety of using smuggling statutes against individuals involved in humanitarian aid or asylum advocacy. In May, The Intercept reported on the case of Ana Adlerstein, who was detained by Customs and Border Protection officials and threatened with smuggling charges after she accompanied an asylum seeker to an Arizona port of entry. “That’s not the purpose of 1324, and no US Attorney would prosecute that,” a CBP investigator told Amnesty. “The purpose of that is if 10 people sneak across the border, and there’s someone waiting on the other side with a car.”

A special agent with Homeland Security Investigations, the investigative wing of Immigration and Customs Enforcement, told Amnesty that their agency takes an interest in cases when there’s a profit motive involved. “We would be interested if it is profit-based, and that is our entire interest in the caravans: Is there a connection to organized crime, and is there exploitation occurring?” the agent said. “Otherwise there’s a concern for immigration law, but HSI doesn’t get involved unless there’s an organized breach of law that involves crossing the border.”

“It’s really subject to the prosecutors, and when you call them on the phone, you describe to them the circumstances,” the agent went on to say. “And they would be hard pressed to make a 1324 ‘aiding and abetting’ claim against people just for providing advice and assistance to asylum seekers.”

In spite of the crackdown, Griffey argued that humanitarian work and advocacy for immigrants on the border will continue.

“No matter how much the U.S. and Mexican governments neglect or abuse people in need on the border,” he said, “we’ve seen how NGOs, border communities, and communities of faith have all stood up and provided care to migrants and asylum seekers, when the governments have failed to do so.”