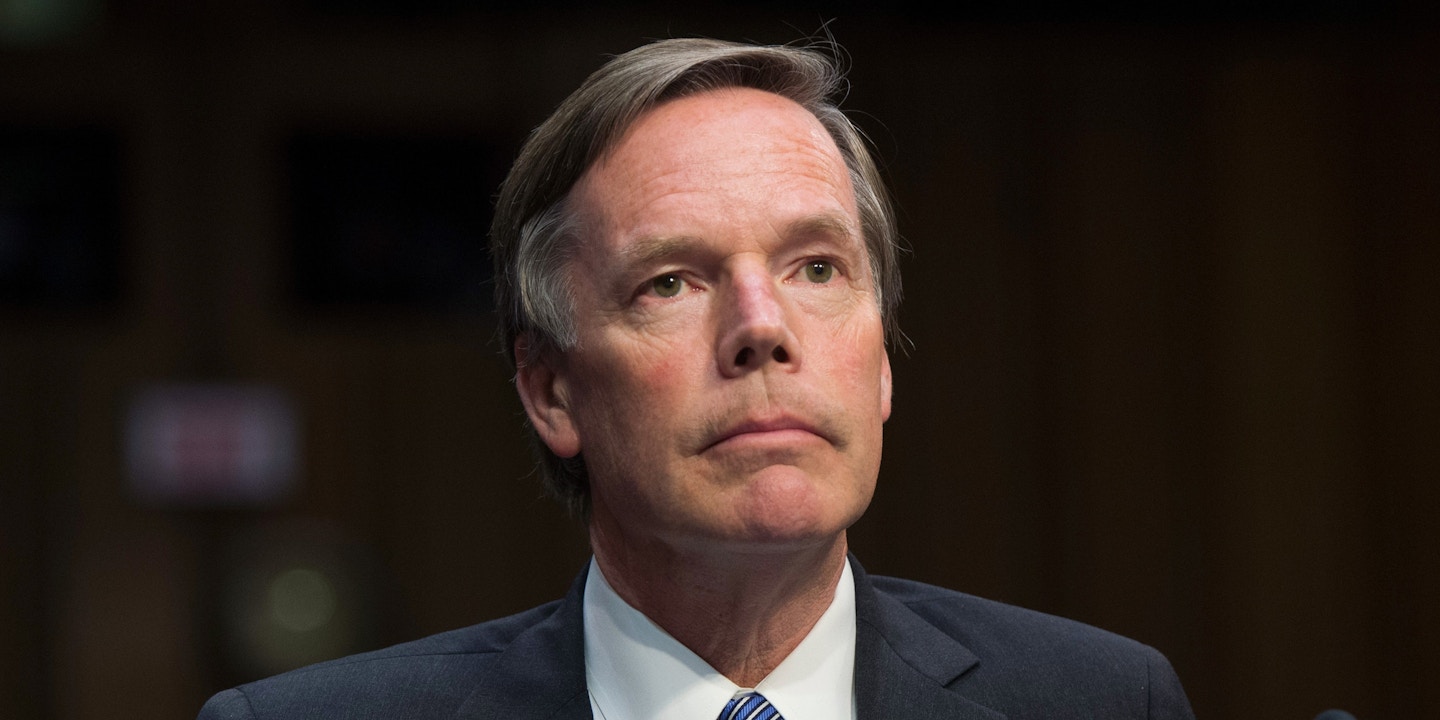 Joe Biden’s new foreign policy adviser was a supporter of the Iraq War while serving in the George W. Bush administration, though he now says it was “a pretty serious blunder.” Nicholas Burns, whose hiring was first reported by CNN on Monday, has also called NSA whistleblower Edward Snowden a “a traitor.”

Biden, of course, was a supporter of the war himself and later advocated splitting Iraq into three independent countries along sectarian lines. In the runup to the war, Biden was chair of the Senate Committee on Foreign Relations.

Burns worked on the National Security Council staff under presidents George H.W. Bush and Bill Clinton. He then served as ambassador to NATO, and later undersecretary of state for political affairs, the third-ranking position in the State Department, under George W. Bush. Burns retired in 2008 from public service and has since been a senior counselor at the Cohen Group, a global lobbying and influence firm, as well as a professor at Harvard’s Kennedy School. He was an adviser to the presidential campaign of Hillary Clinton.

According to his Harvard resume, he is a consultant for Goldman Sachs. His Harvard bio also lists speeches he gave in 2018, some of which he says he was paid for. He spoke to Bank of America, State Street, CitiBank, Honeywell, and a number of other companies, universities, and associations.

“The most important thing Joe Biden needs to prove regarding foreign policy is that he has learned from his disastrous decision to support going to war in Iraq and other foreign countries around the globe,” said Alexander McCoy, political director of Common Defense, a progressive, grassroots veterans organization. “It’s not encouraging that, out of countless possible choices, Joe Biden selected a foreign policy advisor who also supported the invasion of Iraq, the biggest foreign policy mistake of a generation — a mistake that veterans like us still are suffering the consequences of.” McCoy added that Biden had yet to sign the group’s pledge to end the nation’s “forever wars.”

CNN reported that Burns was hired by Tony Blinken, Biden’s longtime Senate foreign policy aide, who helped craft Biden’s own support for the Iraq War. Blinken followed Biden to the Obama administration, serving as the veep’s national security adviser from 2009 to 2013, where he and Biden oversaw the troop drawdown in Iraq, a process that led to chaos on a scale that rivaled the initial occupation and insurgency. Blinken became Obama’s deputy national security adviser in 2013.

Biden has not always been on the hawkish side of a foreign policy argument. Early in his tenure, Obama pushed for a rapid increase in troop deployments to Afghanistan; Biden argued internally that it was a flawed strategy. He lost the argument but was correct, as the troop surge failed to meet any of its objectives.

Biden’s foreign policy legacy has been colored by a damning comment made by Obama Defense Secretary Robert Gates in his memoir: “He’s a man of integrity, incapable of hiding what he really thinks, and one of those rare people you know you could turn to for help in a personal crisis. Still, I think he’s been wrong on nearly every major foreign policy and national security issue over the past four decades.”

Biden’s choice of Burns, and his links to the George W. Bush administration and support for the Iraq War, puts the direction of his campaign in stark contrast to the foreign policy platform President Donald Trump is likely to run on. Though Trump has ramped up the drone war, which has corresponded with a spike in civilian deaths, and hired the bellicose John Bolton as national security adviser, who is in the process of maneuvering Trump into open conflict with Iran, he no doubt plans to run for reelection as an isolationist who ended American wars overseas. Indeed, Trump’s informal foreign policy adviser, Tucker Carlson, has warned him that he risks muddling that message by letting Bolton trick him into a war with Iran.

Foreign policy has not played a major role in the Democratic primaries so far, unlike in 2008, when Hillary Clinton’s support for the Iraq War helped sink her campaign. Biden, in laying out his foreign policy vision in a recent speech, pledged to “end the forever wars in Afghanistan and the Middle East.”

The Cohen Group, founded by Clinton administration Defense Secretary William Cohen, represents weapon-makers and other companies with interests in the U.S. and overseas.

Update: July 24, 2019
This story was updated to include comment from Alexander McCoy.