The Massachusetts AFL-CIO unanimously passed a resolution that makes supporting Medicare for All a prerequisite for a presidential endorsement. 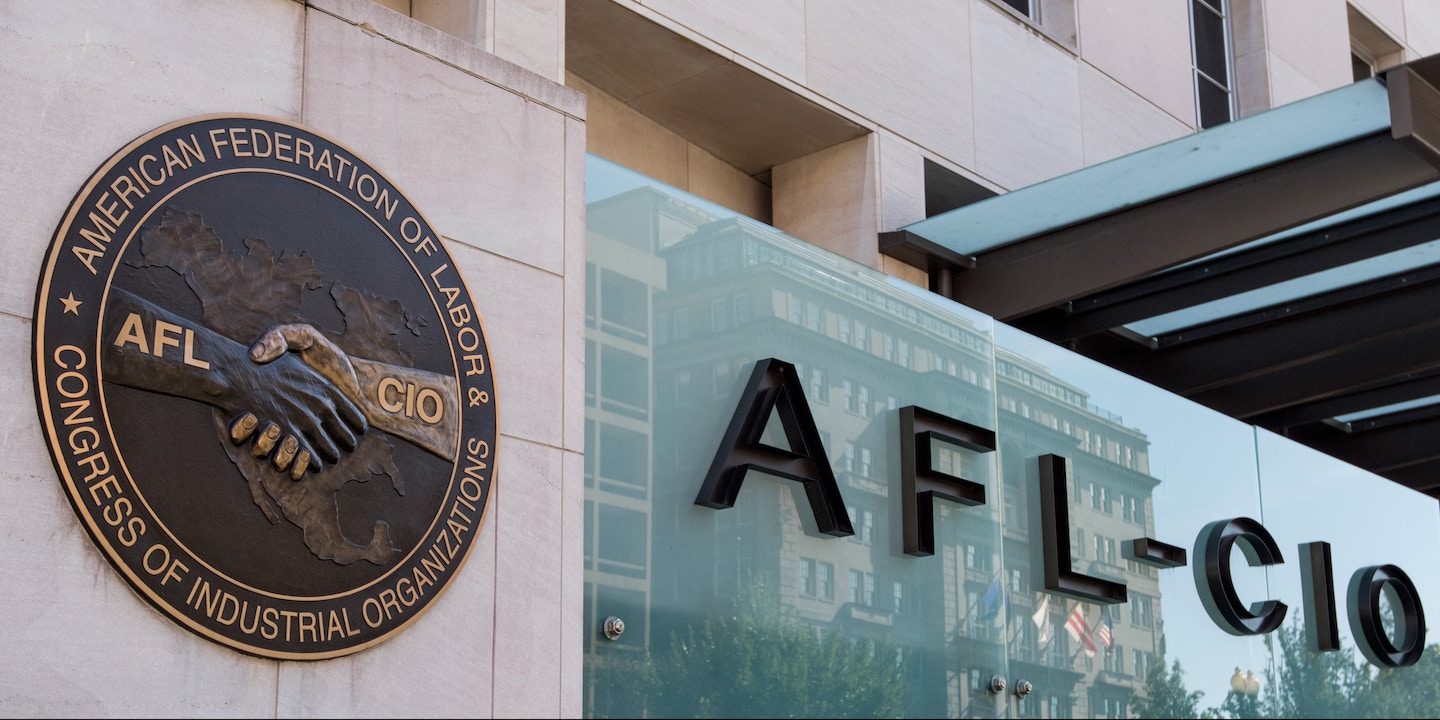 Members of the Massachusetts AFL-CIO recently passed a unanimous resolution to endorse a presidential candidate only if that candidate supports Medicare for All, marking a break from the labor federation’s national leadership, which has equivocated on the question of whether to support universal health care.

The resolution, which was passed at a late September convention in Massachusetts attended by delegates from AFL-CIO constituent unions across the country, comes after months of comments from labor leaders criticizing Medicare for All, despite support for the measure among their members. In August and September, Richard Trumka, the president of the AFL-CIO, and Randi Weingarten, president of the American Federation of Teachers (an AFL-CIO member union), said publicly that they do not currently support a single-payer plan would ban private insurance, despite assurances from Sen. Bernie Sanders, who authored the Medicare for All plan, that a single-payer option would not sacrifice hard-won benefits for union members.

“The Massachusetts AFL-CIO urges the national AFL-CIO to endorse a presidential candidate with a demonstrated commitment to the pro-worker agenda that this body has previously endorsed, including but not limited to a $15-dollar federal minimum wage, ending Right to Work nationwide, and a Medicare for All system that recognizes health care as a human right,” reads the resolution, which was put forward by Beth Kontos, the president of the American Federation of Teachers in Massachusetts.

Kontos told The Intercept that members of AFT Massachusetts reached out to her about putting forward a resolution. “This came from our rank and file,” she said, “who all have health care but wanted to make sure there was health care for everyone.”

“It’s gotten to the point where we have this tiered system with people with nothing,” Kontos said. “We need to look at a way to take the profit out of it.”

The Massachusetts AFL-CIO has not received a response to their resolution from the national AFL-CIO. “I haven’t heard anything negative, nothing one way or another,” Kontos said.

“This came from our rank and file who all have health care but wanted to make sure there was health care for everyone.”

If adopted by the national organization, the resolution would effectively sideline former Vice President Joe Biden, who supports preserving a version of the Affordable Care Act, from being considered for endorsement by the largest federation of labor unions in the U.S. — and instead focus labor support on Sanders and Sen. Elizabeth Warren, who has adopted Sanders’s plan in her platform. During the last presidential election cycle, there was significant support for Sanders within the labor federation, but the AFL-CIO ultimately endorsed Hillary Clinton.

The national AFL-CIO office did not return a request for comment.

Even as members of the AFL-CIO and American Federation of Teachers have endorsed Medicare for All in recent years, their leaders have consistently hedged on the issue. In 2017, the AFL-CIO passed a resolution at its national convention that was generally supportive of Medicare for All in the long run, but with a caveat: “Our longstanding goal for achieving this is to move expeditiously toward a single-payer system, like Medicare for All, that provides universal coverage using a social insurance model, while retaining a role for workers’ health plans.”

Sanders has responded to labor concerns about the details of Medicare for All. In August, he altered his labor plan to stipulate that companies would have to pay out the money they would have spent in health care in other benefits for their employees.

That was apparently not enough for Trumka, the AFL-CIO head. He told Chris Wallace on Fox News over Labor Day weekend that he would “have a tough time” supporting Medicare for All, echoing statements he made to reporters at an event hosted by the Christian Science Monitor. “We think ultimately you’re going to have to get to a single-payer plan,” Trumka told Wallace, ‘“but there has to be a role for the hard fought high-quality plans that we’ve negotiated. Look, it’s just unfair to say to somebody, ‘You’ve sacrificed over the last 40 years — you’ve given up wages, you’ve negotiated a good health care plan, and now we’re going to ask you to take 50 percent of the health care plan you negotiated.’”

Myles Calvey, IBEW 2222 business manager and a vice president of the Massachusetts AFL-CIO, said Trumka’s hesitation is understandable, given the tough negotiating positions labor unions often find themselves in. “Our frustration in the union business is we always have to fight, right from the beginning, when someone says, ‘I want to be part of the union,’” he said. But, on the other hand, he added, health care could be “one less thing we have to fight about.”

“We have to understand that the only thing that’s important is our health.”

“It’s going to take a strong Democrat,” said Calvey, who is supportive of the resolution and of a Sanders presidency. “We’re going to end up in dust, so we have to understand that the only thing that’s important is our health.”

Weingarten, of the American Federation of Teachers, also expressed her opposition to a single-payer plan like the Medicare for All plan authored by Sanders, which would eliminate most private insurance, despite Sanders’s assurances. On September 23, she wrote an op-ed for Politico that argued for the coexistence of public and private options in health care, and for Medicare as “a floor, not a ceiling.”“Preserving the option for employers and unions to continue to innovate in health care is critically important,” she wrote. AFT, which supported Hillary Clinton in 2016, has yet to endorse a candidate for 2020.

A member of the AFT, Ben Curttright, responded in Jacobin, questioning why Weingarten had taken a stand against Medicare for All, which AFT endorsed in 2018, and repeated a private health insurance talking point she made on Hill TV: “The one thing I am afraid of is that in many of the different plans, that if you have too short a horizon in terms of when insurance goes, you’re taking things from people that people rely on right now,” Weingarten told Krystal Ball. (Weingarten then responded on Medium.)

The International Association of Fire Fighters, one of the only unions to endorse a presidential candidate yet this cycle with its vote for Biden, has been staunchly opposed to Medicare for All. “The unique aspect of our profession requires a unique health care coverage,” said Harold Schaitberger, the president of IAFF, in August. It’s unclear whether the delegate for the Professional Fire Fighters of Massachusetts was present for the Medicare for All resolution vote.

Proponents of the Massachusetts AFL-CIO resolution hope that it will encourage other statewide groups to support similar measures and, eventually, build a larger movement for Medicare for All and other left-wing policies. “This is a really old model of how to build support,” said Russ Weiss-Irwin, a middle school ESL teacher in Boston and member of the AFT. “It’s a way to build consciousness among a small group of people.”

In July, the Texas AFL-CIO endorsed a similar resolution encouraging its state lawmakers to support Medicare for All and similar local legislation. The Massachusetts delegates also endorsed resolutions supporting comprehensive immigration reform and a just transition to a green economy that describes the “the twin crises of climate change and economic inequality.” (In his Fox News interview, Trumka was noncommittal on the Green New Deal, saying that the AFL-CIO would support candidates who made the economy work for working people.”)

“I’m very happy that members spoke up,” Kontos said. “We want to encourage this kind of involvement.”

Correction, October 9, 8:35 p.m.
This piece has been updated to clarify Randi Weingarten’s position on health care.