Tenet Healthcare, the nation’s third-largest investor-owned operator of hospitals, has donated nearly $630,000 to the Partnership for America’s Health Care Future. 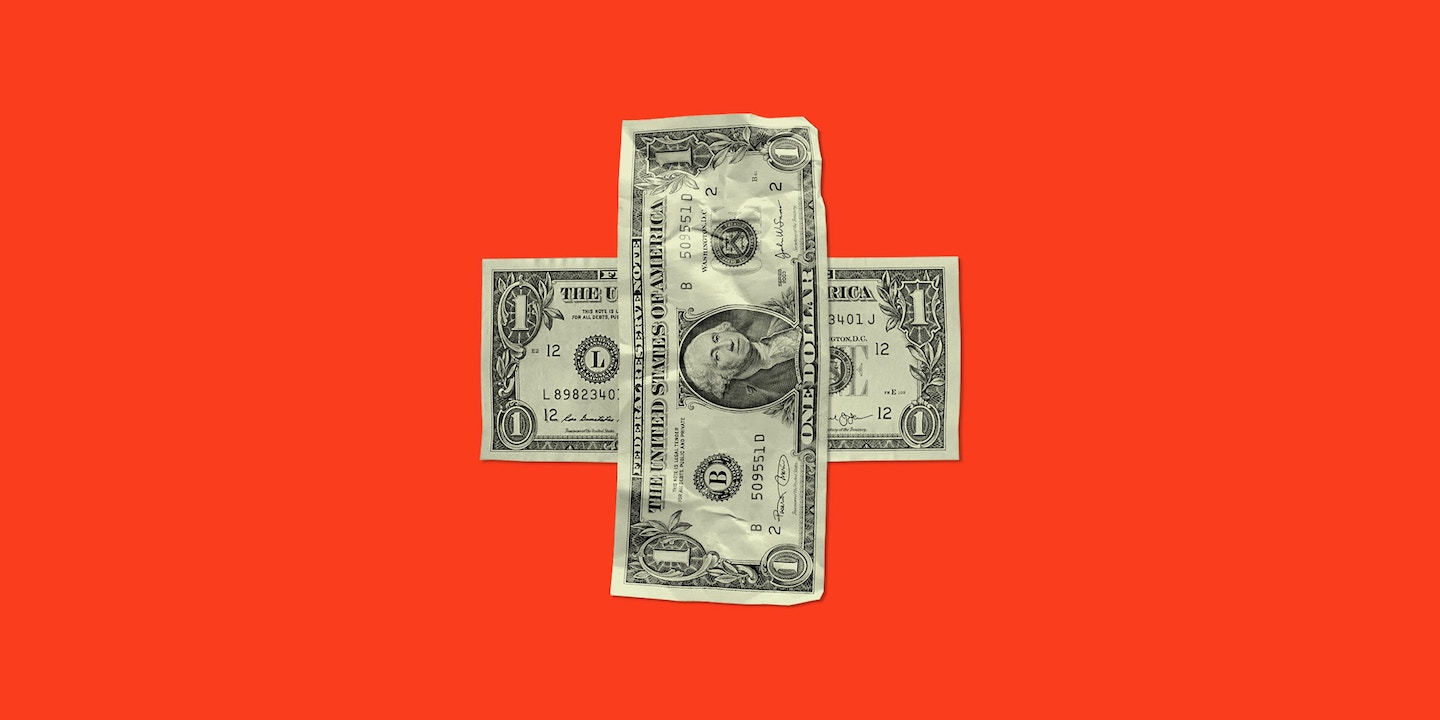 Investor-owned hospitals are leading the fight against the creation of a comprehensive, universal health care system, according to corporate filings reviewed by MapLight and The Intercept.

Tenet Healthcare, the nation’s third-largest investor-owned operator of hospitals, has donated nearly $630,000 to the Partnership for America’s Health Care Future, or PAHCF, a dark-money organization created last year to erode public support for Medicare for All, a government-run plan that would provide health care for all Americans.

PAHCF’s incorporation records list a lobbyist for the Federation of American Hospitals, a trade organization that represents Tenet and other investor-owned hospitals, as one of its authorized representatives.

While PAHCF’s membership roster includes dozens of health insurance, pharmaceutical, and hospital trade groups and companies, much of the criticism of the effort to block Medicare for All has centered around insurance and pharmaceutical interests. But corporate records highlight the integral role that the for-profit hospital industry has played in drumming up opposition to health care reforms.

In August, the liberal politics and public policy magazine American Prospect wrote that Democrats proposing health care reforms “lack the courage to name the one major obstacle to getting any meaningful reform done — the hospitals and medical providers who create the most costs in the system by a wide margin.”

Indeed, common hospital procedures, like knee replacement and childbirth deliveries, cost significantly more in the U.S. than in other countries. Hospitals are a big piece of a common nightmare for patients, obliquely known as “surprise billing,” that occurs when a person visits a facility that’s included in their insurance network and is treated by an out-of-network provider. The massive bill, of course, is only a surprise to the patient.

The hospital industry has warned that Medicare for All could affect their revenue and cause facilities to close. According to the American Hospital Association, Medicare currently only pays hospitals 87 percent of the costs of caring for patients.

By contrast, private health insurers often pay hospitals two or three times what Medicare does, according to a recent study by the nonprofit RAND Corporation. The study found that Tenet hospitals, on average, charge private insurers 210 percent of what Medicare pays.

In 2016, Tenet was fined $513 million as part of a non-prosecution agreement with the Department of Justice for allegedly paying illegal kickbacks to clinics in exchange for referrals of pregnant Medicaid patients. A decade earlier, the company entered into a $900 million settlement with federal regulators for overbilling Medicare.

Last month, 6,500 National Nurses United members at Tenet hospitals staged a one-day strike, demanding higher pay and additional hires to decrease the number of patients that nurses care for. Their union has been one of the most prominent national advocates for Medicare for All, spending almost $4.8 million to boost Sen. Bernie Sanders’s 2016 Democratic presidential campaign.

In March, Bob Kerrey, a former Democratic governor and U.S. senator from Nebraska who now serves on Tenet’s board of directors, wrote an op-ed in the Omaha World-Herald describing Medicare for All as a “delusion” and casting doubt on the idea “that Americans long for a president who will ask us to pay more for the pleasure of increasing the role of the federal government in our lives.” The piece did not mention Kerrey’s seat on Tenet’s board.

Tenet CEO Ron Rittenmeyer, chair of the Federation of American Hospitals, recently said that a Medicare for All system would be too expensive and that Medicare reimbursement rates would be too low for hospitals.

Earlier this year, the federation’s CEO, Chip Kahn, publicly took credit for the idea of forming PAHCF, according to Modern Healthcare. Kahn is best known for creating the health insurance industry’s “Harry and Louise” advertising campaign against the Clinton administration’s health care reform plan in the ’90s, and he was reportedly involved in negotiating a backroom deal with the Obama White House to remove a public health insurance option from the Affordable Care Act. The federation paid Kahn almost $2.6 million last year.

A July filing by PAHCF in Washington, D.C., lists the federation’s former senior vice president, Jeff Cohen, as a PAHCF board member. The filing doesn’t name any additional members. A PAHCF spokesperson said that Cohen is no longer part of their board.

Cohen recently left the federation to become the top lobbyist at HCA Healthcare, another member of both the federation and the PAHCF campaign against Medicare for All. HCA, which dealt with fraud accusations while under the stewardship of then-chief executive Rick Scott (who is now a U.S. senator), owns 185 hospitals.