A co-chair of the Nov. 5 event told The Intercept he’s happy Biden is “finally” taking PAC money. “He has to, you know, you gotta raise some funds.” 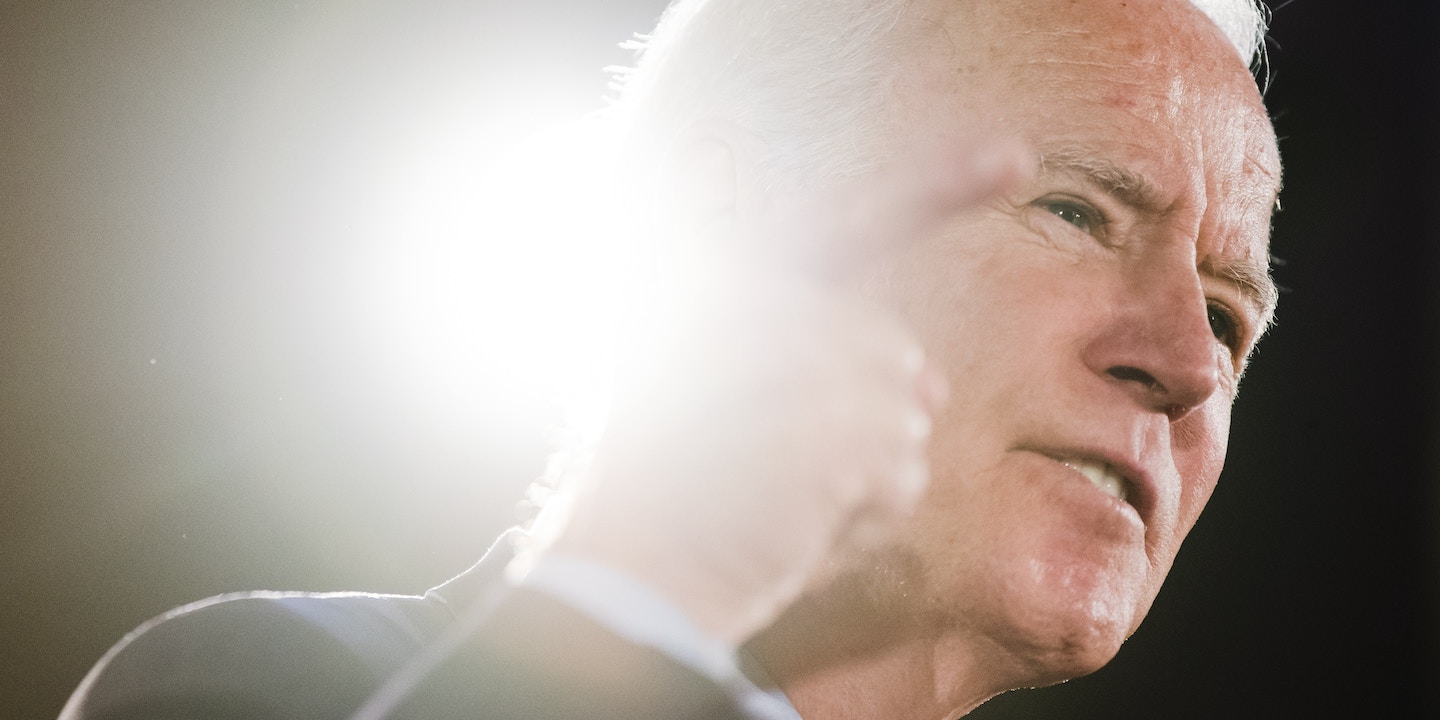 While Biden is often still peddled as the party’s front-runner, he has made a series of blunders in debates and public appearances, and his campaign has far less cash on hand than his other Democratic opponents — only about $9 million. And he’s failed to capture the grassroots energy and small donors that have propelled the campaigns of his challengers.

Biden entered the race pledging not to take money from lobbyists, but has held numerous fundraisers with them. He pledged not to take fossil fuel money, but recently held a fundraiser in New York hosted by a fossil fuel executive. And last week, Biden’s campaign reversed its pledge to reject money from super PACs, appearing to endorse a move by several of his prominent supporters to mobilize to establish a political action committee, Bloomberg reported.

One of the co-chairs, Pat Nardelli, told The Intercept it was a good thing Biden “finally agreed” to take money from super PACs. “He has to raise the money. He’s low on the totem pole in raising money to begin with,” Nardelli said. “He decided he wasn’t going to take any lobbying money. So that eliminated a lot of people that can write big checks. So he has to, you know, you gotta raise some funds.” The invite for the Biden fundraiser.Images: Provided to The Intercept

Jack B. Piatt and Nardelli, both co-chairs, are well-known Pittsburgh-area commercial real estate executives. Nardelli is a founder, manager, and partner at Castlebrook Development. Castlebrook is the developer for Shell’s ethane “cracker” plant in the Beaver Valley, which President Donald Trump visited in August.

Nardelli hasn’t given to Biden’s campaign this cycle, but he plans to. “I will max out at my fundraiser — at the fundraiser,” he told The Intercept. “I think Joe Biden is a great candidate. He’s been a friend of mine since he was in the Senate. … I’ve supported him every time he’s run for anything he’s ever run for.”

Since 2001 he’s contributed $5,000 to Biden’s various campaigns for Senate and gave $4,600 to Biden’s 2007 presidential campaign. Back in 1989, Nardelli gave $1,250 to the National Republican Senatorial Committee, and he gave $350 to the Republican National Committee in 1997. In 2015, Nardelli gave $2,000 to Kasich For America, Inc., a committee supporting John Kasich’s presidential campaign. In April, Nardelli also gave $2,800 to Tim Ryan, who suspended his campaign last week.

Asked what he thought about Biden campaigning as a voice for the working people while fundraising with corporate executives like himself, Nardelli said he understood the critique but didn’t think it was valid.

Piatt, who has not yet given to Biden this cycle, is the founder and chair of Millcraft Investments, a real estate company based in Pittsburgh. He’s the former director of the Pittsburgh’s Federal Home Loan Bank, and the Pittsburgh branch of the Federal Reserve Bank of Cleveland. He also sits on the board of the St. Clair Hospital Foundation. Piatt also has a history of donating to Republicans in presidential races. He gave $2,700 to Kasich’s 2015 campaign, $1,000 to the committee supporting George W. Bush and Dick Cheney’s 2004 ticket, and $2,300 to Rudy Giuliani’s presidential committee in 2007. Piatt and the other co-hosts did not respond to requests for comment.

Tom VanKirk, one of six co-hosts, including his wife Bonnie, is the executive vice president of Highmark Health, a Pittsburgh-based health care company affiliated with BlueCross BlueShield. It’s one of the largest insurers in the country. Highmark runs as an integrated delivery and finance system, meaning it’s a holding company for health care providers and health care insurers, including nonprofit and for-profit entities. VanKirk oversees the company’s legal affairs. VanKirk is also the former chair and CEO of the firm Buchanan Ingersoll and Rooney PC, where he was a practicing litigator and “corporate adviser to many Fortune 1,000 companies.”

VanKirk is a frequent Democratic donor and has also contributed to numerous Republicans in recent years, including Rep. Kevin McCarthy and Sen. Pat Toomey in 2015.

Doug Campbell is a financial litigation attorney and founding member of Campbell and Levine, LLC, a firm that handles asset protection, bankruptcy and insolvency cases, debt and creditors’ rights, and settlements. Cliff Levine is an attorney and director at Cohen & Grigsby, where he’s represented city and state agencies, political groups, developers, mine operators, environmental nonprofits, colleges and universities, and licensed medical marijuana growers. Both contributed the maximum contribution to Biden’s campaign in April. Reached for comment, Levine directed questions to the Biden campaign. Dusty Kirk is an attorney and partner at Reed Smith, where she leads the firm’s real estate group.

Ray Linsenmayer dropped out of the 2018 primary in Pennsylvania’s 17th District where he was running to the left of now-Rep. Conor Lamb. According to FEC filings, he has not yet given to Biden’s campaign.

Correction: October 28, 2019, 10:15 p.m.
An earlier version of this article misstated that Campbell ran against Biden for attorney general.