Summers is a valuable surrogate for Biden because he is treated as an elder dispensing wisdom, rather than a spurned rival out to settle scores. 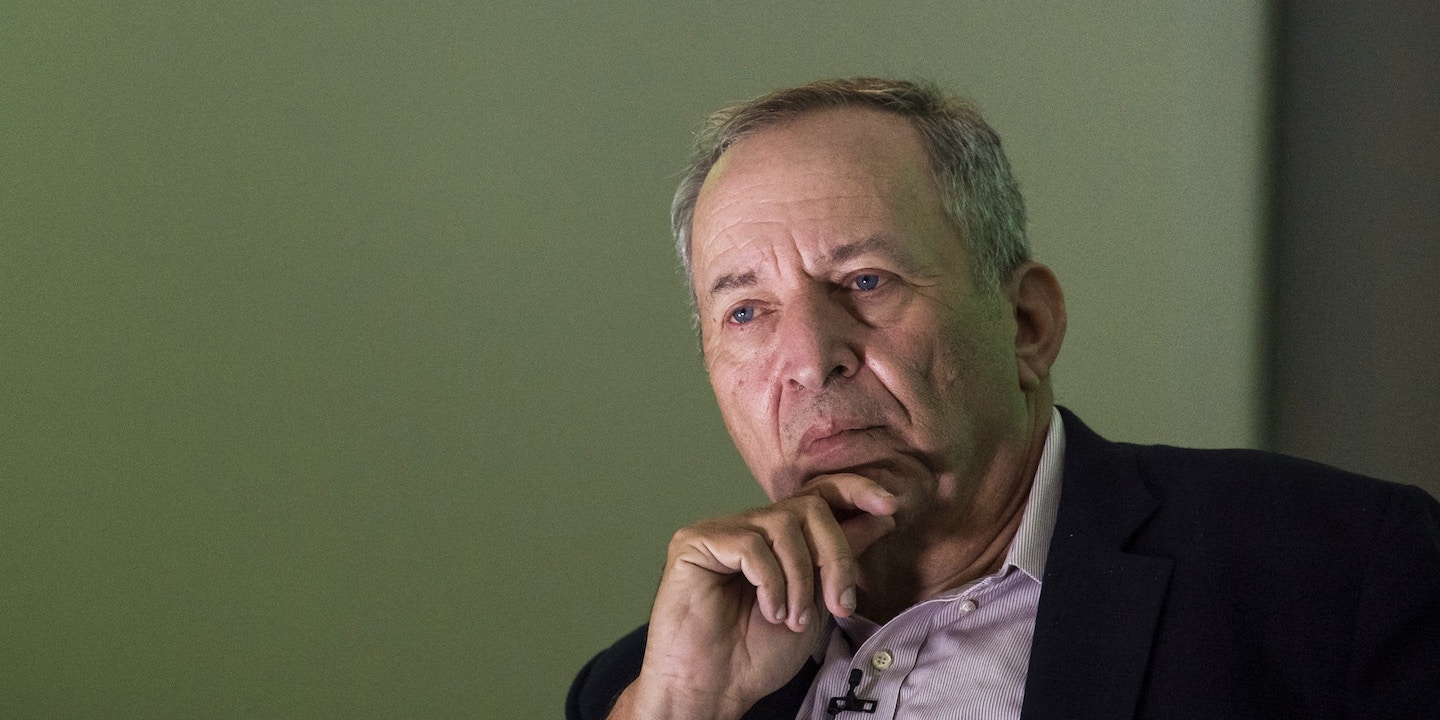 As the Joe Biden campaign mounts its opposition to a new Medicare for All financing plan rolled out by Sen. Elizabeth Warren, it is directing reporters to former Obama adviser Larry Summers for his bits of wisdom, according to an email obtained by The Intercept.

Summers, if he takes the calls, will be joining several other Obama administration veterans who have recently attacked Warren over Medicare for All, including former Health and Human Services Secretary Kathleen Sebelius and Nancy Ann Deparle, a lead player in push for the Affordable Care Act. Both are now involved in the private health care industry.

Summers’s lifelong dream of chairing the Federal Reserve — a position he was promised in exchange for agreeing to serve as a senior economic adviser — was thwarted in 2013 by a bloc of progressive-populist senators on the Banking Committee, with Warren playing a lead role internally. Warren helped organize an outside coalition of Summers opponents, including organized labor and women’s groups, while her ally, Sen. Jeff Merkley, D-Ore., made the public case against him. Once Merkley and Warren locked up five votes on the committee, Summers had no path to confirmation and withdrew his name. He may be most well-known as an advocate of financial deregulation while serving in the Clinton administration.

According to the email, which The Intercept agreed not to publish to protect the source, the Biden campaign is making Summers available to speak on Warren’s health care plan, which Biden attacked on Friday. Summers, through a spokesperson, declined to comment. “We provided contact information for a number of healthcare and economic policy experts — all of whom have relevant backgrounds in government, academia, or both but none of whom are surrogates for the campaign — and he was one of them,” said a Biden campaign spokesperson.

The Biden campaign’s suggestion to contact Summers follows an assault Summers made recently on the wealth tax proposed by Warren. Summers is a valuable voice for Biden because he is treated by the press as an elder dispensing wisdom, rather than a spurned rival out to settle scores. CNBC, in reporting his wealth tax criticism, called him “one of the economic pillars of the Democratic establishment.” At a panel hosted by the Peterson Institute, funded by the late billionaire Pete Peterson, a longtime advocate of slashing public spending to the bone, CNBC reported that Summers “lashed out at the idea of a wealth tax, saying it was bad economics, bad policy, and built on bad data.”

In Politico on Friday, Nancy-Ann DeParle, who, as deputy chief of staff to Barack Obama, played a leading role in pushing the Affordable Care Act, unloaded on Medicare for All in a profile of Warren. “I think the Medicare for All positions our candidates are taking are absurd,” she said. “I would not want our new Democratic president to waste their precious honeymoon period on Medicare for All, because I don’t think it’s good policy and I don’t think it will happen. So it would be wasting everyone’s time and energy.”

DeParle is a director at CVS Health and HCA Health Care, and works for a private equity firm that invests in the health care industry.

Kathleen Sebelius, Obama’s secretary of Health and Human Services, is now part of a private Medicare Advantage insurance startup. She told Politico that she was concerned that Medicare for All was a bad idea because private Medicare Advantage plans are good. “I am worried a lot about any plan, and certainly the Bernie-Elizabeth plan,” she said, “that starts with the premise that everybody with employer health insurance, a third of the Medicare beneficiaries who choose a Medicare Advantage plan, and basically everybody in a Medicaid plan, which is now almost exclusively administered through private insurance in states across the country — that all of those folks will lose the coverage that they have and we’re just to take people’s word for it that it will get better.”

It may prove unsurprising, though, that Summers objects to Warren’s populist economics. After all, he was fired as Harvard University president after speculating in prepared remarks that women are less equipped to do math and science than men.