Secret Gerrymandering Files Can Now Be Made Public, Court Rules

The decision by a North Carolina state court removes a protective shield from thousands of files belonging to veteran Republican mapmaker Thomas Hofeller. Eight years ago, when Thomas Hofeller addressed state legislators from across the country in the Gaylord National Resort & Convention Center at National Harbor, Maryland, just outside Washington, D.C., he cautioned elected officials working on redistricting to “make sure your computer is in a private location” and warned them not to “walk away from it and leave your work exposed.”

“Remember,” one slide from his presentation reads, “A journey to legal HELL starts with but a single misstatement OR a stupid email!”

Hofeller, a veteran Republican mapmaker, failed to heed his own advice. After his death in 2018, his daughter, Stephanie, discovered backups of over 70,000 of his files. She notified Common Cause, a watchdog organization that works on voting rights, that she had the files, and Common Cause then subpoenaed her to provide them. After a handful were made public — including files that led to the removal of Trump’s citizenship question on the 2020 census — Geographic Strategies, a consulting firm co-founded by Hofeller, sued to keep more of the files from entering the public sphere.

The decision Monday by a North Carolina state court — removing a protective shield from tens of thousands of files belonging to Hofeller, likely making public details of his work on maps as well as litigation in states including Texas, Missouri, Arizona, Virginia, and North Carolina, among others — seemed inconceivable.

Hofeller, who spent parts of five decades remaking America from the shadows, always a step ahead of Democrats in understanding how redistricting, census data, and new technology could create new advantages for his side, will now stand unmasked. Many of Hofeller’s emails, his draft maps, and the algorithms that bedeviled Democrats for years appear poised to enter the public domain for the first time. Most importantly, they’ll be available to lawyers working to correct unconstitutional gerrymanders or litigating other efforts Hofeller worked on, whether from the 2010 cycle or beyond.

“Now the truth can come out about all of Hofeller’s shocking efforts to rig elections in almost every state,” said a statement from Common Cause on Monday. Still, that could take a while. The organization, which had subpoenaed the files from Hofeller’s daughter, did not indicate a timetable for the release. Lawyers will need to vet tens of thousands of documents; this means weeks or months, not days.

In his ruling, N.C. Superior Court Judge Vincent M. Rozier Jr. lifted the confidentiality order from many, but not all, of the strategist’s materials. Almost 1,000 files will still remain confidential. Litigation will continue over an additional 135,000 documents that the firm Hofeller co-founded, Geographic Strategies, claims it owns. Rozier’s decision rejected claims that Geographic Strategies owned work that Hofeller produced outside the firm, as well as the argument that the firm had the standing to protect his personal documents.

Over the last several weeks, and prior to the judge’s ruling, The Intercept, which obtained Hofeller’s files, has already begun publishing documents from the computer backups that detail how he and other Republican operatives and elected officials plotted to win control of state legislatures in 2010, then used racial and partisan data to aggressively gerrymander — often unconstitutionally — state legislative and congressional maps to all but ensure GOP control, even when Democrats win more votes.

Below is a selection of The Intercept’s revelations so far. We intend to continue publishing important stories of national interest from these documents and showing the extent of GOP efforts to manipulate maps and rig elections. Stay tuned. 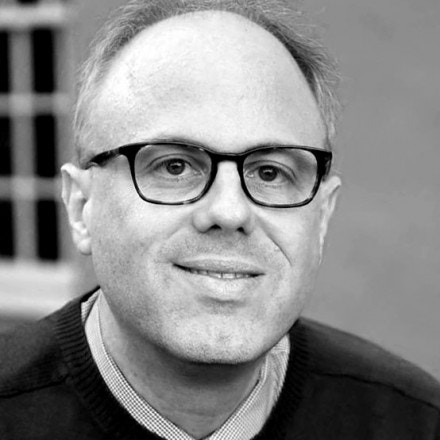