Ayanna Pressley’s endorsement of Elizabeth Warren separates her from the rest of the so-called Squad, who all endorsed Bernie Sanders last month. 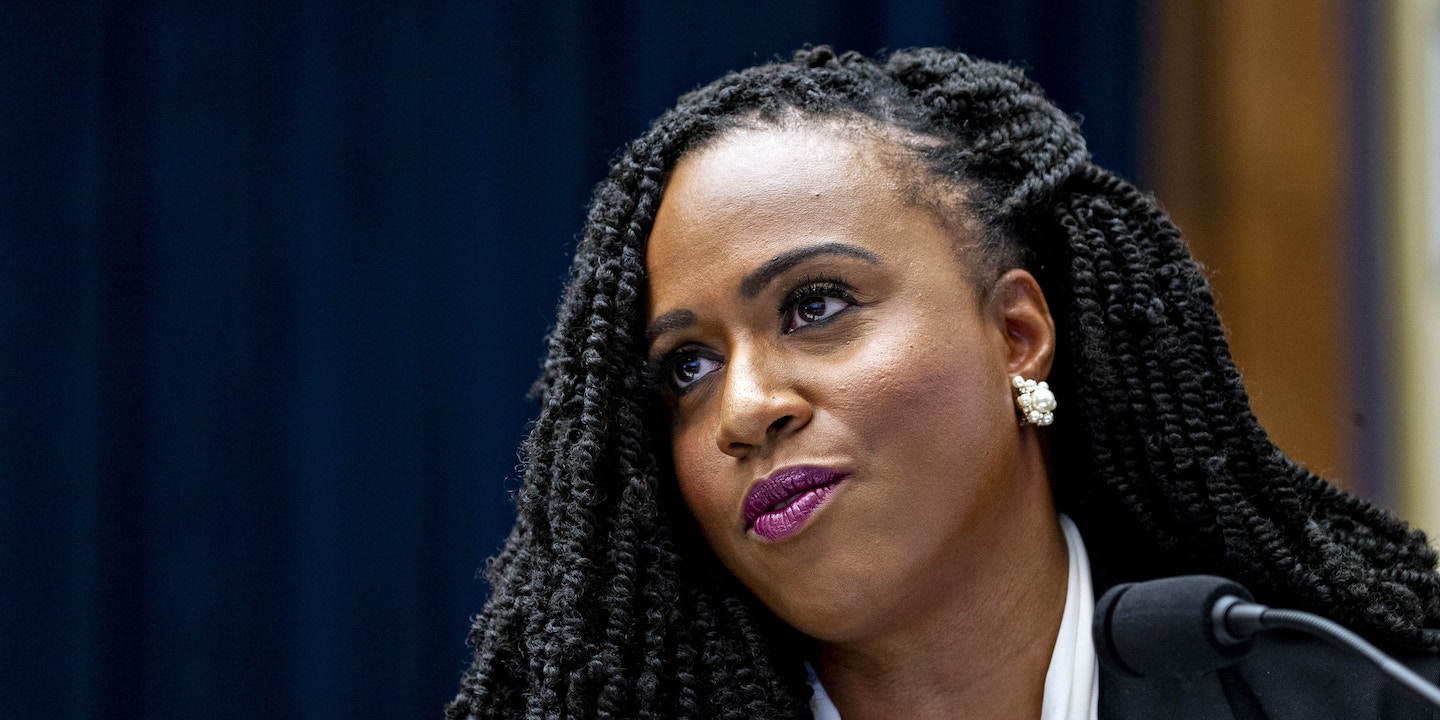 Pressley made the announcement in a one-minute video, drawing on her ties to her home-state senator. “I’m proud to call her my senator,” she says. “I can’t wait to call her our president.” Pressley is the last member of the so-called Squad to weigh in on the 2020 presidential race. Reps. Alexandria Ocasio-Cortez of New York, Ilhan Omar of Minnesota, and Rashida Tlaib of Michigan all endorsed Sen. Bernie Sanders, I-Vt., last month.

Warren is “fighting for fundamental change that restores power to those who have been left behind, and centers those who have never had access to it in the first place,” Pressley says in the video. “She is consistent. She never loses sight of the people.”

In a statement, Pressley lauded Warren’s work to empower working people: “From fighting to erase income inequality and close the racial wealth gap, to taking on the epidemic of gun violence and working to dismantle structural racism, Elizabeth has made it her life’s work to pursue justice for working families and put economic and political power in the hands of people.”

Pressley’s split with the rest of the Squad over the presidential endorsement will be seen by some on the left as further proof that she’s relatively more moderate than her fellow progressive first-term representatives. In 2016, she was a surrogate for former Secretary of State Hillary Clinton in her primary battle against Sanders. During her congressional campaign last year and since entering office, Pressley has supported policies that have come to represent something of a litmus test for the left, like abolishing U.S. Immigration and Customs Enforcement and supporting Medicare for All and debt-free college. As The Intercept reported during the campaign, she’s moved further left since her time in Boston politics on issues like corporate money in politics and the advisability of Medicare for All.

Still, in Congress, she’s faced criticism over breaking with progressive members and voting for a resolution that condemned the Boycott, Divestment, and Sanctions movement. California Rep. Ro Khanna, a campaign co-chair for Sanders, also voted for that measure. These differences are particularly noteworthy, critics say, because Pressley’s district leans more heavily blue than those of Omar, Ocasio-Cortez, or Tlaib, who each represent districts that voted for Donald Trump at higher percentages than Pressley’s.

Some of Sanders’s and Warren’s online supporters have worked to frame their respective candidates as inherently at odds with one another, with a segment of Sanders’s base in particular arguing that he is the more progressive of the two candidates. In a controversial move that highlighted the split on the left, the Working Families Party, which endorsed Sanders in 2016, endorsed Warren in September. (The endorsement came a week after Warren endorsed Kendra Brooks, a WFP-backed candidate, for Philadelphia City Council. On Tuesday, Brooks became the first person outside of the two major parties to win a city council election in more than 100 years.)

Last year, Warren resisted pressure to endorse Pressley’s opponent, former Rep. Michael Capuano, in the 2018 primary for Massachusetts’ 7th District. The Massachusetts senator didn’t endorse Pressley, either, sitting out that election and other Massachusetts primaries. Pressley went on to defeat Capuano by 17 points, becoming the first black person to represent the state in the U.S. House of Representatives. Capuano, in his 10 terms in office, had made a name for himself as a respected progressive.

Pressley will appear with Warren at a town hall at North Carolina State University on Thursday, and will participate in future campaign events as well.