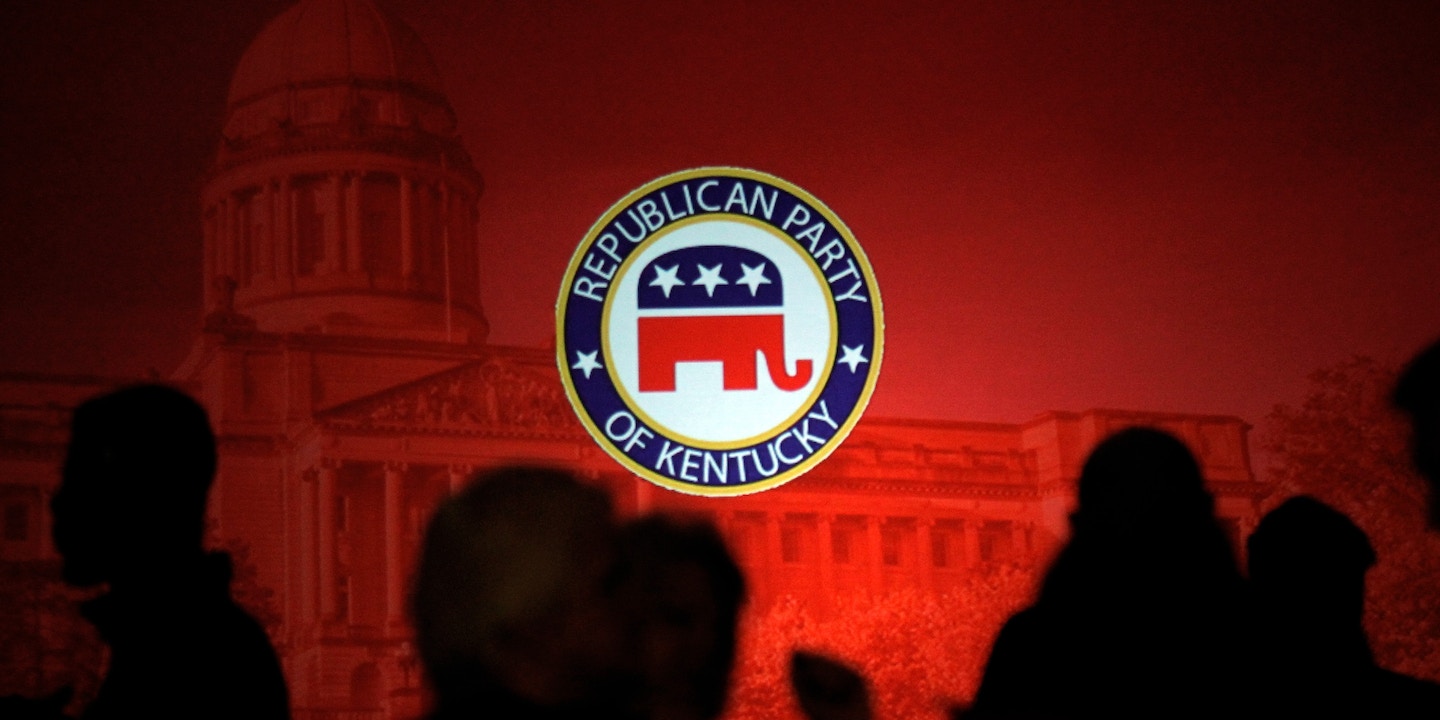 Republicans in both states went all in on the issue of abortion to save their candidates, believing that painting their Democratic opponents as proponents of “infanticide” would be enough to win. Democrats claimed victories anyway in the Kentucky gubernatorial race and in Virginia, where they now control the state House and Senate for the first time in over two decades.

In Kentucky, where just one abortion clinic remains, Attorney General Andy Beshear ousted Republican Gov. Matt Bevin, despite anti-abortion groups massively outspending reproductive rights groups when it came to messaging on abortion. The anti-abortion group Susan B. Anthony List and its political action committee spent over $100,000 in an independent expenditure in Virginia legislative races and over $750,000 on digital ads, mailers, and canvassers to try to reelect Bevin, who had signed a controversial heartbeat bill that is tied up in court.

NARAL Pro-Choice America, meanwhile, ran a five-figure digital ad campaign targeting Bevin for “wanting to criminalize abortion and punish women.” The ad campaign, which ran from October 24 up until Election Day, followed a survey from Public Policy Polling that found a majority of Democrats and independents, along with 45 percent of Republicans, believe that abortion should be legal and that the government should not prevent a woman from making the decision.

Beshear campaigned primarily on issues like health care and protecting teacher pensions, which Bevin had tried to cut. He was also openly in support of abortion, contrary to what conventional wisdom says about how a Democrat should run in a GOP stronghold. Though the race has been too close for some outlets to call, Beshear topped Bevin by a margin of about 5,000 votes with all precincts reporting. Bevin, who touted himself as “America’s most pro-life governor,” accused Beshear of taking “blood money” and his supporters, as Politico noted, gave the Democratic candidate the nickname “Abortion Andy.” 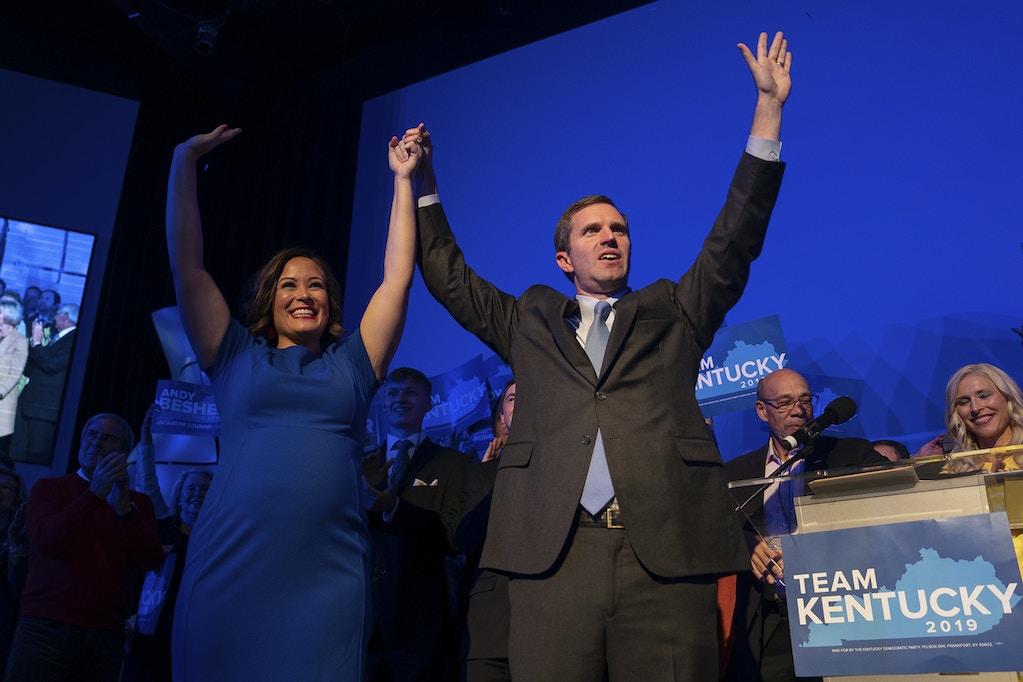 On Monday, an NPR report about the role abortion was playing in Kentucky and Virginia played into liberal fears that winnable races might be lost because of the battle over abortion rights. “Morning Edition” listeners started their day hearing the voice of Mark Randle, a Lexington pastor, saying that Bevin had made “a million mistakes” but would still get his vote because of his opposition to abortion rights. “If he weren’t pro-life, I wouldn’t vote for him at all,” Randle said, “so that is a game-changer there.”

NPR also spoke with Kentucky columnist Al Cross, who said that abortion could help Bevin. “Abortion plays a bigger role in the governor’s race this year than it ever has,” Cross said. “Bevin needs, badly, a base turnout among people who ought to be voting for him — many of whom are not because of his pugnacious personality.”

The segment noted that the abortion rights groups had also advertised heavily in Virginia and Kentucky, citing the NARAL ad campaign and adding that Planned Parenthood and EMILY’s List were also fighting back, with the latter group spending $2 million in Virginia. Bloomberg Law also claimed that abortion rights groups outspent the anti-abortion side in Virginia. “Organizations such as Emily’s List and Planned Parenthood have combined to outspend, by far, anti-abortion groups such as the Susan B. Anthony List,” Bloomberg reported.

But that narrative fails to capture the lopsidedness of the politics for several reasons. First, while it’s true that Planned Parenthood and EMILY’s List outspent Susan B. Anthony List, they did not spend their money primarily on messages around abortion. EMILY’s List supports pro-choice women, but it tailors its messaging — as is common among outside groups — to whatever would be most politically effective in a state or congressional district. (And the group did not back Beshear, as it only supports women candidates.)

In Virginia, some of Planned Parenthood’s messaging referenced reproductive rights, but largely, it rallied against President Donald Trump’s Title X decision and did little to counter the “infanticide” charge. Planned Parenthood Virginia PAC spent $1 million in a campaign that included mailers “educating voters on the candidates’ positions on reproductive health and rights,” according to a memo. The NPR tabulation also doesn’t factor in the reality that Republicans themselves talked nonstop about abortion politics and infanticide, while Democrats largely shied away from countering the infanticide charge and rarely led with talk of reproductive rights. Voters, therefore, heard far more about how Democrats are baby killers — and that Beshear is “Abortion Andy” — than they heard in defense of Democrats on abortion. Yet voters sided heavily with Democrats anyway.

Media coverage of the fight over reproductive rights tends to overstate the influence of the anti-abortion movement, glossing over the fact that for years, conservatives have pumped money into anti-abortion groups to create the illusion of grassroots enthusiasm. American voters have been trending in support of abortion for a while now and as Tuesday’s results demonstrate, publicly supporting abortion rights won’t cost Democrats politically.

“He ran on this extreme agenda, in lockstep with Donald Trump, but tonight shows just how out-of-touch he was with Kentuckians who support reproductive freedom and do not believe politicians like Matt Bevin belong in their personal decisions,” NARAL said in a statement Tuesday night. “Andy Beshear never wavered on his commitment to the freedom of women to make our own personal decisions, even in the face of lies and attacks from the anti-choice GOP.”

In Virginia, Democrats saw a historic sweep of the state’s government, ensuring a trifecta of control. According to a memo from the group, NARAL ran a five-figure ad buy in the state, in addition to turning out its members to knock on 30,000 doors and make 8,000 phone calls.