In India, Donald Trump heaped praise on the nation’s leader, Narendra Modi, and ignored a spasm of violence against Muslims unfolding on the streets. 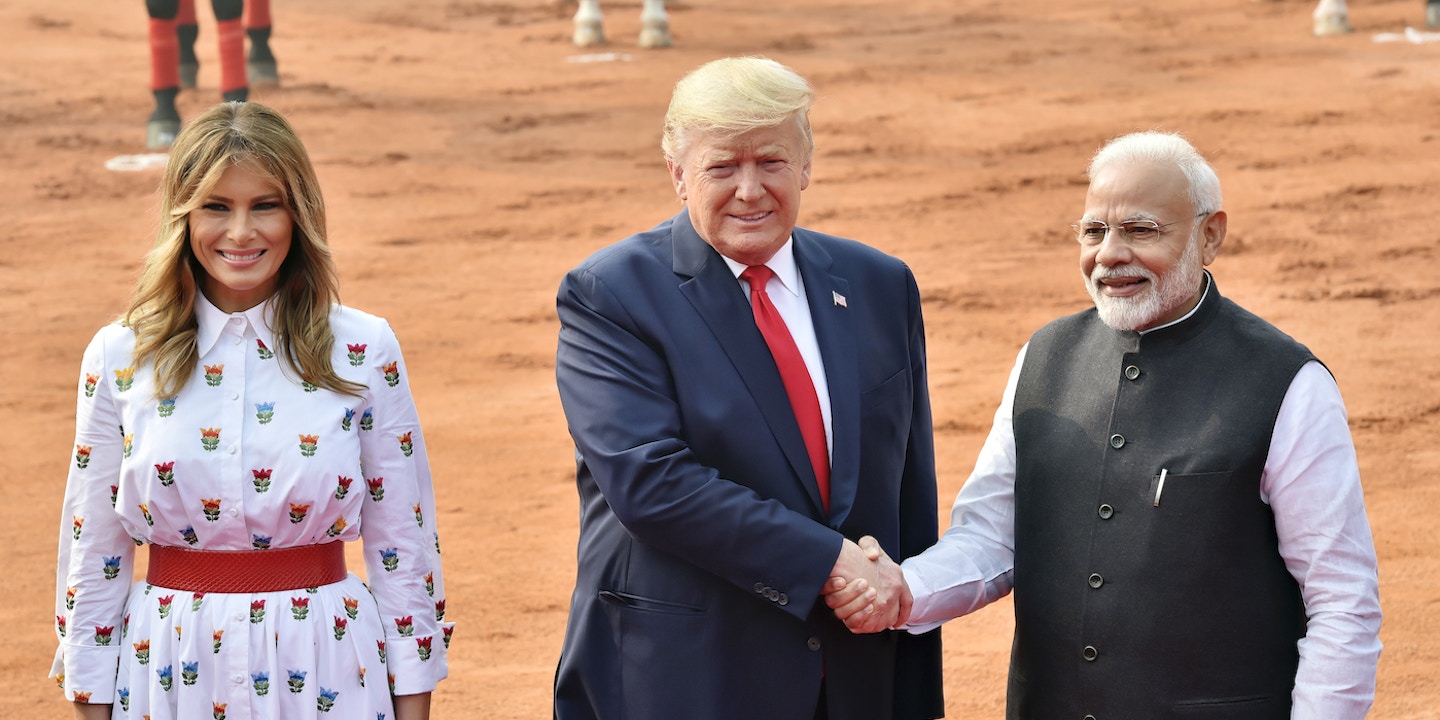 Throughout his two-day visit to India, President Donald Trump heaped praise on the nation’s leader, Narendra Modi, and ignored a spasm of violence against Muslims unfolding on the streets of the Indian capital, New Delhi, prompted by the Indian prime minister’s sectarian policies.

Indian journalists covering the torching of Muslim homes in the northeast of the city on Tuesday by gangs chanting Hindu slogans and Modi’s name, reported that Delhi police had refused to intervene, and were even filmed mixing with the attackers.

As the sectarian chaos mounted on the streets of the capital, Modi treated Trump to a guided tour of Mahatma Gandhi’s ashram and a 21-gun salute at the Indian presidential palace.

An Indian opposition politician, Tapas Dey, noted that the message Trump left in the guest book after the visit to Gandhi’s home made no mention at all of India’s anti-capitalist, pacifist founder, and instead was dedicated just to Modi.

Perhaps inspired by Trump’s routine denial of reality, Indian authorities initially denied that video of the mosque in New Delhi being sacked was genuine. Later on Tuesday, however, video obtained by the Indian verification site Alt News showed that the attack had been recorded from multiple angles by witnesses.