The nonprofit told The Intercept its six big contributions totaled $78,289.53 last year, or roughly 4 percent of its revenue. 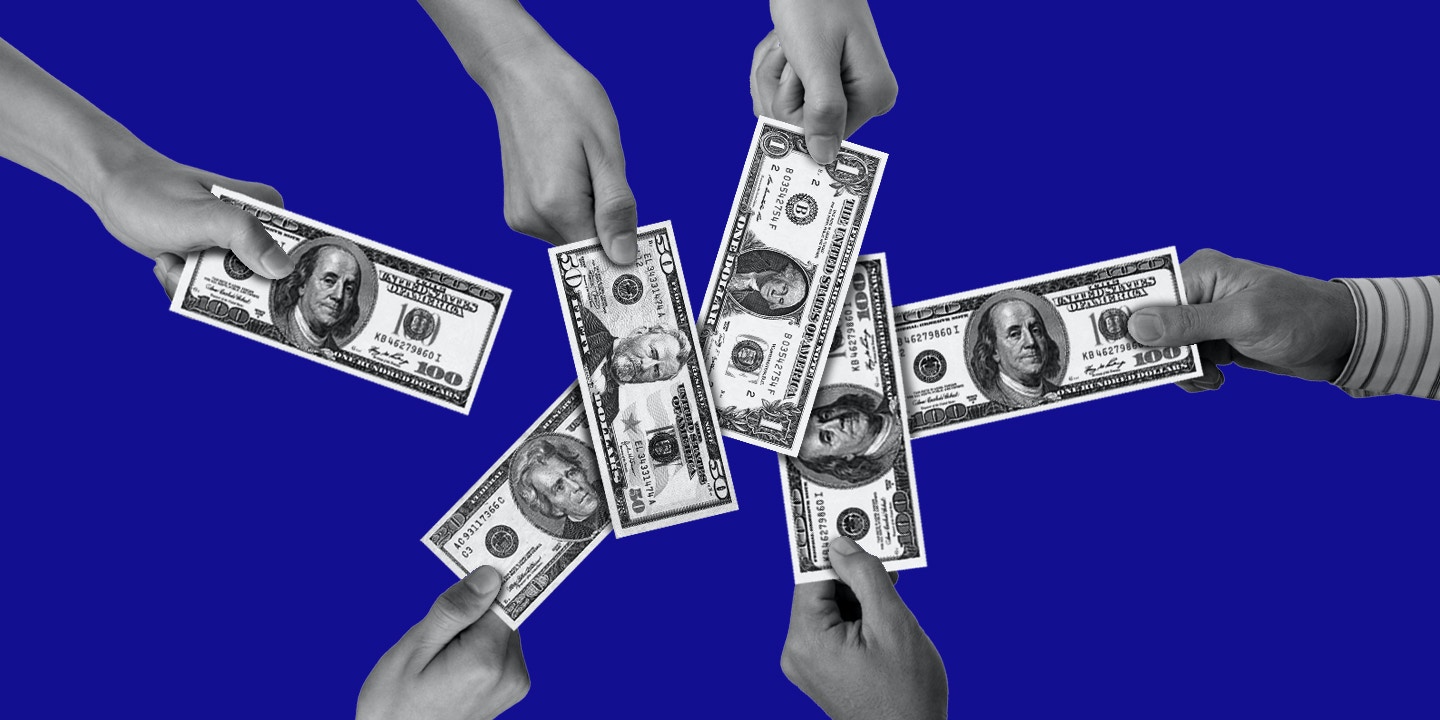 Rival presidential candidates have been attacking Sen. Bernie Sanders over the advocacy groups boosting his campaign, accusing the Democratic frontrunner of taking untraceable dark money and contributions from super PACs and from the nonprofit he founded in 2016, Our Revolution.

The problem with the charge: It’s not dark money, and it’s not big, either.

The issue arose most recently during the Nevada debate, when Sen. Elizabeth Warren said that everyone onstage besides her and Sen. Amy Klobuchar had taken money from super PACs, which can take in and spend money for candidates with fewer restrictions than a campaign. Her statement cast shade on Sanders, and seemed to raise questions whether the political spending is at odds with the Vermont senator’s rejection of money in politics. Warren didn’t mention names, but Pete Buttigieg tweeted about the “nine dark money groups” that make up a coalition called People Power for Bernie and include Our Revolution, the youth-led climate group Sunrise Movement, and a super PAC affiliated with the National Nurses union. Our Revolution in particular has received scrutiny because it is a 501(c)(4), which allows it to accept large donations without disclosing its donors, unlike super PACs.

In response to an Intercept inquiry, Our Revolution provided information on its donors, which is not yet public, saying that in 2019, it only received a total of six donations over $5,000. Last year, the average individual contribution to Our Revolution was $17.73, with 99.99 percent of its donations coming in under $5,000, according to the group.

The six big contributions totaled $78,289.53 last year, or roughly 4 percent of its revenue. The biggest contribution was around $25,000. Our Revolution, from all sources, took in $1.87 million in 2019, and the bulk of that was spent on state and local races or other organizing campaigns separate from the Sanders presidential run.

For comparison, VoteVets alone, a super PAC that supports liberal veterans for public office and is backing Buttigieg, has spent $2.1 million airing ads for the former mayor so far. Our Revolution’s board has to approve any donation over $5,000.

Our Revolution posts the names of all donors who give more than $250, though the amount is not tied to an identity, meaning it’s impossible to know which on the list are the six who gave more than $5,000. It’s a case of too much transparency, without the necessary detail, leading to opacity. When asked to identify the six donors, Paco Fabian, a spokesperson for Our Revolution, told The Intercept that a few donors, not wanting to be solicited by other groups, didn’t want the size of their contributions to be listed. He added that none are billionaires or associated with large corporations.

On January 22, the watchdog group Common Cause filed a complaint with the Federal Election Commission alleging that Our Revolution broke campaign finance laws by soliciting donations “explicitly to elect Sanders president.” Fabian said the contention that the group is outside of FEC rules is simply false. Sanders has since distanced himself from the group, and supporters note that Our Revolution’s efforts in the Democratic primary are miniscule compared to the millions of dollars outside groups, bankrolled by wealthy donors, pump into the race. Nina Turner, former Ohio state senator and Sanders campaign co-chair, left her position as president of Our Revolution to serve as a national surrogate for Sanders in 2020.

“I would think that we should end super PACs right now. So I would tell my opponents who have a super PAC, why don’t you end it? And certainly that’s applicable to the groups that are supporting me,” Sanders said at a New Hampshire forum in January.

Only some of the group’s activities benefit Sanders’s presidential bid, a spokesperson told The Intercept, as most of the nonprofit’s work is dedicated to helping elect progressives running for local, state, and federal office — from city council and county commissioner to congressional seats. “Bernie and beyond,” as Fabian described their efforts up-and-down the ballot.

“Pretending that a grassroots group with a diverse, working-class membership is in any way the same thing as a SuperPAC spending millions of dollars on ads is frankly dangerous,” Fabian said. “But our adversaries should be concerned. People coming together, pooling their resources and organizing to improve their communities are a threat to their political power.”

The details provided by Our Revolution set it apart from the super PACs blanketing the airwaves for contenders like former Vice President Joe Biden and Buttigieg. Buttigieg, who has more billionaire donors to his presidential campaign than any other Democrat, in particular has been hitting Sanders on this, claiming he’s backed by several dark-money groups, and even comparing the Vermont senator to oligarch Mike Bloomberg.

Warren, a longtime critic of super PACs, recently reversed her position on the issue, saying the fact that only the “two women” in the race didn’t have super PAC support was “just not right.” A super PAC backing Warren, called Persist PAC, filed with the FEC last week. Kitchen Table Conversations, a super PAC supporting Klobuchar, also filed its paperwork last Friday.