Whether the U.S. healthcare system buckles like Italy’s “really depends on how vigorously and promptly we do social distancing,” Dr. Tom Frieden said. 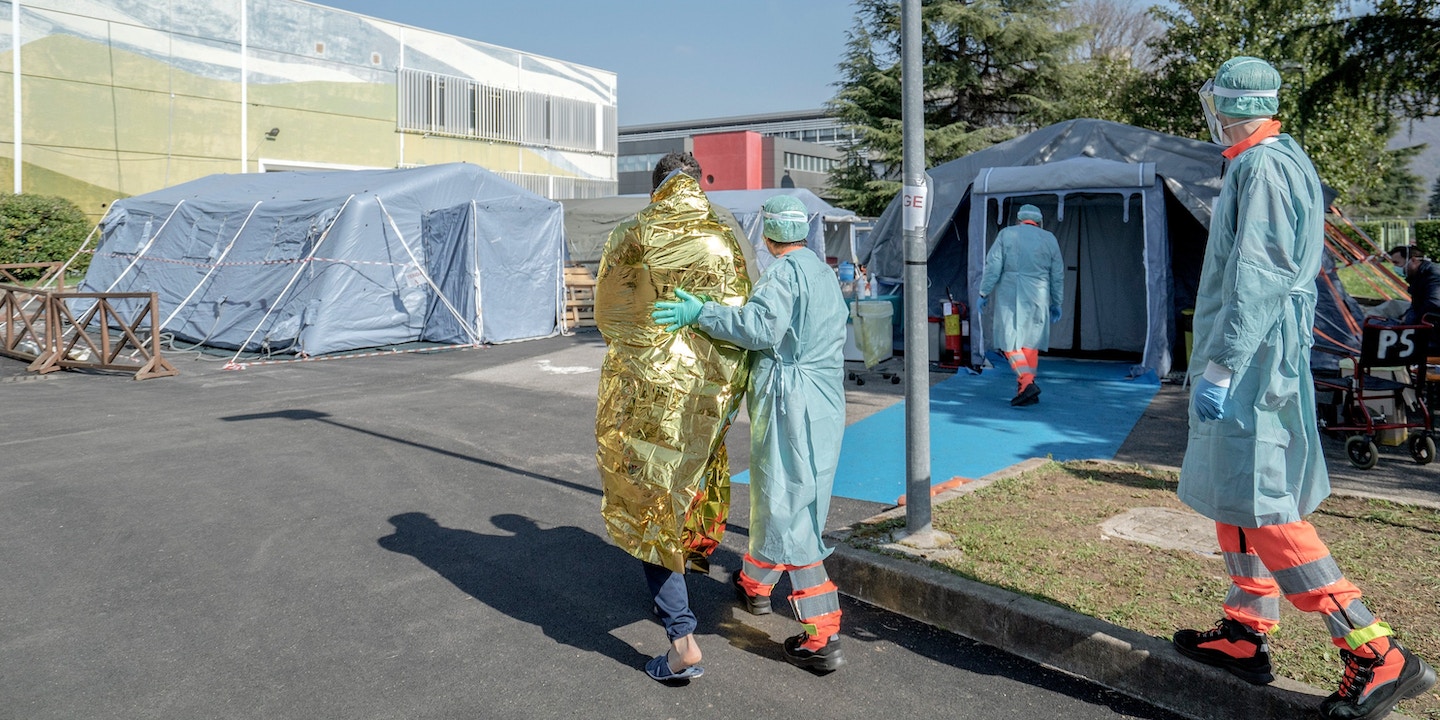 Italy’s reported coronavirus death toll grew to more than 4,000 on Friday, outpacing China, a country with more than 20 times its population. The Italian health care system is now buckling under the weight of the pandemic. Health care professionals are working day and night to keep critically ill Covid-19 patients alive, while wartime triage conditions have left doctors to decide who lives and who dies. The crematorium in the hard-hit city of Bergamo is so overwhelmed that the army was brought in to deal with the corpses.

It could be a matter of weeks — or even days — before something similar happens here, Dr. Tom Frieden, the former director of the Centers for Disease Control and Prevention, told The Intercept.

“Right now, the major concern that I have, and that other public health experts have, is the risk of outstripping health care capacity,” said Frieden, who is currently a senior fellow for global health at the Council on Foreign Relations. “This would be catastrophic. It’s what we’re seeing in Italy now, and it’s what we could see in communities around the U.S. soon.”

Frieden stressed the importance for healthy individuals of regular hand-washing and called for the medically vulnerable to self-isolate and stay 6 feet away from almost everyone. “We’ve seen terrible examples from Italy and Wuhan [in China] of thousands of health care workers getting infected, and we know that in the U.S. now, many health care workers have become infected.”

New modeling and estimates point to a nightmare scenario in which there could be a tenfold greater need in the United States for intensive-care beds and ventilators than are available, Frieden said. “What we’re hoping is that kind of peak that outstrips the health care system [as in Italy] does not come here,” he told The Intercept. “If it did, it could come in a matter of days to weeks.”

Last week, Frieden published a worst-case — but not implausible — scenario in which he warned that Covid-19 could potentially cause 1 million deaths in the United States alone.

Whether the U.S. health care system buckles like Italy’s “really depends on how vigorously and promptly we do social distancing,” said Frieden, who was also a former commissioner of the New York City Health Department. “The models suggest that you have about a week from where there is unlinked community transmission to have everyone hunker down and stay home, stop working, [and] stop interacting socially.”

Many Americans have ignored these proscriptions, packing bars in Nashville and beaches in Miami. Others, like President Donald Trump, have likened Covid-19 to seasonal influenza. That comparison is flawed, according to Frieden. “This is an unprecedented pandemic. Just to give you a sense of how unusual it is, it is the first time a new [respiratory] pathogen has been tracked to emerge, infect people in the lungs, and spread all around the world,” he explained. “It is also the most societally disruptive infectious disease event in more than 100 years, since the great influenza pandemic of 1918 to 1919.”

In Italy, shops are shuttered, streets are deserted, and 60 million Italians are under what amounts to house arrest. An emergency law enacted last week banned civil and religious ceremonies, including funerals, to prevent the spread of Covid-19. But in some places — like the Sicilian town of Porto Empedocle — locals have attempted to defy the order, which carries a penalty of three months in jail.

The coronavirus spreads person to person, but much is still unknown about how infectious it is. “We’ve seen examples of about a 10 to 15 percent … household attack rate, which means that not everyone in the same household as one patient who has the disease gets it,” Frieden explained. He noted, however, that anecdotal evidence from cruise ships indicates that most crew members who shared rooms with someone with Covid-19 became infected themselves.

If Americans fail at social distancing, Frieden emphasized, the results could be disastrous and lead to what he calls “an explosive transmission phase.” This could be set off by “super-spreading events,” where a contaminated elevator button or doorknob leads to a large number of secondary transmissions. In earlier stages of the outbreak, that kind of transmission occurred, for example, when a person infected abroad returned home and transmitted the virus to their spouse or someone else in close contact.

Such a spike could overwhelm the capacity of America’s health care quickly. But even if the United States avoids catastrophe in the near term, “the risk would go on for months,” said Frieden, “until we have a better sense of how to control this, and a better capacity to rapidly identify cases as they arise, shut down clusters before they become outbreaks, and tamp down outbreaks before they become epidemics.”