Meat industry giant Smithfield Foods faces mounting questions over its handling of coronavirus. Workers at a Wisconsin plant say much more should have been done. 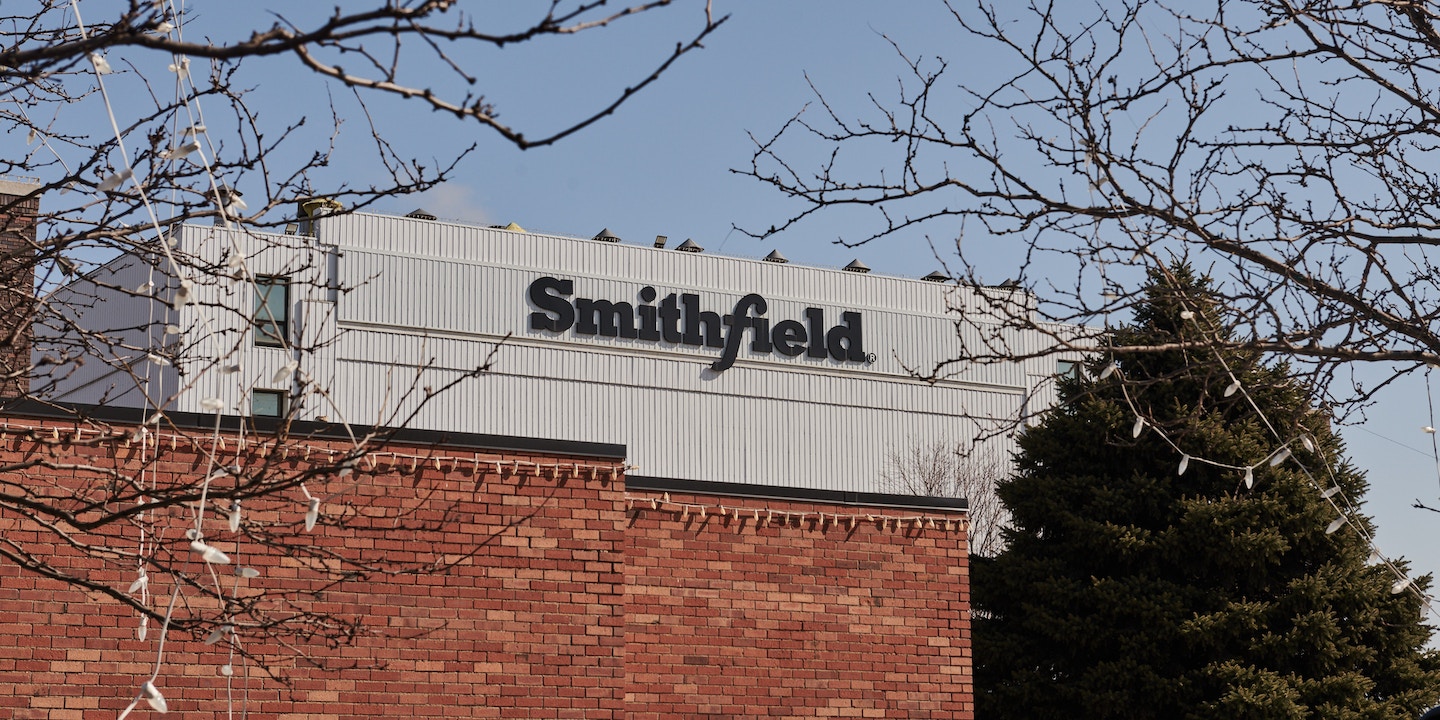 Smithfield Foods, the meat industry giant facing mounting questions over its handling of the coronavirus crisis, repeatedly failed to protect its workforce at a Wisconsin plant, according to workers who spoke to The Intercept.

The workers at the Patrick Cudahy factory, in Cudahy, Wisconsin, faced a Covid-19 outbreak weeks ago, but say managers initially concealed the number of infections, pressured employees to avoid quarantine measures, and failed to provide any face masks or dividers.

A recent outbreak at Smithfield’s pork processing plant in Sioux Falls, South Dakota, is now one of the largest Covid-19 hotspots in the U.S., with 644 confirmed cases tied to the facility. The Smithfield outbreak represents nearly half of all confirmed cases in that state.

Now, the Wisconsin plant, which employs more than 1,000 workers, has more than two dozen confirmed cases and closed down on Wednesday for cleaning and sanitation. Workers at the plant, who spoke to The Intercept under condition of anonymity for fear of reprisal, say much more should have been done.

One plant worker with asthma said that when he asked for a mask last month, an official at the company declined his request because if he was provided one, Smithfield would “have to do it for everyone else.”

He said that one of his co-workers had brought his own mask and was reprimanded to Smithfield’s human resources department, which told him that wearing his own mask would result in suspension.

After days of back and forth between the plant managers and workers, the Cudahy plant allowed its workforce to bring its own masks. Some appeared at work with homemade cloth masks, but most continued to work without basic safety equipment, such as N95 masks.

“Eventually they tried to do some social distancing in the cafeteria, but actually, they’re working elbow to elbow on the line, so there’s no social distancing there,” said the sister of another plant worker. There are currently no Plexiglas dividers between workers, though UFCW Local 1473, which represents workers at the plant, has called for such safeguards to be installed.

“There’s been people sick at the plant. I know at least three people I know at work are sick,” said another worker, who explained that the company first refused to release information about infections at the plant and those who have been in contact with them.

Last week, Fox6 News, a local news affiliate, reported on rising tensions within the Cudahy plant, with many workers expressing fear that the company was not doing enough to prevent an outbreak. Fox6 News obtained records from the Cudahy Health Department showing at least 28 cases at the facility. William Garron, a former union representative, also told Fox, “They really trying to hide the number.” Following the report, Smithfield announced plans to close the plant for cleaning and said only partial crews would work intermittently.

Wisconsin currently has over 3,555 confirmed cases of the coronavirus. Gov. Tony Evers has promoted telework and stay-at-home policies for nonessential businesses. The state’s response to the crisis has been the focus of national attention in recent weeks after Republicans on the state Supreme Court ruled that the state must proceed with April 7 in-person voting over protests from public health advocates and the governor.

Smithfield, which is owned by Chinese conglomerate WH Group, did not respond immediately to a request for comment.

The Cudahy plant and the town in which it is located is named after Patrick Cudahy, an industrialist who pioneered mass pork production across Wisconsin in the late 19th century. The company, which became a subsidiary of Smithfield in 1984, produces branded bacon and dry sausage at the plant, which is near the Milwaukee airport.

Smithfield, which owns meat plants across the country, has a long history of worker injuries and fatalities. The company often uses foreign guest workers, many of whom have reported abusive treatment. In 2007, a number of guest workers from Thailand working in Smithfield plants reported slave-like conditions. The workers later reached a confidential settlement with Smithfield and a recruiting company called Global Horizons.

In response to national attention to the spread of the disease at the South Dakota plant, Smithfield announced last week that it would temporarily close some plants in Missouri and North Carolina.

In a statement published on the Smithfield Foods website, CEO Kenneth Sullivan struck a defiant tone.

“We have a stark choice as a nation: we are either going to produce food or not, even in the face of COVID-19,” wrote Sullivan. The current push to temporarily close plants for cleaning, he added, “is pushing our country perilously close to the edge in terms of our meat supply.”