It could be one of the most consequential VP picks in modern American history. 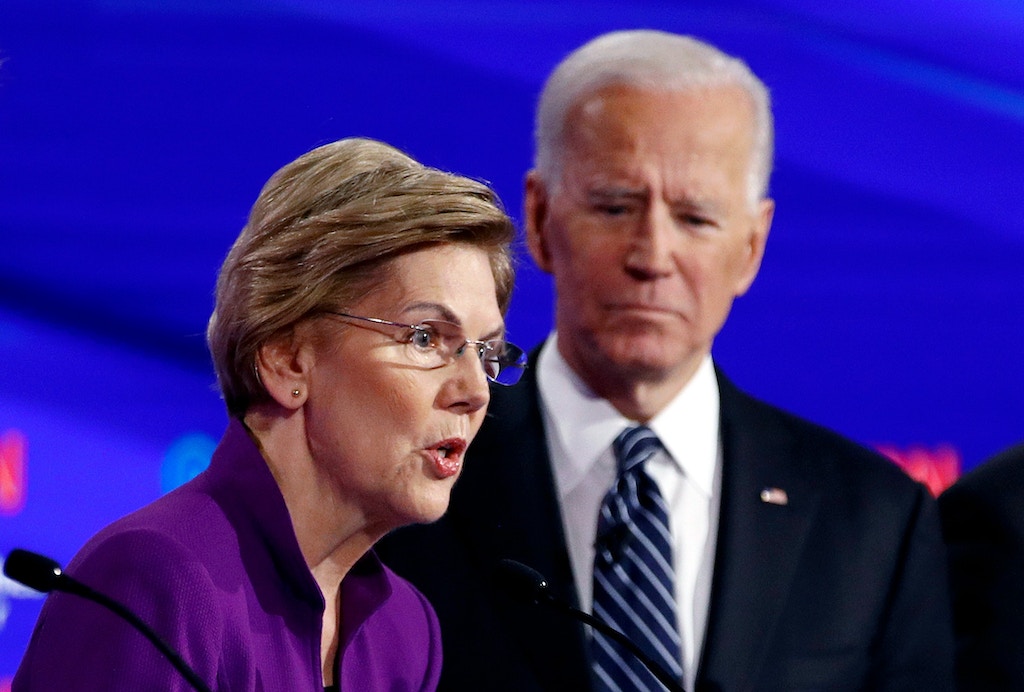 If you win in November, you will be 78 years old at your inauguration — the oldest person ever to enter the White House.

Sorry to be blunt, but the actuarial tables suggest there is a one in five chance you may not make it to the end of your first term. (Keep doing those workouts!)

Voters, therefore, will be paying more attention than normal to who you decide to pick as your vice presidential candidate — and heir apparent. Unlike in most previous presidential elections, who you choose to nominate as your running mate in 2020 really does matter. It could be one of the most consequential VP picks in modern American history.

So far, you’ve said you plan on picking a woman. And if some of the leaks from your campaign are to be believed, these are four of the top runners and riders: Elizabeth Warren, Kamala Harris, Stacey Abrams, and Amy Klobuchar.

All of them are formidable politicians. Harris, the skilled inquisitor; Abrams, the voting rights’ champion; Klobuchar, the bipartisan Midwesterner.

But it is Warren who stands out from the rest. If you were to offer her the VP slot, the senator from Massachusetts has said, without hesitation, that she would accept it.

You should make that offer. And make it soon.

Of course, I have my own agenda here. Like plenty of others on the left, the reason I want Warren on the ticket is to keep you in check, while continuing to push for policies like universal health care, an end to the filibuster, and a wealth tax. She’s a progressive; you’re not.

But here’s the thing: there are three simple reasons why you should want her as your running mate too.

She’s popular. Yes, you soundly beat her in the Democratic presidential primaries — including, humiliatingly, on her home turf of Massachusetts.

Consider the latest polls, however. According to Axios, a new survey in the key swing states of Michigan and Wisconsin, commissioned by Donors of Color Action, found Warren to be “the overall candidate to beat” among potential vice presidential nominees, with “the most consistent support among white and black voters in both states.” She even outpolled Harris among black voters.

Meanwhile, a YouGov/Economist nationwide poll of Democratic voters found “one woman emerges as a clear choice: Massachusetts Senator Elizabeth Warren,” who “leads in every age group, and with both men and women.” She also happens to be the sixth most popular Democrat in the United States — you’re fifth! — and the most popular woman in the party.

Come November, and especially against Donald Trump and his #MAGA cult, you’re going to need an enthused and energetic Democratic base behind you. Yet despite your impressive primary victories, only in one in four of your own supporters say they are “very” enthusiastic about your candidacy. Your campaign rallies were, let’s be honest, pitiful affairs, while Warren pulled in overflow crowds of cheering fans and selfie-takers. “Warren has mastered the art of drawing thousands to her rallies,” noted the Associated Press last September.

Warren has charm, people skills, a common touch. Working-class white men may be your biggest fans; college-educated white women are hers. And the misogyny she’s had to endure so far may not be a problem in the general election. “Like most women,” your former White House colleague Jennifer Palmieri pointed out in the Boston Globe last week, “she could be even more effective when she’s campaigning for someone else, other than herself — then voters don’t get uneasy about all that ambition she has.”

She’s progressive. You spent much of the primary campaign trashing her positions (and Bernie Sanders’s!), but you may need a progressive on your ticket come November. Klobuchar is to the right of you; Abrams isn’t so progressive on some economic issues; and Harris may have a very liberal voting record as a senator but was far from a “progressive prosecutor” in California.

How are you going to prevent any or all of that from happening again — by ignoring the left?

Sanders is too old and too male to be your running mate so Warren is the next best option.

She’s got a plan. Warren has a plan for (almost) everything — and often before anyone else. She was the first major presidential candidate to call for the impeachment of Donald Trump, after reading every page of the 448-page Mueller report. She was the first candidate to publish a detailed plan to tackle the coronavirus outbreak. She continues to make the loud and relentless case for “government action” to “save lives and to rescue our economy.”

Isn’t this the person you want by your side not just in office, but as you run for office in the midst of an unprecedented crisis? Is there a smarter or more competent candidate out there? And isn’t competence what you’re trying to offer the American people, after four long years of Trumpian chaos and dysfunction? This is your chance to be the anti-McCain. Remember how your pal, the late senator from Arizona, unveiled the idiotic and unqualified Sarah Palin as his running mate 17 days before the financial crash? Announcing the wonkish Warren as your running mate a month after the declaration of a national emergency would send the exact opposite message as McCain’s in 2008.

Perhaps with a nod to your own age and health, you have said — rightly! —  on more than one occasion, that the person you pick to be your vice president has to be “ready on day one to be president of the United States.”

If that is your key requirement — and I think it should be — then it has to be Elizabeth Warren. It just has to be. She is readier than the rest. She is even readier than you, Joe.