Winner is fighting for compassionate release due to her medical conditions, but the government said she was “line-jumping.” In early April, weeks after President Donald Trump declared a national emergency due to the spread of the novel coronavirus, National Security Agency whistleblower Reality Winner wrote an email to her family and friends from the federal prison in Texas where she is serving a record sentence for informing the public of a national security threat through an unauthorized leak of classified information.

Winner sent the email as prisoners were bracing themselves for an upcoming lockdown. Since it began, her lawyers said, Winner spends 11 hours a day in a room within 3 feet of four other fellow incarcerated people.

In her email, Winner was most concerned about those who were outside the prison, writing that she worries “every hour of every day” for her loved ones, including her mother, who received the email. The hardest part of lockdown, Winner said, was being “powerless” to help family and friends.

Winner’s mother, Billie Winner-Davis, is an essential employee in south Texas and still expected to show up to her workplace during the Covid-19 pandemic. Reality Winner begged her to quit her job. “She really did express a great fear that: What if I was to get it?” Winner-Davis said. “And then that would be it. She’d never see her mom again.”

“The BOP ‘response’ makes matters worse for Reality and threatens to turn her 63-month sentence into a death sentence.”

Winner’s alarm, however, would soon also grow over her own risk of contracting the virus in Federal Medical Center Carswell, a federal prison in Fort Worth for women with chronic medical issues. “It’s amazing to go into a visitation room and see women in wheelchairs, women in walkers. You almost at some point think that you’re in a nursing home environment,” Winner-Davis said, “because this is where the sick female inmates of our nation go.” With the novel coronavirus spreading throughout the nation’s sprawling mass incarceration system, Winner’s legal team filed a petition in federal court calling for her urgent release.

The motion is in line with guidance from the Trump administration. Attorney General William Barr called on the Bureau of Prisons to utilize home confinement for at-risk inmates and those not assessed to pose a danger to their communities during the coronavirus crisis. Alongside meatpacking plants, jails and prisons rank among the country’s top infection clusters and Winner’s advocates fear that her preexisting health conditions make her susceptible to the virus.

Alison Grinter, a Dallas civil rights attorney on Winner’s legal team, said that releasing people like Winner is “low-hanging fruit” for prisons to make good on compassionate release measures. In addition to hewing to Barr’s guidance on freeing people with nonviolent convictions who pose little likelihood of recommitting a crime, bolstering incarcerated people’s ability to seek release on compassionate grounds was one of the aims of the 2018 First Step Act.

“That says Reality Winner all over it,” Grinter said.

Winner’s petition was filed in early April and was initially denied by Randal Hall, chief judge of the Southern District of Georgia in Augusta, where the National Security Agency station Winner was a contract linguist at is located. When Hall denied Winner’s bid for compassionate release on April 24, he cited his belief that Winner’s facility, as a medical prison, is “presumably better equipped than most to deal with any onset of COVID-19 in its inmates.”

Just four days after his denial, the prison recorded its first inmate death. Andrea Circle Bear, a pregnant woman who was charged with maintaining a “drug-involved” premises in South Dakota, was taken from the prison and put on a ventilator at a local hospital after staff saw she had a fever and dry cough on March 31. At the hospital, she delivered her newborn by cesarean section before succumbing to the coronavirus on April 28.

Winner’s defense team cited Circle Bear’s death in their continued efforts to get Winner released. “This and other serious injury are precisely the imminent harms we cannot allow Reality to suffer, and why we continue to exhaust all possible avenues for relief,” said Winner’s Atlanta-based attorney, Joe Whitley, in an interview. On May 12, Whitley filed a motion to expedite Winner’s appeal of Hall’s decision, though he told The Intercept by email that there is “no set deadline for a ruling.”

“Separate from and in addition to her underlying medical issues,” the motion says, “Reality has coped, all her life, with symptoms and triggers for her conditions (e.g., stress, depression, etc.) by exercising and strictly managing her diet; however, FMC Carswell’s response to the global pandemic allows neither. In other words, BOP’s response effectively took away all of Reality’s healthy coping mechanisms, which further exacerbates her susceptibilities, leaving her even more immunocompromised and vulnerable.” The motion added, “Indeed, the BOP ‘response’ makes matters worse for Reality and threatens to turn her 63-month sentence into a death sentence.”

In responding to Winner’s release, the government said her Air Force-era bulimia diagnosis did not constitute “a qualifying medical condition” justifying compassionate release. Recent sack lunches provided at the prison have included bologna sandwiches, something Winner-Davis said her daughter will not eat. In its motion to opposing Winner’s bid, government attorneys wrote, “Not being able to exercise or eat how she would like does not qualify as ‘unable to provide self-care.’”

In coronavirus-related deaths, however, medical histories loom large. After Circle Bear’s death, FMC Carswell quickly put out a press release noting that she had a preexisting condition. 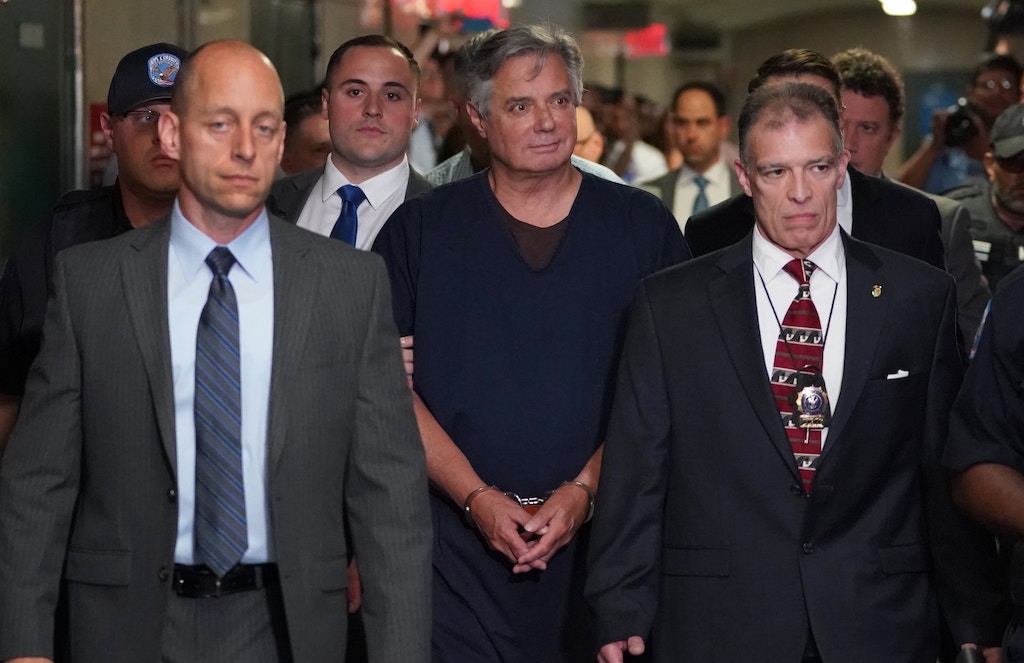 Some high-profile incarcerated people — such as former Trump campaign chair Paul Manafort, Trump’s former personal lawyer Michael Cohen, and Michael Avenatti, an attorney who represented an adult film star who said she had an affair with the president — have been released to home confinement in recent weeks. Some prisons and jails across the country have responded to the call to depopulate during the pandemic. The Bureau of Prisons, which runs Carswell, reported that just over 3,500 of what the Prison Policy Initiative says are 226,000 incarcerated people in the federal prison system have been released since Barr issued his guidance. Advocates, however, say that number needs to be far higher to ensure the safety of prisoners and the staff who report daily to those facilities.

“It’s been completely insufficient and inconsistent. There needs to be a national strategy immediately to release people from detention who are at serious risk of the virus,” said Zeke Johnson of Amnesty International USA, which recently called for Winner’s release. “We need to help people be protected from Covid-19. It’s the U.S. government’s responsibility, and they should do it without excuse and without delay.”

“There needs to be a national strategy immediately to release people from detention who are at serious risk of the virus.”

Winner was widely reported as the source for a June 2017 article in The Intercept on an NSA document that detailed phishing attacks by Russian military intelligence on local U.S. election officials. The Intercept received the document anonymously, and its parent company, First Look Media, contributed to Winner’s legal fund through the Press Freedom Defense Fund after learning of her arrest.

Winner, who has been incarcerated since 2017, is nearing the end of her confinement and, if not granted release during the Covid-19 pandemic, is otherwise projected to leave prison in December 2021.

At FMC Carswell, like in other detention facilities, incarcerated people aren’t the only ones who fear for their health. Following Circle Bear’s death, Vice News reported that the union representing correctional workers at prison sent a whistleblower complaint to Republican Texas Sen. John Cornyn in early April. The complaint said the facility “knowingly and willingly misled the public” about virus mitigation efforts at the facility, therefore “placing the staff, inmates, and community at risk to the most lethal pandemic since 1920,” according to Vice, which posted a copy of the letter.

Winner’s family, her attorneys, and local media have highlighted several causes for alarm in the prison’s response to the virus. While incarcerated people are on partial lockdown and denied outdoor time in a bid to limit their exposure to one another, they nonetheless congregate in the dining hall and share telephone rooms that are not cleaned between uses, Winner’s attorneys say.

KERA News in Dallas reported in April that one incarcerated person said the facility had run out of sanitary pads, toilet paper, and soap. Following publication of the report, the person’s father told the news outlet that she was put into solitary confinement.

Winner-Davis, Reality’s mother, said her daughter has not been tested for Covid-19 and that she is issued one mask a week.

The Intercept submitted written questions about Winner’s prison conditions amid the coronavirus pandemic and the correctional employees’ whistleblower complaint to FMC Carswell’s executive assistant, who forwarded questions to the Bureau of Prisons’ Office of Public Affairs. The spokespeople provided only generic information about the agency’s response to the outbreak.

The U.S. attorneys who prosecuted Winner for unauthorized leak of national security information have twice opposed her bid to ride out the pandemic at her family’s home in rural Texas. The government accused Winner of “line-jumping” and not waiting to file a motion in court until 30 days after submitting a request for release from her prison administration.

In the meantime, as her attorneys await a response from the appeals court in Atlanta, Winner’s mother maintains her home as a safe space to receive her daughter. Winner-Davis’s country house, surrounded by longhorn cattle fields in the Texas panhandle, is so remote that she has to warn visitors that it doesn’t show up on Google Maps. She said she and her husband are taking “all of the precautions” they can, and she wears a mask at all times outside and avoids shopping. Her county has reported only a handful of virus cases.

After one recent troubling phone call with her daughter, Winner-Davis said she wrote to the FMC Carswell administration to express grave concern about Reality’s health.