I Saw My Friends Beaten by Police. This Is What Happens When Cities Prioritize Property Over Black Lives.

Chicago Mayor Lori Lightfoot deployed hyperaggressive police to violently clamp down anti-racist protesters of police violence even as she praised them. 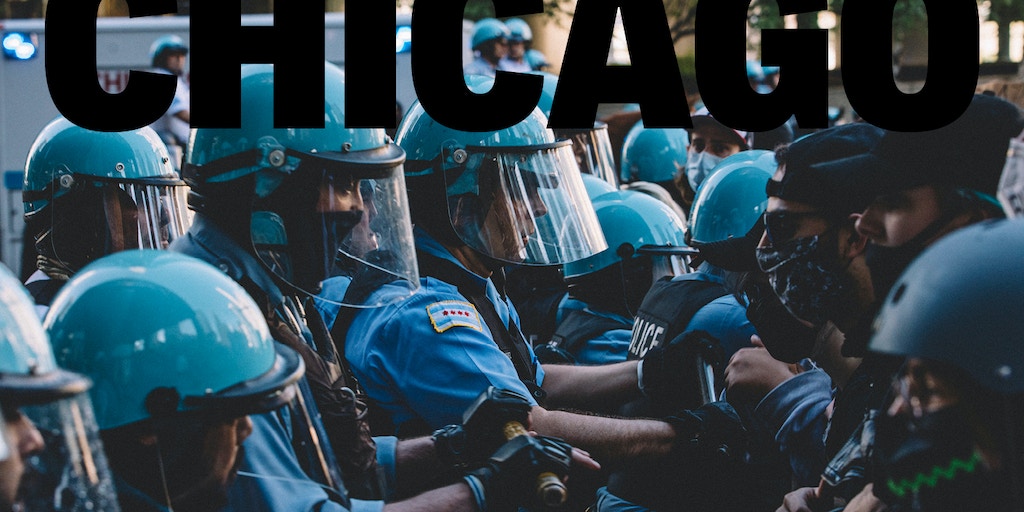 Protesters clash with police in Chicago, during a protest against the death of George Floyd on May 30, 2020.

As city after city began to rise up demanding an end to racist police brutality particularly toward Black people, I knew — as everyone with eyes and ears knew — that it was only a short matter of time before Chicago had its own explosion in response to the horrific murder of George Floyd. The Chicago Police Department is no stranger to police murder of Black people, racism, or corruption; it is the model for corruption and racist policing in the U.S., making national and international headlines for its historic crimes against humanity, racist murders of unarmed Black youth, use of black sites, and its ability to garner government oversight.

On May 31, the third day of protests, I woke up to a city entering what felt like full lockdown. The news was reporting that the bridges connecting downtown Chicago with the north side of the city had been raised, cutting off the city from scenes of destroyed property. By the end of the day, the mayor would announce via tweets that the city’s downtown would be under restricted access to “free up resources and allow supplemental support into neighborhoods.” However, that morning the “resources” and “supplemental support” came in the form of hundreds of police on foot and in SUVs and helicopters circling above. The National Guard would be called in next to set up checkpoints.

After listening to nonstop sirens and helicopters from the window of my Southside apartment for 30 minutes, I decided to take a walk. As I headed up 47th — a street that is littered with local businesses — I saw two storefronts had been broken into. Police were everywhere, aggressively moving neighborhood residents off of their own block. It was not at all like what I had seen in news reports: police roaming the city’s wealthier and whiter downtown loop rounding up “vandals” and “looters.”

Later that day, I attended an organizing meeting with other activists and organizers from surrounding neighborhoods, the vast majority of whom had been involved in grassroots organizing for the Black Lives Matter Movement. We heard about a march nearby. As it approached, a few of us decided to join the peaceful protest as it made its way east, through Hyde Park and toward the lake. It ended peacefully, just shy of Lake Shore Drive: the major artery that runs along the lakefront. As the protesters attempted to head back west, to their cars and to public transit, the police formed a line preventing us from dispersing. When protesters insisted, still nonviolently, the police began to push us back with their batons. As I turned, I saw police beating and tossing one of my friends around as my friend was pleading with him to calm down. As protesters were being attacked by police, others attempted to pull them out of harm’s way. This would not be the last time this group of police would attack us.

After about a 90-minute standoff with the CPD, they finally let down their line. But as we approached a corridor of storefronts on 53rd Street, the police, who had themselves been dispersing, began to turn one by one and run toward us. As I approached the intersection I saw our friend tripped by a police officer. Within seconds, he was being beaten relentlessly by a group of five or six officers. More police showed up, as bystanders and protesters shouted at the police to stop.

As we approached a corridor of storefronts on 53rd Street, the police, who had themselves been dispersing, began to turn one by one and run toward us.

In total, five Black people were beaten into hospitalization by the Chicago Police Department officers. The four who were arrested all suffered concussions, broken bones, cuts and bruises. One person needed immediate medical attention for his head wounds and was released to the custody of the street medics who attended the march. A protester was pepper-sprayed for filming the attack by police. A friend was pushed in front of a moving police cruiser by a CPD officer, and I was also pushed to the ground as I ran to pull her from in front of the SUV. This is only a fraction of the thousands of protesters who have no doubt been assaulted; beaten; made to endure sexist, homophobic, and/or transphobic slurs; and had their rights to legal aid denied all for simply being willing to defend Black life from the ongoing violence from the police.

That night, into the following day, news began to spread quickly that protesters in Chicago were being disappeared into the jails, unheard from for many hours, their right to a lawyer and phone calls withheld and their requests for masks denied — despite the fact that many jails are Covid-19 hotspots. Chicago Mayor Lori Lightfoot lauded the protesters’ anger as righteous on social media and has said the restrictions and National Guard checkpoints were there to protect Chicagoans. In actuality, the municipal restrictions went hand in hand with police violence and impunity. The restrictions, which included the mayor’s decision to end the grab-and-go lunch program provided to public school students amid the Covid-19 lockdown, coupled with overwhelming presence of police resembled a form of collective punishment more than a strategy for protection of protesters — and an effort to protect the property of the rich downtown. The surge of police in Black neighborhoods and debilitating restrictions evoked disturbing memories of the scarcity that existed in Black communities around the time of the 2008 recession and some many times before that. Lightfoot’s derision of so-called rioters illustrates a repugnance of the equation of property — of buildings, of brick and mortar — to Black life. To us, it only reinforced what is at the root of the anti-Blackness that the country has risen up to protest against: racial capitalism. After all, one cannot amass the wealth of a billionaire without engaging in and upholding racism.

The demand to defund the police is also a call to invest in the resources, institutions, and practices that rebuild historically neglected communities and people.

As the demand to defund police departments spreads across the country, the contradictory response from liberal and centrist mayors professing progressive politics is becoming more and more visible. Lightfoot deployed hyperaggressive police in riot gear, particularly in Black neighborhoods, to violently clamp down anti-racist protesters of police violence even as she praised them. Protest and uprisings — like the vote, like the strike — are tools that belong to the people. They are just as important to a democracy as any other political tool at the disposal of the people, and for Black people uprisings and protest have been powerful tools in the fight for Black liberation.

In lock step with proposals from Democratic Party leadership, Mayor Lightfoot’s proposals for police reform are an evasion of the demands for defunding of the Chicago Police Department, offering a “wellness” program and more funding for police as opposed to relief for Black communities and communities of color terrorized by law enforcement for generations and who most recently bore the brunt of the U.S. government’s failure to contain the Covid-19 outbreak.

What the mayor fails to realize is that the calls for defunding the police are not only about reining in their overwhelming authority, power, and resources. The demands to defund the police flow from a now undeniable fact that Black people continue to be abused and exploited by a system that uses policing to violently contain, control, and concentrate that brutality on Black communities and other communities of color. Moreover, the demands to defund and even disband police departments are a call to divest from institutions that harm Black people, chief among them police and prisons. The demand to defund the police is also a call to invest in the resources, institutions, and practices — new, more effective practices — that actually rebuild historically neglected communities and people. To reallocate the exorbitant amount of money and resources given to law enforcement to the communities that have been directly impacted by racist and violent policing for generations. Right now, it is not up to politicians to dictate to the masses of people fed up with this country’s inability to address its racist history with any lasting or meaningful intent. Their role — if any — is to listen and act in defense of Black lives. 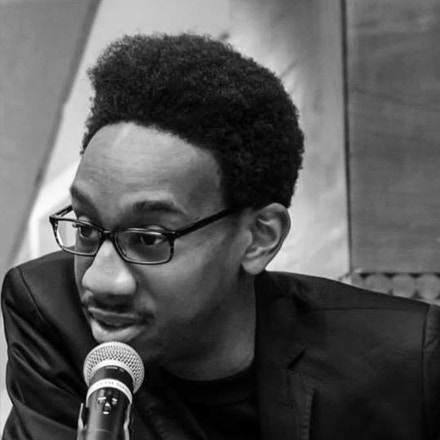