Washington Rep. Derek Kilmer was one of 30 House Democrats who joined with Republicans to sign a letter calling for cuts to Social Security benefits. 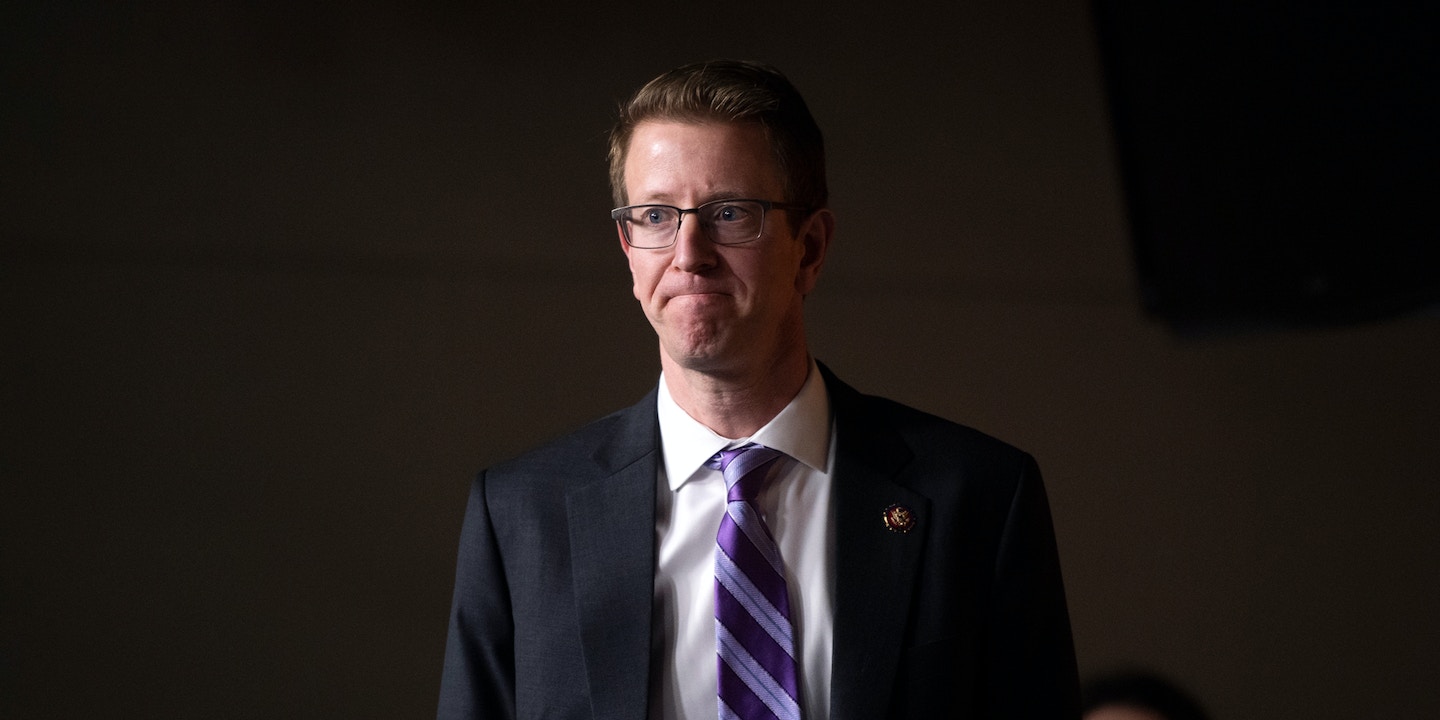 Washington Rep. Derek Kilmer, chair of the corporate-friendly New Democrat Coalition, was among the 30 House Democrats who joined Republicans in signing a letter calling for cuts to Social Security benefits earlier this month.

In the letter, which was addressed to House Speaker Nancy Pelosi and Minority Leader Kevin McCarthy, lawmakers argued that upcoming coronavirus relief legislation should include budget reforms to confront the economic fallout of the pandemic. The lawmakers also asked leadership to address the “pressing issue of the national debt.” One of their policy recommendations — Sen. Mitt Romney’s TRUST Act — has been described as “a plot to gut Social Security behind closed doors.”

The idea of cutting Social Security benefits is deeply unpopular among Americans, and has increasingly become a political liability, most recently for former Vice President Joe Biden during his Democratic presidential primary race against Sen. Bernie Sanders. A 2019 poll on the issue finds that a vast majority of the public opposes cuts to the program, while a 2018 poll finds that 66 percent of people would support candidates who want to expand the New Deal-era program.

But Kilmer, who’s facing a primary challenge in August from progressive Rebecca Parson in Washington’s 6th Congressional District, which covers most of Tacoma, has been trying to walk back his support for the letter and the attack on Social Security in letters to constituents who had contacted him with concerns about the policy recommendation. The congressman wrote that he has been and will continue to be a “vocal opponent of efforts to undermine existing Social Security benefits,” stressing that he’s not a co-sponsor of the TRUST Act and does not intend to co-sponsor it, according to a copy obtained by The Intercept. He also highlighted his support for the Social Security 2100 Act, which would strengthen and expand the program’s benefits.

The TRUST Act, which Romney introduced last October, would create congressional “Rescue Committees” tasked with writing legislation providing 75 years of solvency for federal trust funds, which subsidize programs like Social Security, Medicare, highways and mass transit, and government pensions. The National Committee to Preserve Social Security and Medicare criticized the proposal at the time, saying it would “set up a process that puts benefits at risk, forcing millions of older Americans onto a pathway toward poverty.”

Other advocacy groups, like Social Security Works and Puget Sound Advocates for Retirement Action, or PSARA, have also been fighting the Romney proposal, mounting an escalating pressure campaign on the lawmakers. Social Security Works has been reaching out to every member of Congress who signed onto the letter asking them to oppose cuts, and plans to run billboards against Democratic Rep. Stephanie Murphy of Florida, said Alex Lawson, the executive director. The group celebrated Kilmer’s statement supporting the expansion of benefits, saying the other 59 members should follow his lead.

“It was really with an eye toward the solvency of these other trust funds that I signed onto this letter,” Kilmer wrote, citing the Highway Trust Fund, which gets money from a federal fuel tax, as an example of the kind of program he had in mind. “It was through this lens that I originally viewed the intent of the letter I signed. However, as I review that letter today through your lens, I recognize the valid concerns you raised. Please know that my intent was not — and will not be — to impact these vital earned benefit programs.”

His primary opponent doesn’t buy it.

“There are 3 options: Rep. Kilmer didn’t read the letter he signed, he doesn’t know about the history of bipartisan efforts to cut Social Security and Medicare, or he’s trying to have his cake and eat it, too: publicly praising Social Security while privately trying to cut it,” Parson told The Intercept. “Whether he signed the letter due to negligence, ignorance, or doublespeak, it’s clear he shouldn’t be representing Washington’s 6th District, where 20 percent of our residents are over 65.”

Parson, a 35-year-old organizer and member of the Democratic Socialists of America, is running in a reliably blue district on an ambitious platform that includes Medicare for All, the Green New Deal, national rent control, and a range of pro-labor policies.

“This isn’t hard,” she added. “No increases in the retirement age. No so-called ‘chained-CPI.’” — an indexing measure that could slow the rate at which benefits increase — “No reducing the money our people need to survive. No joining with conservatives to undermine the greatest anti-poverty program in our history. That’s unacceptable to the grandmother in Tacoma I spoke with who’s living on $750 a month and paying $650 in rent, and it’s unacceptable to all seniors in the district.”

In a statement, Kilmer’s campaign reiterated his support for legislation that would expand the program. “He has opposed efforts to privatize Social Security and to cut benefits his entire time in office,” wrote political director Colin McCann. “Because he has been a consistent champion for working people and retirees and their ability to live with dignity, Derek Kilmer is the only candidate in this race endorsed by the Washington State Labor Council.”

Though the pandemic forced Parson to suspend canvassing and pivot to a completely digital campaign, her fundraising has increased in the previous quarter. Kilmer, an incumbent of seven years, has a significant fundraising advantage with $3.5 million cash on hand. Parson’s total fundraising comes out to a bit over $122,000 — more than $44,000 of it raised in the first quarter —  which is more than Kilmer’s Democratic challengers raised in 2014, 2016, and 2018 combined.