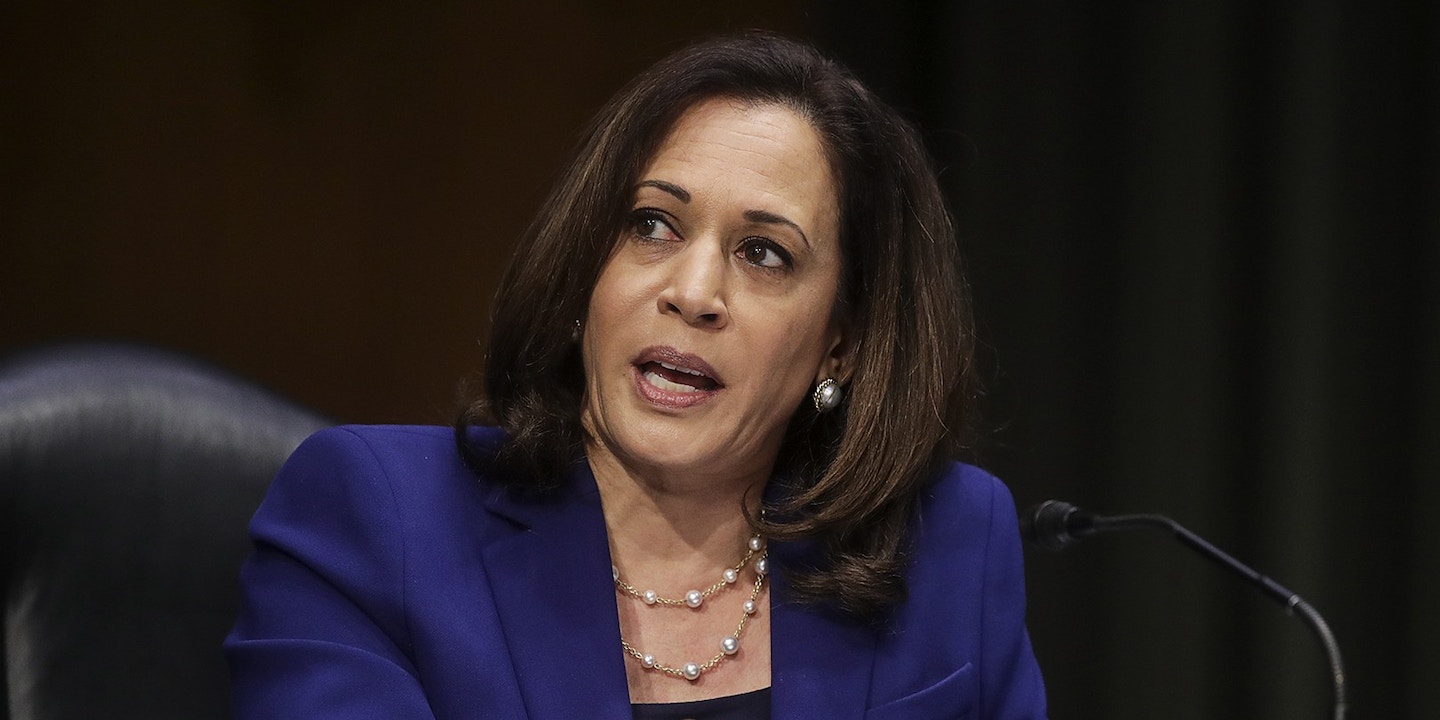 California Democratic Sen. Kamala Harris is widely seen as a front-runner for a spot on the ticket with presumptive nominee Joe Biden, with vetting well underway.

Presidential vetting operations have entire teams of investigators, but for the public, when the pick is announced, the most common source for information about the person chosen is Wikipedia. And there, a war has broken out over how to talk about Harris’s career.

At least one highly dedicated Wikipedia user has been scrubbing controversial aspects of Harris’s “tough-on-crime” record from her Wikipedia page, her decision not to prosecute Steve Mnuchin for mortgage fraud-related crimes, her strong support of prosecutors in Orange County who engaged in rampant misconduct, and other tidbits — such as her previous assertion that “it is not progressive to be soft on crime” — that could prove unflattering to Harris as the public gets to know her on the national stage. The edits, according to the page history, have elicited strong pushback from Wikipedia’s volunteer editor brigade, and have drawn the page into controversy, though it’s a fight the pro-Harris editor is currently winning.

In 2016, The Atlantic published an article about Wikipedia edits and how a burst of activity could foreshadow Hillary Clinton’s vice presidential pick, noting that Virginia Sen. Tim Kaine’s page had seen significantly more edits than any other candidate’s in the weeks leading up to the announcement. The article also cited a 2008 Washington Post report about Sarah Palin’s Wikipedia page seeing more than 65 edits in the hours leading up to John McCain’s announcement.

Last month, a Reddit user remembered this Atlantic piece and wrote a Jupyter script to see which 2020 vice presidential contender had the most edits in a span of three weeks: Harris had 408, Stacey Abrams had 66, Sen. Elizabeth Warren had 22, and Sen. Amy Klobuchar had four. Another Redditor pointed out that a majority of Harris’s edits were coming from a single person.

Harris has been working to distance herself on the national stage from her prosecutorial record in California, which has increasingly become a political liability, while taking a lead on Democratic police reform legislation after the killings of George Floyd and Breonna Taylor. During the 2020 Democratic presidential primary, she branded herself as a “progressive prosecutor” and shifted left on issues like health care and climate change. But the most drastic gap is between her current messaging on crime and her past.

A section in her bio that detailed her decision not to prosecute Mnuchin for financial fraud, despite recommendations from her staff attorneys, has also been deleted:

In 2013, Harris did not prosecute Steve Mnuchin‘s bank OneWest despite evidence “suggestive of widespread misconduct” according to a leaked memo. … In 2017, she said that her office’s decision not to prosecute Mnuchin was based on “following the facts and the evidence … like any other case”. In 2016, Mnuchin donated $2,000 to her campaign, making her the only 2016 Senate Democratic candidate to get cash from Mnuchin, but as senator, she voted against the confirmation of Mnuchin as Secretary of the Treasury.

A section on an Ethics Commission finding Harris guilty of a campaign spending violation during her San Francisco district attorney race has also been deleted. A line about Harris traveling to Israel and the West Bank in November 2017, where she met with Israeli Prime Minister Benjamin Netanyahu, was removed altogether.

The Wikipedia user, who goes by the username “Bnguyen1114,” has made hundreds of edits to Harris’s page throughout the last several months, often getting into fights over the proposed edits with other Wikipedia editors, who pointed out that the language was getting pulled directly from press releases and campaign literature. “You seem to have gone through a database of press releases from Harris’s office, cataloging every single one and adding it to the article,” one Wikipedia editor said. “That is not how we write encyclopedic articles.”

On June 11, the Wikipedia user removed this section referencing the Orange County scandal from the page, saying that they were proofreading for length:

Later that year, Harris appealed a judge’s order to take over the prosecution of a high-profile mass murder case and to eject all 250 prosecutors from the Orange County District Attorney’s office over allegations of misconduct by Republican D.A. Tony Rackauckas. Rackauckas was alleged to have illegally employed jailhouse informants and concealed evidence. Harris noted that it was unnecessary to ban all 250 prosecutors from working on the case, as only a few had been directly involved, later promising a narrower criminal investigation. The U.S. Department of Justice began an investigation into Rackauckas in December 2016, but he was not re-elected.

In her first bid for public office, Harris embraced a “tough-on-crime” approach in the San Francisco district attorney race and unseated Terence Hallinan, who was considered one of the “most left-wing politicians in the country.” Under Hallinan, the district attorney’s office focused on rehabilitative justice initiatives instead of incarceration, which led to the lowest felony conviction rates of any county in California.

While campaigning in the Mission District, SF Weekly reported at the time, Harris slammed Hallinan for failing to prosecute anti-war protesters for property destruction. “It is not progressive to be soft on crime,” she said.

On June 8, the Wikipedia user removed this quote from the page, saying that the changes made were “minor edits for length.”

In a paragraph about Harris announcing a new state law requiring law enforcement agencies to collect statistics on how many people are shot, seriously injured, or killed by police officers throughout the state, the user removed the following sentence: “Harris was later criticized by criminal justice advocates for her measured approach.”

This user also tried to make edits to the “Bernie Bro” Wikipedia page, a term that refers to the persistent myth that Bernie Sanders’s presidential campaign had a monolithic base of support concentrated only among young white men.

According to the user’s edit history, they tried to remove a paragraph explaining that although Sanders’s base skewed white in 2016, the Vermont senator actually had the most diverse base of any of the Democratic presidential candidates.

Harris’s most fervent online supporters, or stans, call themselves the “KHive.” Though members of the KHive are excited by the prospect of Harris, a daughter of Indian and Jamaican immigrants, shattering another glass ceiling, they also cite her policy positions as a reason for their support. They generally consider her background as a prosecutor to be a political strength.