As Covid-19 cases surge in Houston, the doctors wrote that Crenshaw “has spewed lies for the past four months — minimizing the threat we face.” 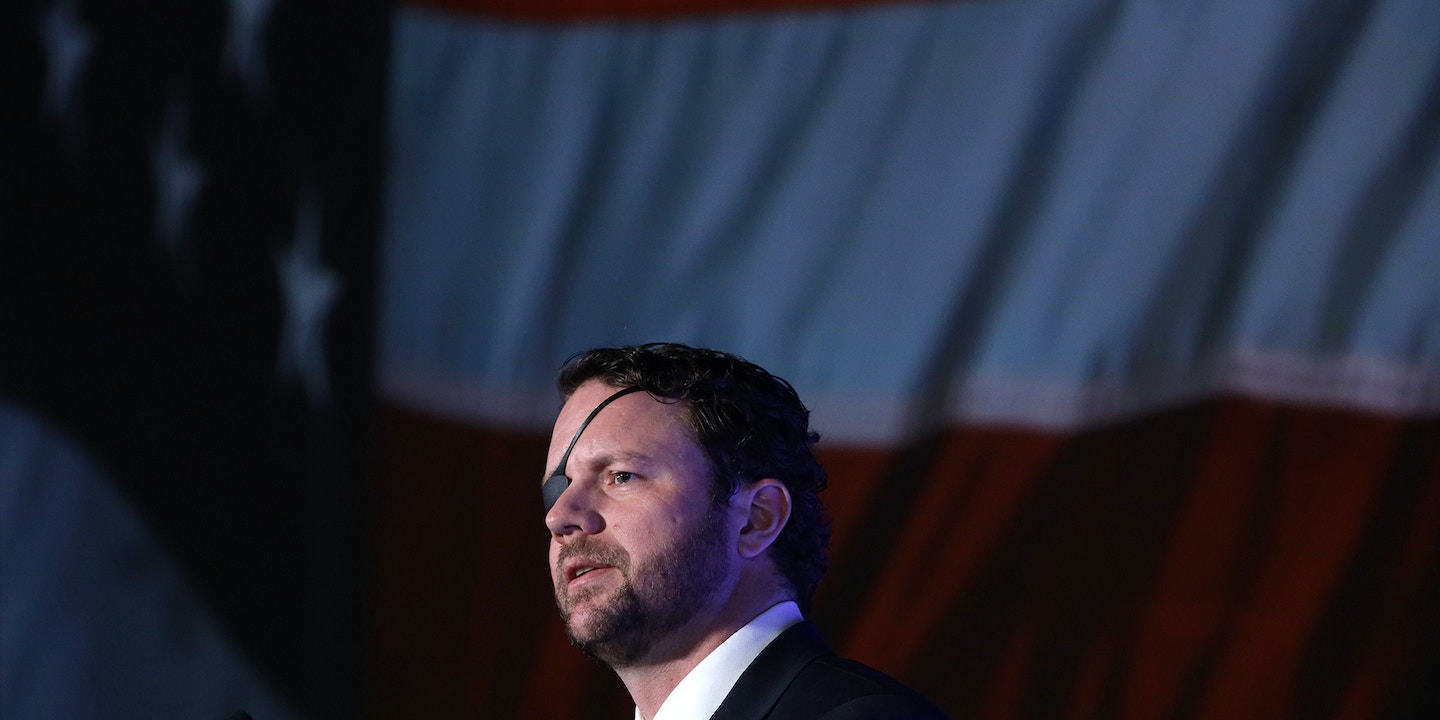 More than 100 doctors, medical professionals, and emergency room physicians in the Houston area have signed their names to a letter condemning Republican Rep. Daniel Crenshaw for spreading misinformation during the Covid-19 pandemic, which has been ravaging the Texas city hard in recent weeks.

The doctors didn’t mince their words.

“The COVID-19 pandemic should not be a partisan issue — that’s why even Governor Abbott is finally stalling the reopening process and implementing the mask mandates that he unwisely blocked just two short months ago,” the medical workers, who are primarily women, wrote in the letter, which is first being reported on by The Intercept. “Dan Crenshaw, on the other hand, has spewed lies for the past four months — minimizing the threat we face and spreading dangerous disinformation for self-indulgent headlines.”

Doctors rarely ever make such pointed political statements, but the urgency of the coronavirus crisis — and the real harm caused by disinformation spread by elected officials — prompted the Houston-area physicians to speak up, especially as Republicans in the state continued to promote large, indoor gatherings against the advice of public health experts.

“As everyone is seeing right now with Dr. Fauci, the medical community is just getting raked over the coals, and undermined and blamed,” Dr. Christina Propst, a pediatrician in Houston who helped to organize the letter, told The Intercept. “If you’re a physician working in places like Texas and Florida, you’re just battling disinformation constantly, and it gets so exhausting and frustrating.”

The list of Crenshaw’s comments undermining the seriousness of the pandemic runs long. He has also taken it upon himself to strongly defend the Trump administration’s response to the public health crisis. In mid-April, the first-term representative recorded a video entitled “Debunking the Left’s COVID-19 Narrative” where he defended President Donald Trump’s pandemic response. (Trump tweeted the video, describing it as “BRILLIANT, A MUST-WATCH.”) Crenshaw’s campaign did not return a request for comment.

On Wednesday, Houston reported 16 new deaths from Covid-19, the first time the city had reported double-digit fatalities since the virus hit the region in March. The deaths were linked to cases that were reported in June, as the past month has seen the number of cases skyrocket in Texas and the greater Houston area.

Between Memorial Day and mid-June, Texas’s hospitalization rate shot up by 36 percent, a fact that Crenshaw has downplayed. “If you just hear 36 percent increase, that does sound like a lot. … In reality, it’s under 500 additional hospitalizations out of a state of 30 million people,” he said on his podcast. “So it’s really not a lot. … We’re so far away from being in over-capacity or even close to it that it’s laughable.”

When a Harris County judge said around the same time that Texas “may be approaching the precipice of a disaster” Crenshaw blasted her for “pure and simple fear mongering.” He also added that “people have figured out what they need to do to remain safe.” A few weeks later, he argued that “prolonged and universal closures” had been “devastating for learning and health.”

In their letter, the doctors criticized Crenshaw for “undermin[ing] the advice of our public health experts at every turn — enabling millions of his followers to the same.” This mixed messaging, they say, left medical workers “handicapped in our mission” to protect Texans from the start of the pandemic.

“We need elected officials who don’t throw out meaningless platitudes while trying to shift blame to the institutions working to keep us informed and protected,” the doctors wrote. “Please Congressman Crenshaw. We are tired. We are your neighbors. … We implore you to stop playing politics with our lives, stop spreading dangerous disinformation, and start leading by example.”

Propst said that she felt the tide start to change among physicians a few weeks ago, back when the Republican Party of Texas made clear it had no intention of canceling its in-person biennial convention, where 6,000 people were expected to convene inside Houston’s George Brown Convention Center. Propst and some fellow female colleagues began organizing a petition and phone calls to pressure the Texas Medical Association to condemn the event, which at the time the association was still sponsoring. The internal lobbying was successful and in late June, the president of the 50,000-member state medical association withdrew its sponsorship of the event and urged the GOP to cancel it. (Earlier this week the state Republican Party finally agreed to hold its convention online.)

“I think when people saw that organizing work, it emboldened us to speak out against more dangerous and unethical things we’ve been dealing with,” said Propst.

Crenshaw, who represents Texas’s 2nd District — which includes much of northern and western Houston — is facing off in November against Democratic challenger Sima Ladjevardian, an attorney and former adviser to Beto O’Rourke. The race is one of the seven Texas House seats that the Democratic Congressional Campaign Committee has deemed most competitive and possible to flip.

“Now more than ever we need a leader who will listen to our medical heroes, guide Houston toward a recovery, and protect Texans with pre-existing conditions,” said Ladjevardian. “Our medical frontline heroes are begging Congressman Crenshaw to stop spreading disinformation and start acting responsibly, but he won’t.”