A Pentagon report shows that in 2019 the military made 65 condolence payments in Afghanistan, six in Iraq, and none in any other country. 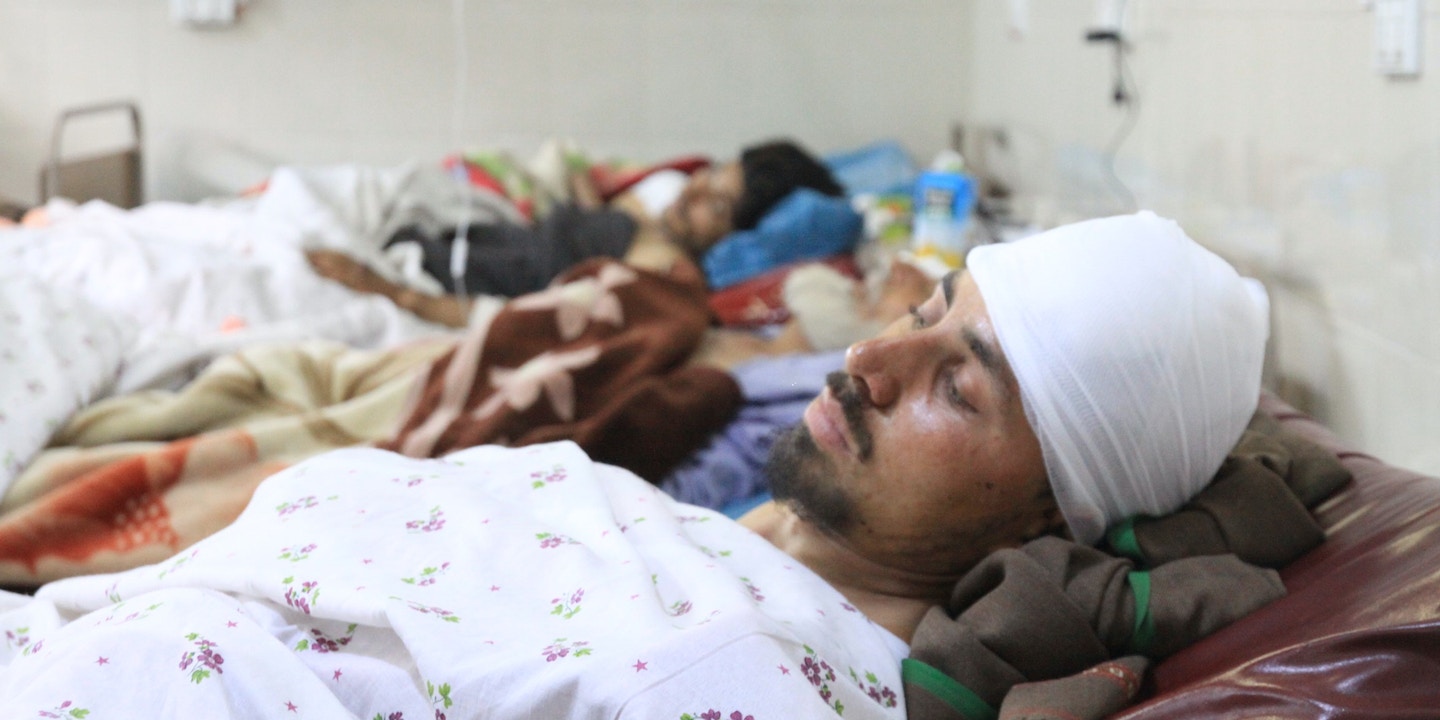 The Pentagon is overhauling the way it tracks and reports payments to the families of civilians killed or injured in U.S. operations, standardizing a process that has remained secretive and ad hoc for years.

Giving money to the victims of war, commonly called condolence or ex gratia payments, has long been a part of U.S. strategy in places like Afghanistan, where commanders have also used it to compensate local civilians for property destruction. In 2016, for example, after the U.S. admitted to bombing a hospital in Kunduz, Afghanistan, military officials on a nearby U.S. base handed out thousands of dollars to the relatives of some of the 42 people killed.

But in places like Syria and Somalia, where the U.S. has conducted airstrikes with a smaller ground presence, human rights groups have criticized the military for failing to compensate or even properly account for civilians who were killed and injured by American bombs.

In May, the Defense Department sent a first-of-its kind report to Congress that shows the limits of condolence payments. The report, posted on a department website with little notice, states that in 2019, the military made 65 condolence payments in Afghanistan, six in Iraq, and none in any other country.

In the first half of 2019 alone, the monitoring group Airwars tracked 43 separate reports of civilian casualties from the U.S.-led coalition’s operations in Syria estimating that between 415 and 1,029 civilians were killed. The Department of Defense, for the same period in Syria, acknowledged only nine “credible” civilian casualty incidents, resulting in 21 civilian deaths. None of those appear to be reflected in the new report on condolence payments.

Luke Hartig, a fellow with New America and a former senior director for counterterrorism on Barack Obama’s National Security Council, told The Intercept that having U.S. troops on the ground made it “easier to both assess damages and make the payments” in places like Afghanistan, but added, “I don’t totally buy that rationale for not making any ex gratia payments in other locations.”

In 2019, the military made 65 condolence payments in Afghanistan, six in Iraq, and none in any other country.

Congress authorized money to be used for compensation payments in 2017 in Syria, and in 2018 extended it to Somalia, Libya, and Yemen. Earlier this month, in response to a law passed by Congress last year, the Defense Department issued “interim regulations” meant to create an internal process for gathering reports of the payments and then sending them to Congress.

The regulations — which are expected to be finalized early next year — say that the “principal goal” of the payments is to “help authorized commanders obtain and maintain friendly relations with and the support of local populations where U.S. forces are operating.”

Hartig said that he had hoped the regulations would acknowledge, if not a legal obligation, at least a moral duty to compensate for U.S. errors. “Mistakes happen, and part of this is not just to smooth things over but to attempt on its own right to try to make good when we make mistakes,” he said. “I would have expected more moral and ethical culpability in here.”

In a statement to The Intercept, Pentagon spokesperson Michael Howard said that the interim regulations allow “authorized commanders, at their discretion” to provide payments as a “means of expressing condolences or sympathy or as a goodwill gesture in the event of property damage, personal injury, or death that is incident to the use of force by the U.S. Armed Forces, a coalition that includes the United States, or a military organization supporting the United States or such coalition.”

Internally, the Defense Department refers to condolence payments as a type of “ex gratia payments” — Latin for “from favor” — meaning that the U.S. government is choosing to make them voluntarily, not from a sense of legal obligation. The military also uses the term to describe payments made to compensate for property damage or to pay the families of fallen Afghan soldiers or police officers who were working with the U.S.

“Offers of ex gratia payments … are not legally required, nor may they be construed or considered as an admission or an acknowledgment of any legal obligation to provide compensation, payment, or reparations for property, personal injury, or death,” the interim regulations say.

Daphne Eviatar, director of Amnesty International USA’s Security With Human Rights Program, told The Intercept that the regulations made it clear that the military wasn’t even attempting to provide the type of legal accountability required by international law.

“Civilians are civilians. There are not ‘friendly’ or ‘unfriendly’ civilians. Civilians need to be protected, period.”

“This is designed to serve a short term strategic interest — that the commander on the ground thinks it’s helpful to have friendly relations with the people that his troops are interacting with,” said Eviatar. “It’s not designed at all to address the interests of the victims of U.S. bombings.”

The vast majority of the 611 payments tallied in the 2019 report are marked as compensation for “battle damage” to property, or as so-called “hero payments,” for the families of fallen Afghan allies. The 71 condolence payments in Afghanistan and Iraq ranged in amount from $169 to $35,000.

And although human rights advocates described the regulations as a step forward for transparency, Eviatar also expressed dismay with a provision in the regulations that requires that the recipients of compensation be “friendly” to American forces.

The preponderance of payments in Afghanistan in the report demonstrates that compensating civilians is a key part of U.S. strategy in that conflict.

In 2019 — the same period in which the U.S. made 65 condolence payments in Afghanistan — the U.S. assessed that 57 “reports” of civilian casualties were “credible,” according to the Department’s most recent annual accounting. Those credible claims added up to 132 Afghan civilians killed and approximately 91 civilians injured. Clearly, not each individual death or injury resulted in a payment, although some payments may have covered multiple individuals, and Howard said that “generally, U.S. military forces operating in Afghanistan offer condolence payments at a relatively high rate.”

But the military has also been heavily criticized for how rarely it assesses that civilian casualties have taken place. The Defense Department openly admits that it uses a different standard of “civilian casualty” than the United Nations Assistance Mission to Afghanistan, or UNAMA, which estimated that in 2019 “international military forces” — mostly the United States — were responsible for 559 Afghans killed and 227 injured.

The main reason for the discrepancy, as a recent DOD report on Afghanistan explains, is that the U.S. forces only assess claims as “credible” when their own sources of intelligence can verify that civilians were killed. “The UNAMA reports rely primarily on human sources and in many cases [the United States] cannot verify the validity of UNAMA sources,” the report says.

Journalists and rights groups counter that on-the-ground investigations are critical. The U.S. military rarely visits the site of a raid or airstrike, or interviews eyewitnesses — and in several cases, they have had to reverse their position on civilian casualties from an attack after outside investigators surfaced new information.