Links Between Sen. Dan Sullivan and Pebble Mine Are Deeper Than Previously Known

A managing partner at the controversial mine’s lobbying firm sits on the board of the Alaska senator’s family company. 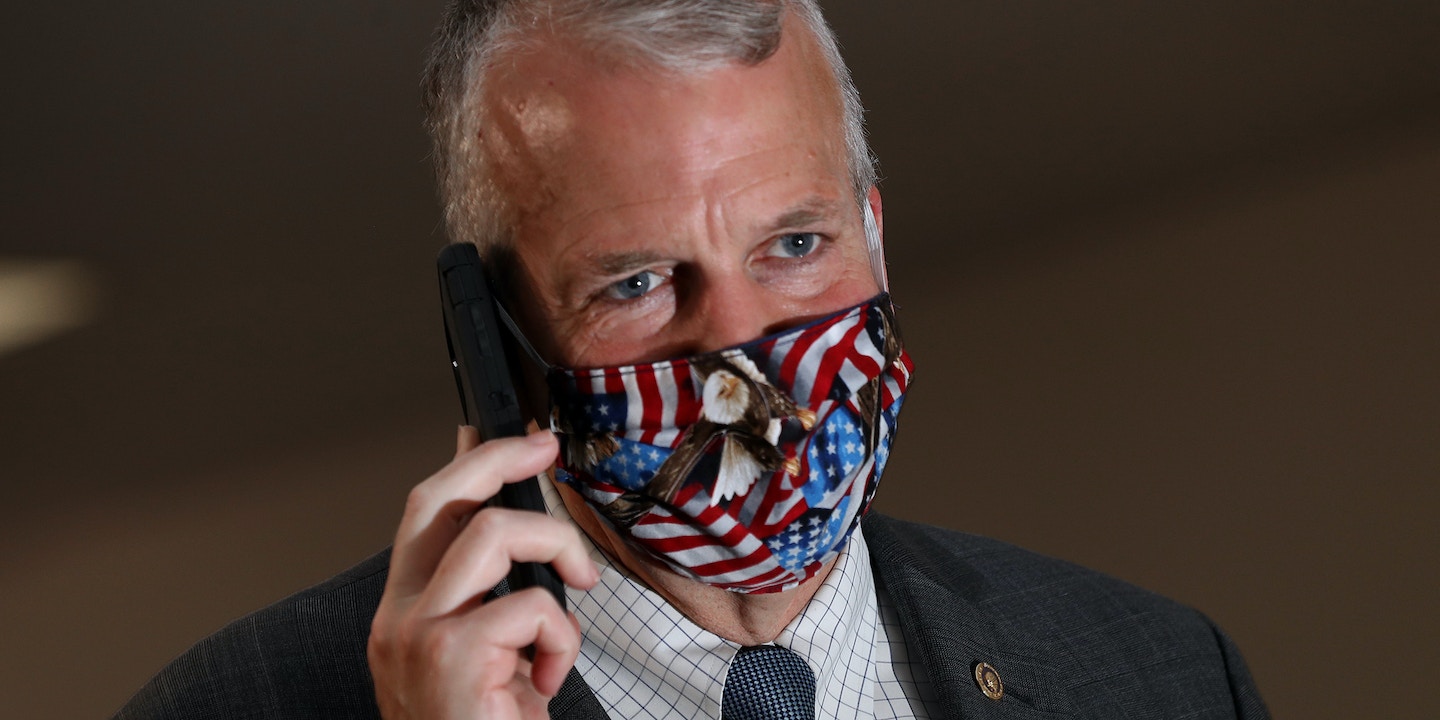 One of the powerhouse lobbying firms advocating on behalf of Alaska’s controversial Pebble Mine project has close ties to the company RPM International, which is partially owned by Alaska Sen. Dan Sullivan, and run by Sullivan’s brother, Frank Sullivan.

The close relationship complicates the politics of an unfolding scandal for Sullivan, which rocked the state’s Senate race after audio emerged of Pebble Mine executives confidently claiming that Sullivan was privately supportive of the project but staying mum publicly until the election. Sullivan responded by declaring his opposition to the proposal to create the largest mine in North America. The mine, which is staunchly opposed by environmental groups, would sit smack dab in the middle of the world’s largest sockeye salmon fishery.

Judd Legum’s newsletter Popular Information has previously reported that executives from the mine partnership and their lobbyists had contributed $34,000 to the senator’s campaigns. In addition to that, Nance and two other Squire Patton Boggs employees have delivered $15,500 for Sullivan’s campaigns — $10,300 of that since the mine hired the lobbying firm in 2018. As a senator, Sullivan remains enmeshed in his family’s company as a substantial shareholder; federal financial disclosures show that he owns between $1 and $5 million in stock, and the family and the company have donated over $90,000 to his campaign and PAC since he won his first election in 2014.

Sullivan, Nance, RPM, and Squire Patton Boggs did not respond to requests for comment.

Sullivan’s connections to the mine have dogged him in the last leg of the Senate race. Sullivan had opposed the Obama EPA’s efforts to shelve the project and, until the recordings were released, had declined to oppose it. Sullivan’s opponent, independent Al Gross, is making his opposition to the mine a marquee issue in the race, blanketing the state with ads. FEC disclosures show that Gross has outraised Sullivan over 6-1 in the most recent quarter.

In September, the Environmental Investigation Agency published secretly recorded calls where the now-former CEO of the mine partnership said that they were hoping Sullivan would be able to “ride out the election” and stay mostly silent on the mine. This was followed by Sullivan distancing himself from the project at a Zoom debate on October 13; Sullivan said, “The Pebble Mine is dead, and I’m going to keep it that way.” The Pebble Partnership exploration camp pictured on Sept. 4, 2019, marks the proposed Pebble Mine site at the headwaters of Bristol Bay in southwest Alaska.

Pebble Mine would be the largest in North America, with substantial copper and gold deposits, as well as rhenium, a rare earth mineral that is a critical component of jet engines. The environmental group Earthworks has reported that Phase 1 of the mining project, if approved, would eliminate at least 80 miles of streams and 3,500 acres of wetlands, necessitate a toxic pit lake filled with 61 billion gallons of mine water, and lead to the construction of a natural gas pipeline over Iliamna Lake, which is the largest freshwater lake in Alaska.

Squire Patton Boggs has been working for Pebble since 2018, lobbying the EPA, the House, the Senate, and the White House. Other firms lobbying on behalf of the mine include Ballard Partners, the lobbying firm closest to the Trump administration, and former aides to Sen. Lisa Murkowski through their respective lobbying firms Windward Strategies and Buchanan Ingersoll & Rooney.

On July 24, the Army Corps of Engineers released an Environmental Impact Statement that declared that there would be little to no impact on the environment from the megaproject, a report the Natural Resources Defense Council said was an “abomination.” A month later, the Army Corps of Engineers said that it would not be permitting the project in the present form, and gave the mine’s partnership 90 days to assemble a proposal that would address “unavoidable adverse impacts” on the Bristol Bay ecosystem.The secret recording by environmental advocates showed that executives planned to press on regardless.

The parent company of the Pebble Limited Partnership, Northern Dynasty Minerals, saw its stock soar in the aftermath of the Army Corps’ environmental impact statement. After the Corps paused the permitting, the stock went down but is still trading at about two times above the pre-statement price, indicating Wall Street’s confidence in the mine’s prospects.

RPM International, a Cleveland-based manufacturing company that makes sealants, coatings, and building materials, has also had its share of legal trouble since Frank Sullivan took over as chair and CEO in 2002. In 2013, the firm paid $61 million to settle allegations that the firm had fraudulently billed the federal government for roofing contracts, also beginning in 2002. The investigation came out after a former RPM executive became a whistleblower.

The federal contracting violations spawned a separate federal investigation in September 2016, wherein the SEC charged the firm and its vice president and general counsel Edward Moore with misleading investors — by not disclosing facts surrounding the federal contracting investigation in a timely manner to investors, in contravention to federal securities law. Litigation between the SEC and RPM is ongoing. (Moore and his wife have also donated to Sullivan’s campaigns.)

Cindy Schipani, a professor of business law at the University of Michigan, said that the arrangement raises questions about Nance’s independence as a director of RPM. “The way the courts look at independence is whether the director can make objective decisions,” about the company whose board they sit on, Schipani said.

“When there’s money at stake in their pockets, often objectivity is impaired. Human self-interest is to be profiting themselves. It’s those conflicts of interest that we worry about. We want to make sure they can come into it objectively, otherwise they shouldn’t be classified as independent. We want independent directors as a watchdog. It only works if they’re not self interested,” she said.