Summers wanted Treasury, but Obama held him off by offering him a future Fed chair appointment. In the interim, though, the arrangement fell apart. President Barack Obama promised Larry Summers the chair of the Federal Reserve if the economist would agree to serve as a White House adviser in a role other than treasury secretary, Obama confirmed in the first volume of his new memoir, “A Promised Land.”

The suggestion of a deal between Summers and Obama had been previously reported, but Obama had not confirmed it on the record. In his memoir, Obama writes that the idea came from his chief of staff, Rahm Emanuel, as a carrot to persuade Summers to accept an appointment as director of the National Economic Council — a step down from the position he wanted and had previously held under President Bill Clinton: head of the Treasury Department.

In his memoir, Obama writes that the idea came from his chief of staff, Rahm Emanuel, as a carrot to persuade Summers to accept a lesser appointment.

Obama, in his memoir, said he assured Summers he would have an equal standing with Tim Geithner, a Summers protege who was head of the Federal Reserve Bank of New York during the financial crisis — and whom Obama preferred for the treasury secretary post.

Summers never got the promised prize, however. In 2009, Obama reappointed Ben Bernanke for another term at the Fed. As that term was winding down in 2013, rumors circulated that Summers was Obama’s preferred pick to replace him, sparking heated opposition from the progressive wing of the party, which pushed instead for economist Janet Yellen. At a private meeting of House Democrats, Obama swung back, warning members to “not to believe everything you read in The Huffington Post,” referencing a progressive publication that had been particularly outspoken in its criticism of Summers. Obama complained that the outlet had made Summers a “progressive whipping boy.” 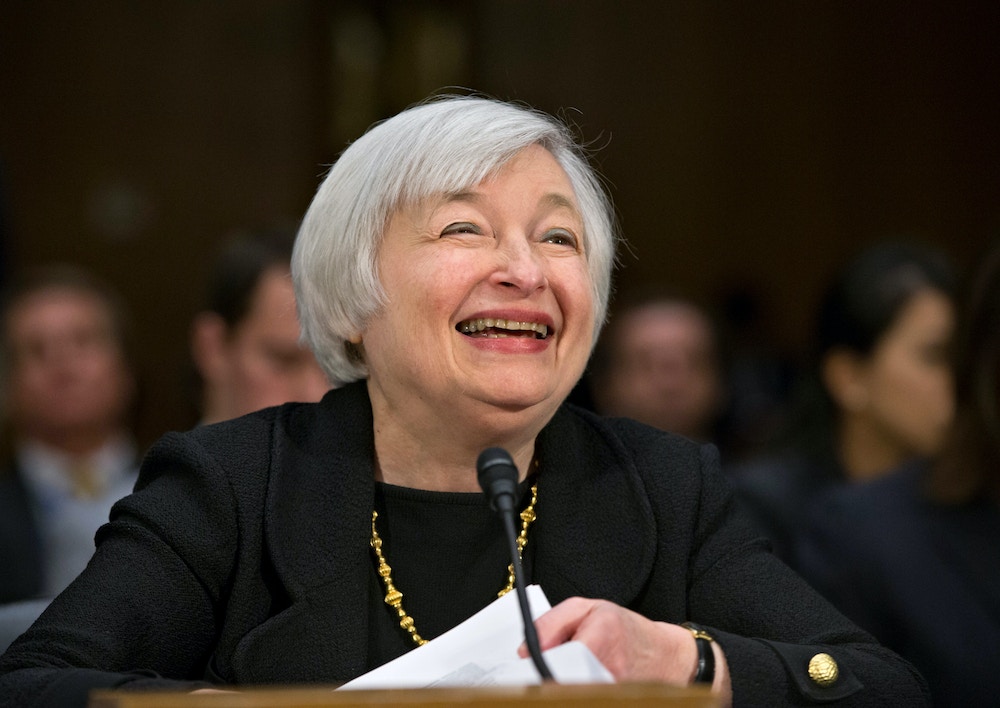 Ironically, as I reported in my book, “We’ve Got People,” it was Summers’s performance during his quid that undermined his quo. Summers had promised Oregon Sen. Jeff Merkley that in exchange for supporting the second round of the Wall Street bailout, the administration would put $50 to $100 billion toward foreclosure relief and would lobby on behalf of cramdown: a law that would empower bankruptcy judges to reduce underwater mortgages and let people stay in their homes. Neither happened, and instead Summers later lobbied against cramdown.

It was an infuriating position to anybody who was in touch with the pain felt by the people whose lives were being destroyed by the crash. Merkley, not coincidentally, was the first senator to express public reservations about a Summers nomination, and the strategy to block him quickly zeroed in on the Senate Banking Committee.

The committee also included Sens. Elizabeth Warren, D-Mass., and Sherrod Brown, D-Ohio, which made three votes against Summers. Yet the Summers opponents needed two more to take him down, assuming that all Republicans would also oppose him (along with anybody else Obama would nominate). Merkley took the lead in organizing the effort behind the scenes, with Warren cultivating outside groups and labor unions in opposition. Merkley worked hard on Sens. Jon Tester, D-Mont.; Heidi Heitkamp, D-N.D.; and Joe Manchin, D-W.Va.; all three of them had populist streaks, with Tester’s the most pronounced.

For Heitkamp, outside groups active in the effort deployed an unusual strategy. Heitkamp’s voters back home were not particularly engaged in a backroom contest between Yellen and Summers, unlike plugged-in, wealthy liberals in New York, Chicago, and California. But much of Heitkamp’s fundraising base was made up of wealthy progressive women in those cities — and those women got organized. All of a sudden, Heitkamp’s phone was blowing up, with her donors letting her know how important it was to them that she not vote to confirm the erratic, sexist Summers and instead get behind Yellen.

UltraViolet, an online women’s group, and the National Organization for Women played pivotal roles, identifying top donors and mobilizing women on the ground. Merkley continued to press his case over recess in August 2013. When the Senate returned after Labor Day, he and Warren went in for the kill. Had Summers not opposed naming Warren to permanently head the Consumer Financial Protection Bureau, she may not have been in the Senate at all. But that wasn’t her or Summers’s fate. “I don’t think it’s any secret that Larry was not my first choice,” Warren said on MSNBC’s “Morning Joe” the first Monday back from recess.

Merkley then spoke to Democratic senators on the committee during caucus meetings and made Summers’s affinity for Wall Street and prior support for deregulation the key element of his pitch. He homed in on Summers’s backing for the Glass–Steagall repeal, which allowed banks to grow much larger and take on more risk, fueling the bubble that crashed into the Great Recession. He also highlighted Summers’s opposition to regulating derivatives — another key factor in the crisis — in a battle with then-Commodity Futures Trading Commission head Brooksley Born.

To make the point that Summers had not revised his approach, Merkley noted his intense behind-the-scenes opposition to the Volcker Rule, an attempt to reinstate some of Glass–Steagall’s restrictions that was added to the Dodd–Frank Wall Street reform law by Merkley and Brown.

Both Heitkamp and Tester told Merkley they’d oppose Summers in committee, and on a Friday in mid-September, Merkley laid his cards on the table, telling the committee chair, Sen. Tim Johnson, D-S.D., as well as Senate Majority Leader Harry Reid, D-Nev., and the White House that he had the five votes needed to sink the nomination — which had still not been made publicly. That Sunday, Summers withdrew his name from consideration.

The first volume of Obama’s memoir stops at the end of his first term, so the world will have to wait for his version of how the deal with Summers fell apart.