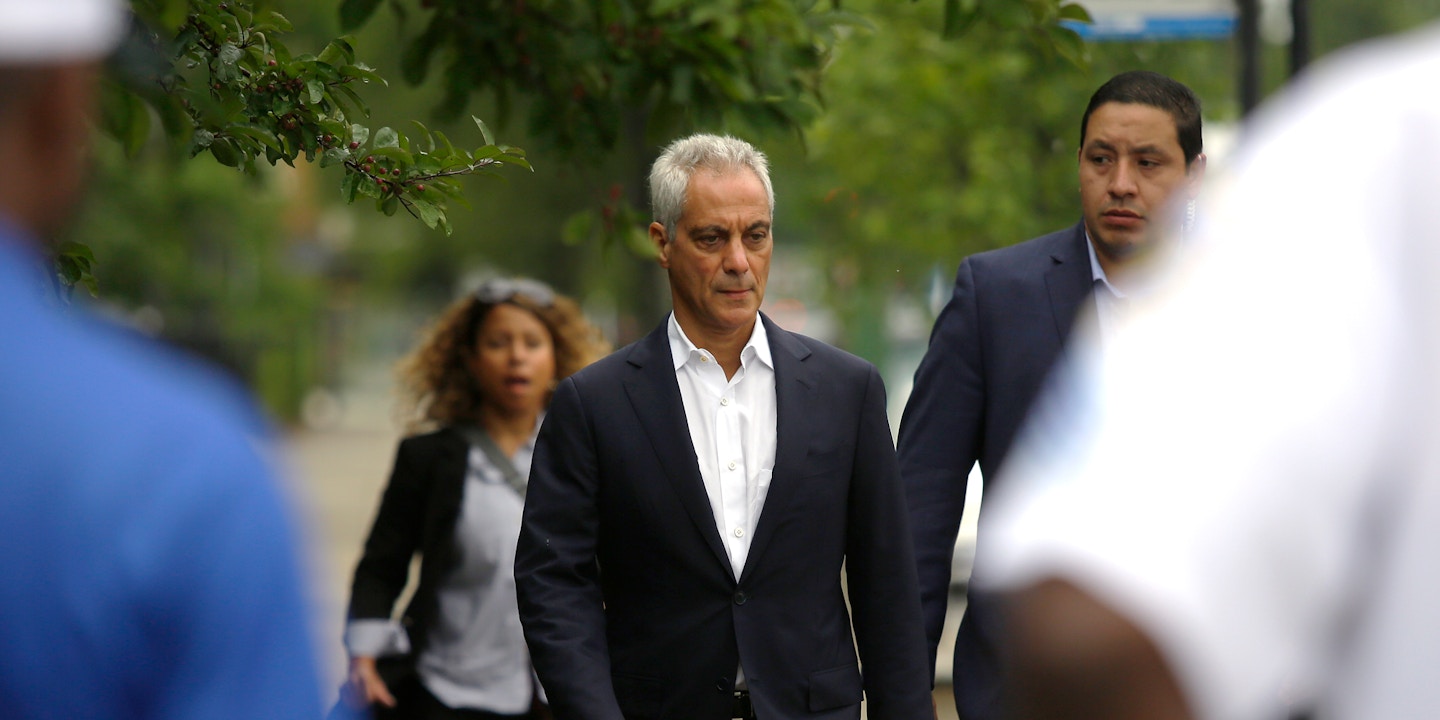 Unions representing transportation workers who helped elect Joe Biden are outraged about reports that the president-elect is considering former Chicago Mayor Rahm Emanuel to lead the Department of Transportation, citing his record of clashing with workers while in city government.

“Rahm Emanuel would be a nightmare. And a betrayal,” said John Samuelsen, international president of the Transport Workers Union of America, AFL-CIO, which represents 150,000 workers in more than 100 local unions. The union endorsed Biden in May and was one of several major transport unions that backed his campaign. “The trade union movement in transportation worked extremely hard to get Joe Biden elected,” he said, particularly in Pennsylvania, where the union represents Philadelphia’s SEPTA transit, rail, and bus workers.

TWU recruited transit and rail volunteers in Pennsylvania who knocked doors, did phone and text banking, held caravans and virtual rallies with co-workers, and distributed fliers at work sites. “We didn’t work our asses off to have Rahm Emanuel as the secretary of transportation,” Samuelsen said. “He’s anti-trade union, he’s anti-worker.”

The Association of Flight Attendants-CWA, AFL-CIO, said Emanuel’s consideration was a “complete non-starter,” and pointed to President Sara Nelson’s tweets on the news over the weekend. “We do not need a union buster setting the rules for workers in aviation. That just doesn’t reflect @JoeBiden’s deep commitment to workers & our unions,” Nelson tweeted Sunday. The union endorsed Biden in October.

The Teamsters are not commenting publicly on any potential nominees but are sharing thoughts on picks privately with the transition team, said Bret Caldwell, director of communications for the union. The other unions did not immediately respond to requests for comment. As mayor of Chicago from 2011 to 2019, Emanuel faced off with unions representing teachers and city employees. Emanuel pursued legislation making it harder for teachers to strike, laid off hundreds of teachers and school staff, closed some 50 schools, and threatened to lay off hundreds more city employees to cut costs in favor of privatizing city services. Chicago teachers went on their first strike in a quarter of a decade during Emanuel’s first term, setting off a wave of teacher strikes in a handful of states. City workers fought Emanuel’s efforts to require them to pay more to receive their pension benefits. Despite this record, Emanuel had some labor support during his 2015 mayoral reelection campaign, with unions split between him and his opponent, now Rep. Jesús “Chuy” García.

Emanuel’s name has been floating as a potential pick for Biden’s cabinet for several weeks, and he was lobbying for the transportation secretary post, The Intercept reported last month. News that Emanuel was under consideration sparked backlash from progressives, largely in response to Emanuel’s handling of the 2014 Chicago police killing of 17-year-old Laquan McDonald. Emanuel was instrumental in helping cover up the killing and went to court to prevent the release of the dashcam video ahead of his 2015 election. He maintains that he did not see the video until it was released to the public and has defended his handling of the case.

“I have no doubt in my mind that he would do what any good neoliberal would do, and side with the bosses,” Samuelsen said. “No matter where he lands, whether it’s in transportation or elsewhere, it’s gonna be viewed by the workers that supported Joe Biden as a total betrayal. And it’ll be yet another in a long line of Democratic Party betrayals,” he added. “The truth of the matter is that Rahm Emanuel is the type of Democrat that got Trump elected to begin with.”