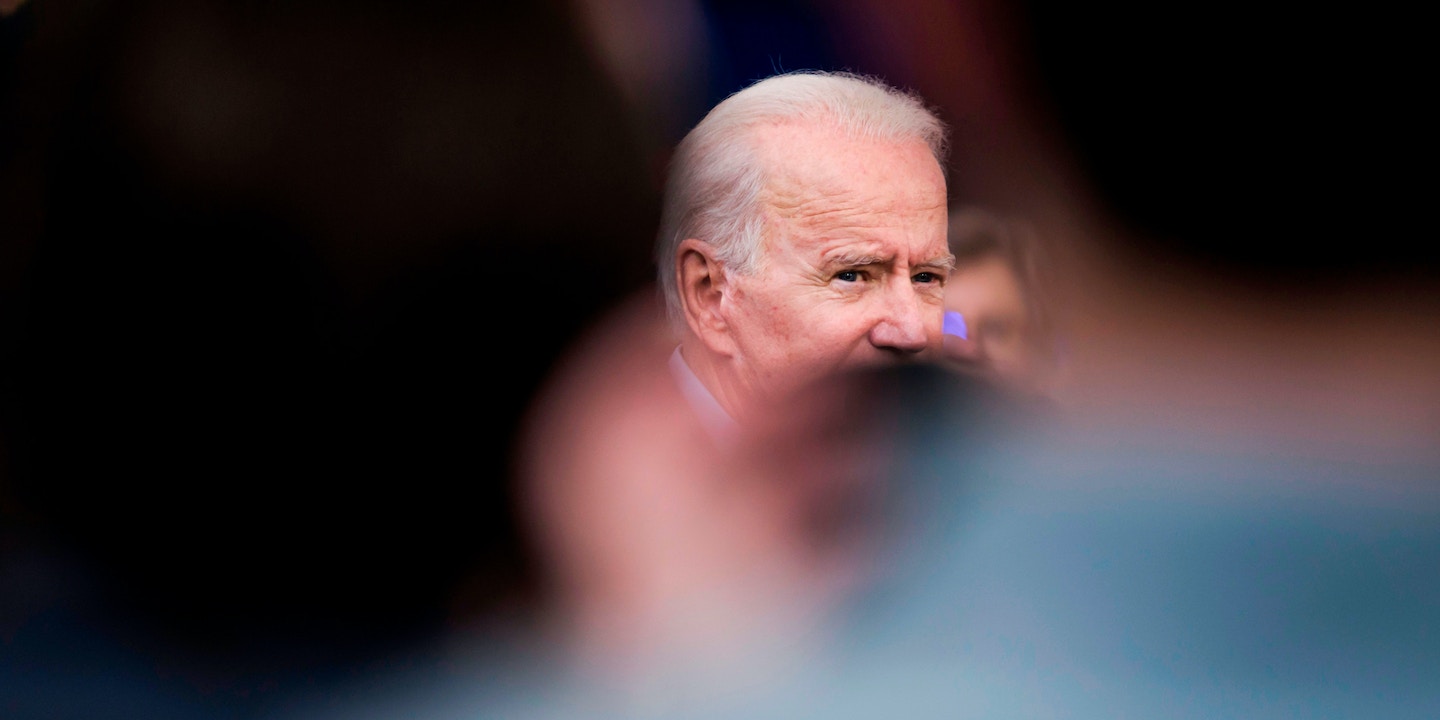 “Donald Trump has presided over the most corrupt administration in modern history,” Joe Biden’s website declared as he ran for president. By contrast, the site said, a Biden administration would “make sure that the principles of equality, transparency, and public — not private — interest drive all government decisions.”

It would be difficult for any incoming administration to match Trump for opacity and self-dealing. But an obscure exemption for executive branch officials from disclosing previous clients may generate an interesting test case for Biden’s commitment to full transparency.

The question is partly whether any Biden nominees will use this exemption themselves to conceal their recent sources of income. Perhaps more important is the question of whether the Biden administration will take steps to eliminate the exemption, thereby foreclosing its abuse by future presidents, Trumpian or otherwise.

Basic financial disclosure requirements for American elected officials are a relatively recent development. The legendary community organizer Saul Alinsky joked in his 1971 book “Rules for Radicals” that one doomed attempt to create such requirements was called Senate Bill 1993 because that was “probably the year it will finally be passed.”

Alinsky was too pessimistic. Thanks to public fury over the Watergate scandal, Congress passed the Ethics in Government Act in 1978. The new law forced senators, representatives, and many executive branch personnel — including the president — to make public many details about their finances.

The law also created the Office of Government Ethics, tasked with creating the specific regulations for the executive branch based on the law. The OGE also keeps track of all the executive branch paperwork. You can find Trump’s byzantine Public Financial Disclosure Report on the OGE website here, including a list of everyone to whom he owes money (page 35).

One key requirement of the act is that officials must disclose all sources of income over $5,000 within the past two years — unless that information is “confidential as a result of a privileged relationship, established by law.”

Once the law passed, the OGE did its job, creating regulations explaining exactly what those words mean. The OGE handbook for incoming officials informs them that they are exempt from disclosing recent clients when “a written confidentiality agreement … expressly prohibits disclosure of the client’s identity.”

That’s where many of Biden’s prospective staff come in. A remarkable number of them have passed through the doors of WestExec Advisors, a consulting company co-founded in 2018 by Anthony Blinken and Michèle Flournoy, who’d both served in the Obama administration. According to WestExec’s website, it’s named after West Executive Avenue, “the closed street that runs between the West Wing of the White House and the Eisenhower Executive Office Building … quite literally, the road to the Situation Room.”

“Think Scowcroft Group, Kissinger, RiceHadleyGates, Albright, but my generation,” Flournoy told The Intercept soon after the company’s birth, naming many firms created by former high-level U.S. officials to capitalize on their government connections.

Biden has said he will nominate Blinken to be secretary of state, and Flournoy is a top candidate as Biden’s secretary of defense. Avril Haines, Biden’s pick for director of national intelligence, worked at WestExec. So did Jennifer Psaki, who will be Biden’s White House spokesperson.

And WestExec does not disclose its clients — not on its website and not in response to requests from the New York Times, the American Prospect, or The Intercept. All signs indicate, however, that the company’s services are employed by corporations that do significant business with the Pentagon. A WestExec official told the Prospect that one of its clients is a top-five defense company. The Times and the Prospect have also reported, respectively, that WestExec has worked for a San Diego drone corporation and Windward, an Israeli artificial intelligence company.

WestExec has said itself that it has nondisclosure agreements with “many” of its clients. In theory, this means that Blinken, Flournoy, and others might not have to disclose these clients under the OGE exemption for cases with “a written confidentiality agreement.”

But things will likely be different in practice. Craig Holman of Public Citizen, a liberal advocacy organization, possesses an encyclopedic knowledge of the history and practice of government ethics. According to Holman, incoming lawyers have used the OGE exemption in the past, but he knows of no examples of it being used by consultants to conceal their clients. Moreover, the Biden transition has stated that Blinken is asking WestExec clients to give him permission to disclose his business relationship with them. (When asked whether this was also the case with other former WestExec employees, a spokesman for the transition responded “every cabinet member will abide by strict ethics rules and abide by all disclosure requirements.”)

And in any case, it is important to keep in mind that all of this takes place in the context of the contempt Trump, his senior adviser and son-in-law Jared Kushner, and most others in his administration have had for the most basic ethical standards. Taking advantage of a disclosure exemption allowed by the OGE would be a minnow of an ethical transgression compared to what’s been done by officials in the Trump administration, including by the president himself.

A more significant problem with the exemption, Holman believes, could arise in the future. Trump’s unprecedented use of nondisclosure agreements will likely inspire the same behavior in other aspiring presidents.

This could then make current “reverse revolving door” prohibitions — under which government officials must recuse themselves from any decisions related to recent employers — extremely difficult to enforce. “A public official could hire a large consulting or law firm and require individual employees to sign NDAs,” Holman explained. “The public would know that a public official hired the firm, but it would make it very difficult to uncover which employees worked on behalf of the public official.” If those same people then joined the government, they could evade revealing that they had worked for the official and therefore, could make decisions regarding that official.

The Biden administration should have the power to preempt this. Interestingly, this OGE exemption for corporate confidentiality agreements is not required by the text of the Ethics in Government Act. The term “privileged relationship” used in the law is generally meant to refer to the relationship between a lawyer and a client. When the OGE developed its regulations, it made the decision to expand it to cover corporate NDAs. That means, Holman said, that “OGE could remove that exemption without legislation.”

OGE has a peculiar independent status within the executive branch, which means that Biden could not simply order it to make the change. But presidents have a great deal of persuasive power and can make things happen without formal authority. Biden could also make eliminating the exemption a requirement for the next director of the OGE when the current director’s five-year term is up in 2023. The OGE received the most attention in its history when its then-director Walter Shaub resigned in 2017, appalled by the Trump administration’s actions. In his resignation letter, he wrote that “public service is a public trust, requiring employees to place loyalty to the Constitution, the laws, and ethical principles above private gain.”

Disavowing the use of the disclosure exemption, and even eliminating it, would not generate a huge concrete change in the practice of politics in Washington, D.C. But it would be a symbolic change, and as the U.S. attempts to recover some kind of ethical compass after four years of Trump, symbolic changes matter too.