Some U.S. Allies Expressed Concern About the Capitol Insurrection — and Others Did Not

Many U.S. allies were alarmed, while client-states that place little value on democracy were entirely muted. 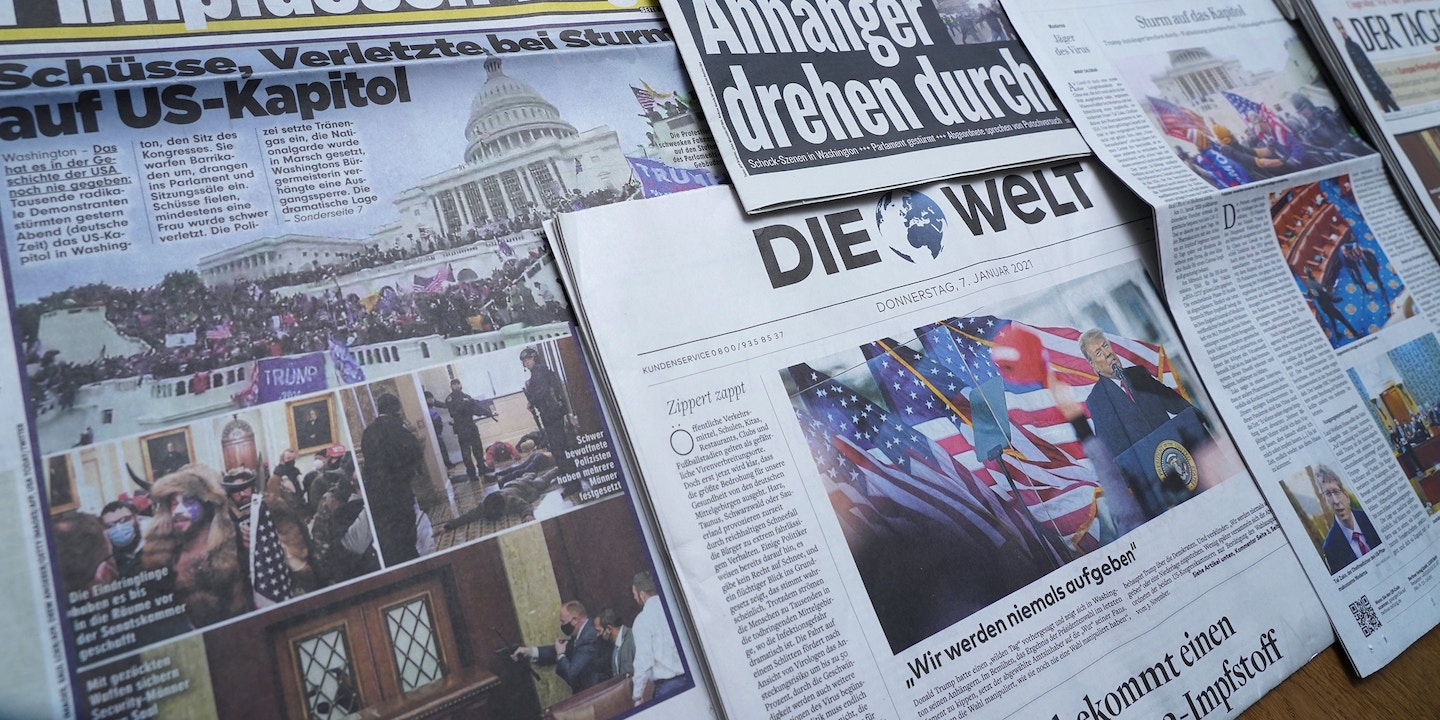 You find out who your real friends are when a crisis hits. The old adage has rarely been truer than it is today in the United States. America’s quasi-religious image of itself as a beacon of democracy to the world, however flawed, was traumatically undermined Wednesday by the sacking of the U.S. Capitol building. Vandals bearing Trump flags, bedecked in all manner of outlandish costume, trashed the offices meant to symbolize the U.S. commitment to democracy at home and abroad. Elected officials and staffers were sent fleeing for their lives. After years of scouring the planet for enemies to defeat, it turned out the barbarians were being nurtured inside the walls all along.

It can be possible at times to make too much of the symbolism of such a moment, but the breach of the Capitol by hordes of American citizens clearly uninterested in democracy is a red alert about U.S. political decline.

In the wake of this shocking event, the leaders of traditional U.S. allies — such as the United Kingdom, France, Germany, Canada, New Zealand, Spain, Japan, and other liberal democracies — expressed unprecedented alarm about the fate of democracy in the U.S. In a statement that summed up the grief-stricken disbelief felt by many, British Prime Minister Boris Johnson said, “The United States stands for democracy around the world” — before warning that “it is now vital that there should be a peaceful and orderly transfer of power.” European Council President Charles Michel’s statement evoked the horror of religious desecration, describing the U.S. Capitol that had been sacked by vandals “a temple of democracy.”

For all their many imperfections, what these countries have in common is a sense of sharing values and destiny with the U.S. Their statements can be compared not only to the gloating of U.S. rivals — many of whom weighed in with obvious satisfaction about yesterday’s events — but also the far more muted reactions of other supposed U.S. allies. This was particularly true among certain Middle East leaders, upon whom the Trump administration has lavished incredible amounts of diplomatic, economic, and military support, even at the expense of actively alienating historical partners like the ones that expressed alarm Wednesday.

There was not a word to be heard about democracy from the rulers of Saudi Arabia, the United Arab Emirates, Bahrain, and other supposed U.S. partners. Israeli Prime Minister Benjamin Netanyahu — the leader of the country that U.S. politicians often insist is their greatest ally and that has benefited to an utterly incredible degree from the Trump administration’s indulgence — was slower to respond than his own foreign minister, but eventually released a statement. “For generations American democracy has inspired millions around the world and in Israel. American democracy has always inspired me,”he said, condemning the attacks. “Lawlessness and violence are the opposite of the values we know Americans and Israelis cherish.”

The difference between the thundering denunciations coming from democratic capitals versus the reaction of these pampered U.S. client states is obvious: The latter group doesn’t care about democracy. They don’t care about it in their own neighborhoods, where they actively work to suppress it, nor in the U.S. Their interest in the U.S. is as an imperial hegemon, which they can manipulate and exploit for their own benefit.

Corrupted U.S. political institutions serve these theoretically dependent client-states even as they harm Americans. This is true of the think tank and lobbying worlds, but it is especially true of politicians who have essentially corrupt characters, namely Trump and his cronies. Unscrupulous political decision-making in D.C., with weak democratic oversight, allows undemocratic foreign countries to get what they want from the U.S. without conceding anything in return when it comes to their own behavior.

Accordingly, leaders like Saudi Arabia’s Mohammed bin Salman had great relations with Trump and his family. What Trump and his movement have been doing to the U.S. domestically has been barely worth noting: He has been a gold mine for their own interests.

These countries do not care one whit about the sort of corruption and disinformation that has characterized the Trump era — that gave rise to Wednesday’s events. Indeed, Gulf despots and Israeli leaders alike are happy to use these tools when it serves them. In addition to the use of online misinformation networks and expensive PR campaigns aimed at corralling just enough public opinion in their favor, these foreign powers also make robust use of more sophisticated avenues for influence in Washington.

While the network of alliances created by the U.S. in the wake of World War II was genuinely, if often imperfectly, built on an idea of shared values, the U.S. shares nothing at all of its values with Gulf Arab states run by murderous and corrupt monarchs, or countries like Israel that subjugate millions on the basis of a racial caste system that they seem to have no interest in abandoning.

Everything that those states embody is what the United States, at its better moments, has been trying to escape. Picking up the shattered pieces of the U.S. Capitol building, it would be worth reflecting on which countries are America’s real friends and which have been merely feeding off, and pushing for, the U.S.’s democratic decay.

Update: January 11, 2021
This post has been updated to include a statement made by Israeli Prime Minister Benjamin Netanyahu condemning the assault on the Capitol.