Pelosi Quietly Thanks Democrats Pushing to Expel Members of Congress 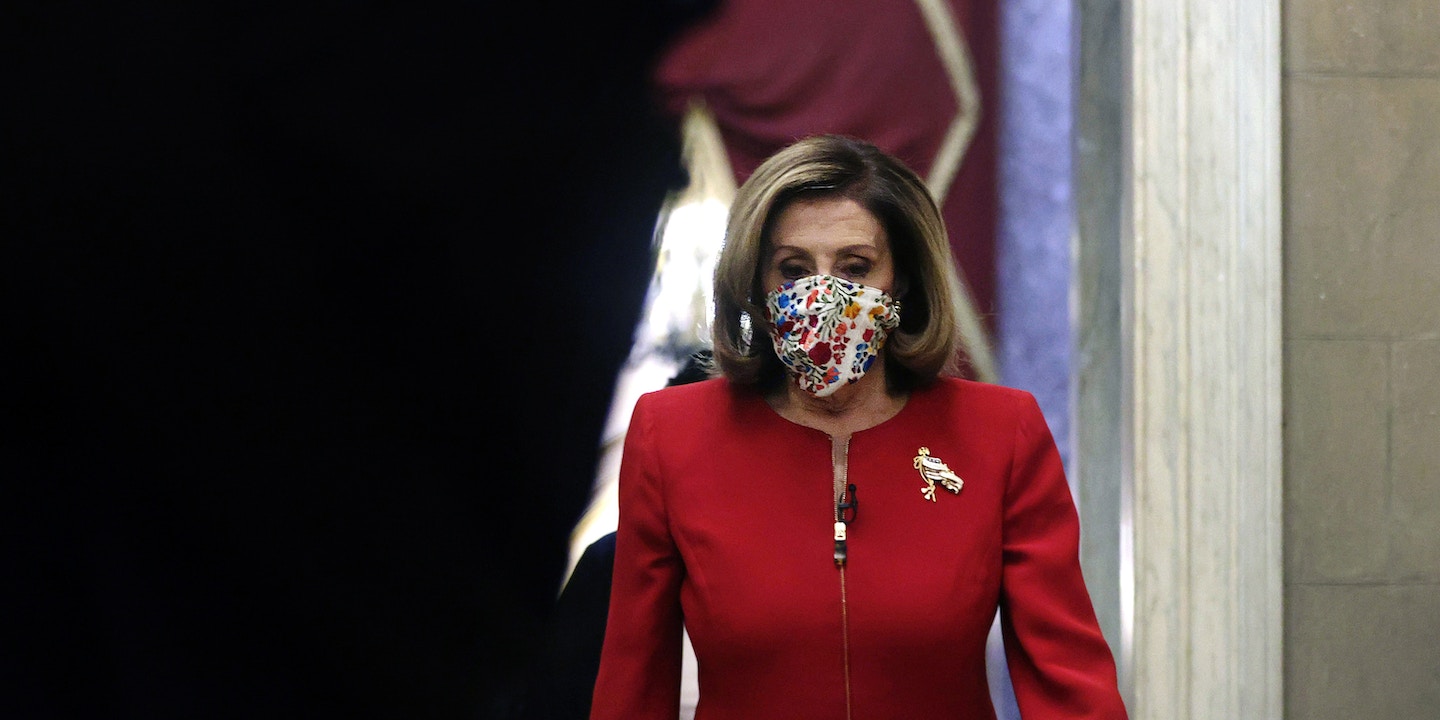 A slew of rank-and-file Democrats made headlines over the weekend calling for the investigation and possible expulsion of fellow members of Congress who backed President Donald Trump’s efforts to overturn the 2020 presidential election. But few took note as House Speaker Nancy Pelosi quietly seemed to bless those efforts in a letter to Hill Democrats.

Pelosi didn’t explicitly mention the possibility of expelling members, but she did thank Democrats for expressing their views on the constitutional amendment that would make it possible. Democrats have sought to punish fellow members of Congress who are found to have supported the Trump efforts that led to the January 6 insurrection at the Capitol.

In a Sunday letter on measures being taken in the House in response to the riots, Pelosi mentioned Democrats’ efforts to remove members using the 14th Amendment. “Your views on the 25th Amendment, 14th Amendment Section 3 and impeachment are valued as we continue,” she wrote to her colleagues.

Section 3 of the 14th Amendment, which was ratified after the Civil War, reads:

No person shall be a Senator or Representative in Congress, or elector of President and Vice President, or hold any office, civil or military, under the United States, or under any State, who, having previously taken an oath, as a member of Congress, or as an officer of the United States, or as a member of any State legislature, or as an executive or judicial officer of any State, to support the Constitution of the United States, shall have engaged in insurrection or rebellion against the same, or given aid or comfort to the enemies thereof. But Congress may by a vote of two-thirds of each House, remove such disability.

Missouri Rep. Cori Bush, a progressive Democratic first-term lawmaker representing St. Louis, is one of the leading voices calling for the investigation and possible expulsion of Republican lawmakers who boosted Trump’s lies about election fraud. The spreading of conspiracy theories culminated in an attack on the Capitol last week that left five people dead. In response, as The Intercept reported, Bush introduced a resolution, her first in Congress, to have the House Ethics Committee investigate members like Rep. Mo Brooks, R-Ala., and issue a report on whether they violated their oaths of office.

“They have violated the 14th Amendment,” Bush tweeted. “We can’t have unity without accountability.”

Democratic New York Rep. Alexandria Ocasio-Cortez also suggested on Sunday that House Democrats are considering invoking the 14th Amendment to deal with the GOP lawmakers who backed Trump’s efforts to overturn the election. “This is not either the 25th Amendment, or impeachment,” Ocasio-Cortez said on ABC’s “This Week.” “We are looking towards multiple avenues, and I do not believe that those avenues are mutually exclusive.”