After Pelosi Threatens Impeachment Unless Trump Resigns, Biden Says He Supports “What the Congress Decides” 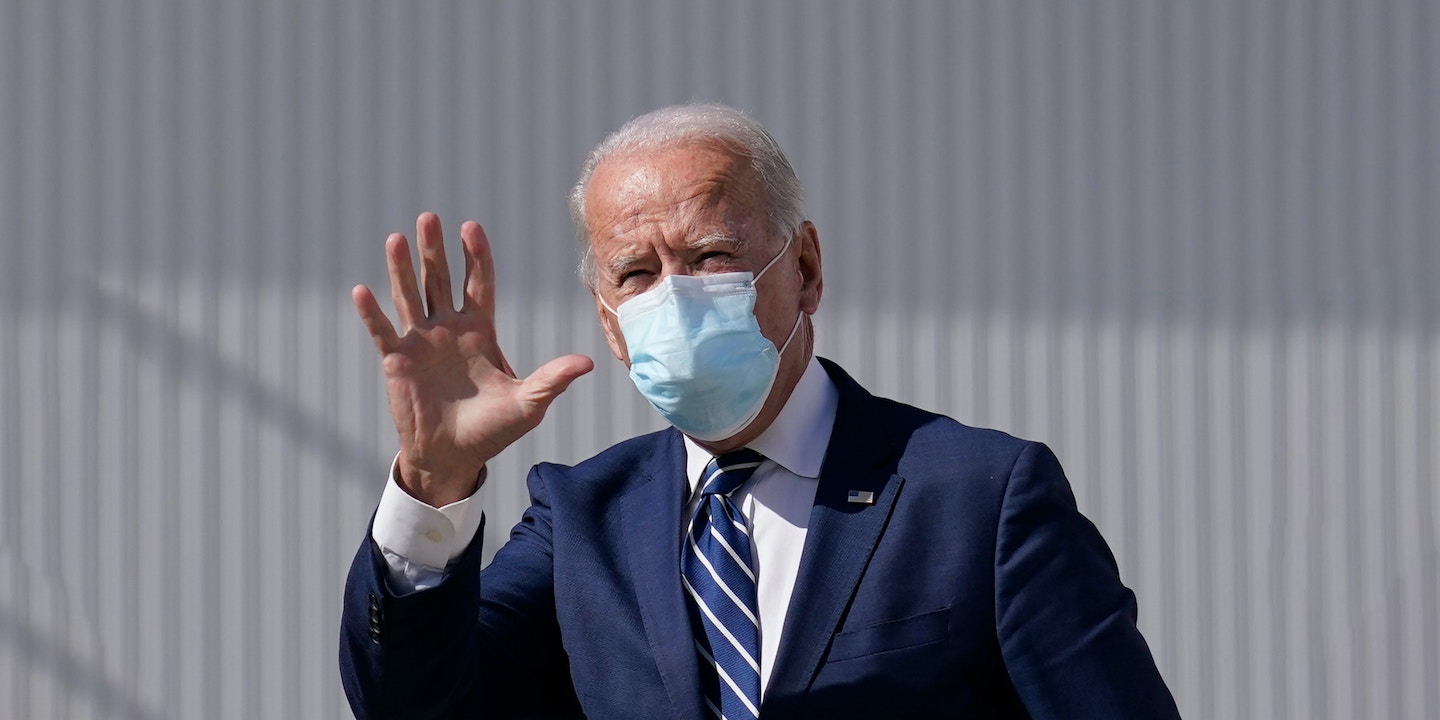 Joe Biden has told people close to him that he supports impeaching President Donald Trump, Rep. Cedric Richmond, D-La., has told members of Congress, according to congressional sources with knowledge of those conversations. Richmond is a senior adviser to Biden and was co-chair of the president-elect’s campaign. He plans to resign later this month from Congress to join the new administration.

House Speaker Nancy Pelosi, D-Calif., said Friday the House would move to impeach the president if he did not “immediately” resign. “Today, following the president’s dangerous and seditious acts, Republicans in Congress need to follow that example and call on Trump to depart his office — immediately,” she wrote in a letter to her colleagues. “If the president does not leave office imminently and willingly, the Congress will proceed with our action.” CNN reported that Democrats will introduce an article of impeachment for “incitement of insurrection” on Monday.

Biden was asked after Pelosi’s announcement whether he supports Trump’s impeachment at a press conference Friday afternoon. “I’ve thought for a long, long time that President Trump wasn’t fit to hold the job. That’s why I ran,” he said. “What the Congress decides to do is for them to decide.” Asked for comment on Richmond’s conversations, a Biden spokesperson referred The Intercept to Biden’s public comment deferring to Congress.

Members of Congress, said Jennifer Stewart, a lobbyist and former congressional staffer who is close with Richmond, are misrepresenting what Richmond has been saying. “Cedric is addressing impeachment as a Member of Congress representing his district only,” she said. “Cedric has not made a comment about Biden’s position and he has not had one conversation with Biden about impeachment.” A request for comment left with Richmond’s office was not returned.

The 25th Amendment, which would see Trump removed by his Cabinet with a two-thirds vote in Congress, would continue to be pursued, Pelosi told members on a caucus call on Friday. With Trump’s Cabinet swiftly resigning, however, and Vice President Mike Pence opposed, that possibility is looking remote.

Democrats on the caucus call also expressed reservations about a quick impeachment, with Rep. Kurt Schrader, D-Ore., co-chair of the conservative Blue Dog Coalition, sharing the strongest objections and likening the rush to judgment to a “lynching,” according to members of Congress on the call. The comment earned a stinging rebuke from Rep. Maxine Waters, D-Calif.

Senate Minority Leader Chuck Schumer, who will soon become majority leader, has also voiced support for impeachment. Given that Georgia’s newly elected senators have yet to be seated, Democrats would need at least 19 Republican votes to join all 48 Democrats to reach the two-thirds needed for removal. A president who is impeached and convicted can also be permanently barred from holding future office, according to the Constitution.

House Minority Leader Kevin McCarthy, R-Calif., said he reached out to Biden to ask to talk about impeachment, urging him not to push forward in an effort to cool tensions and unify the country. In November, McCarthy insisted without evidence that Trump had in fact won the election and urged supporters not to “back down from this battle.” After order was restored in the Capitol, Congress reconvened to certify the Electoral College votes, with McCarthy voting to object. McCarthy is now calling for the prosecution of those who took over the Capitol.

Here is House Republican Leader Kevin McCarthy in the days after the election, falsely insisting on Fox News that Trump won and telling his supporters not to "back down from this battle.” https://t.co/RXaJcUmySw https://t.co/YRMkbGbEOR pic.twitter.com/ICeJLax19h

On Wednesday morning, Trump rallied with supporters in Washington, D.C., urging them not to accept the results of what he said was an illegitimate election. The crowd marched on the Capitol and stormed it, leaving at least five, including one police officer, dead. Trump initially refused to call in the National Guard, sticking by his claims that the election was stolen as the Capitol was ransacked and members of Congress huddled in safe rooms and in locked offices. The Guard was later authorized by the Department of Defense and Vice President Mike Pence.

When order was finally restored, House and Senate Republicans leading the charge against the transfer of power continued to object to the ceremonial counting of the Electoral College votes, despite the Constitution offering them no such opportunity. On Thursday, Trump released a video on Twitter appearing to concede the election and committing to a peaceful transfer of power.

While many of the Democrats leading calls to impeach are progressives like Reps. Ilhan Omar and Alexandria Ocasio-Cortez, there is broader support for impeachment within the caucus than in 2019, including from moderates and swing district Democrats. More than 110 Democrats have co-sponsored the impeachment resolution that’s being drafted. House Democrats and staffers have been furious over the attack and the lack of guidance in its aftermath. As of Thursday evening, members of Congress had not received any sort of security briefing and had little communication with Democratic leadership overall.

Pennsylvania Rep. Madeleine Dean told The Intercept on Thursday she expected leadership to respond to requests to reconvene within the coming hours or days. “I’m encouraging our leaders to bring us back into an immediate session as soon as possible,” Dean said. “I want to remain here and do work. So I’m hoping if it’s not the end of this week, it is first thing next week that we’re called back to consider what we should do to deal with a president that is unhinged and very dangerous.”