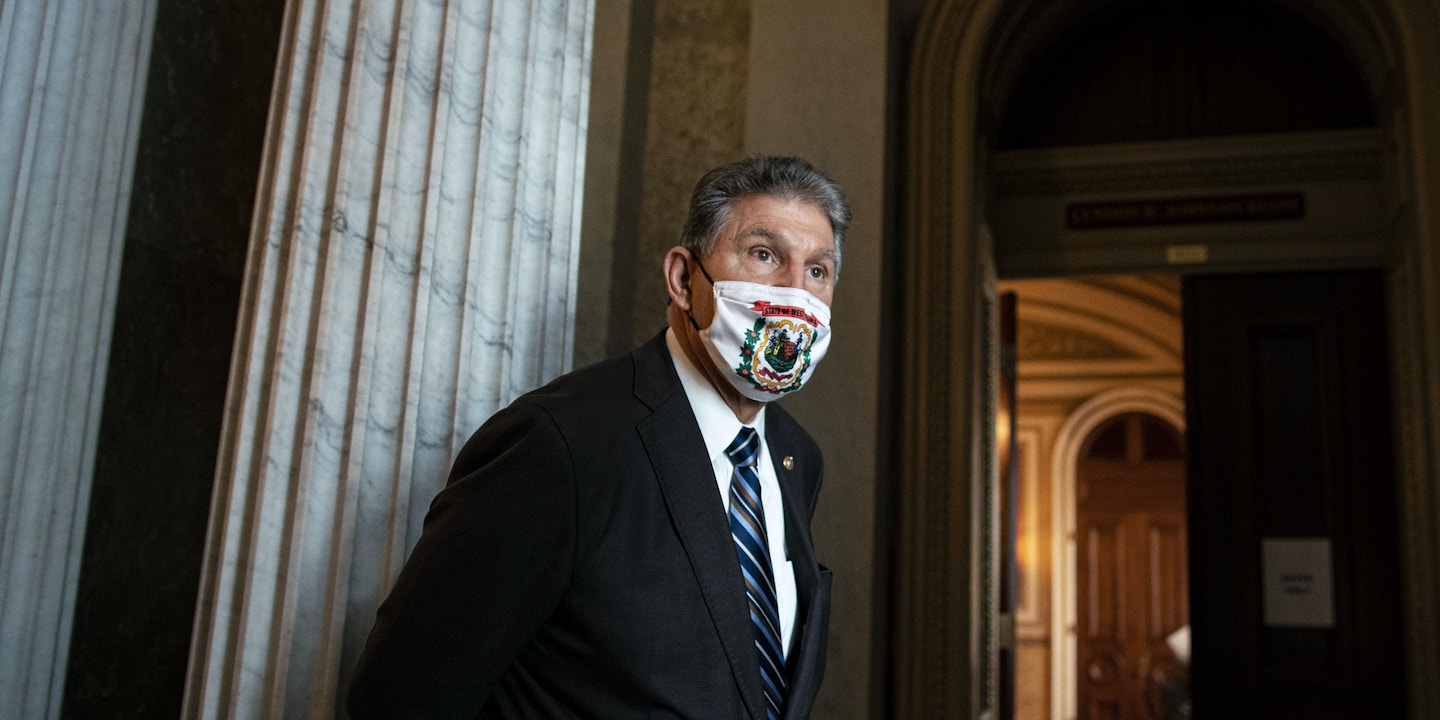 Earlier this month, West Virginia Sen. Joe Manchin, one of the most conservative Democrats in Congress, appeared to have taken an unequivocal stance against new $2,000 stimulus checks. He told the Washington Post that he was “absolutely” opposed to a new round of payments, which President Joe Biden promised while campaigning for Raphael Warnock and Jon Ossoff in Georgia. “Absolutely not. No,” Manchin said. “Getting people vaccinated, that’s job No. 1.”

Under fire, he claimed that he meant that there were higher priorities, not that he was necessarily opposed. But he sounded quite down on them. “I don’t ever remember FDR recommending sending a damn penny to a human being. We gave ’em a job and gave ’em a paycheck. Yeah. Jesus criminy, can’t we start some infrastructure program to help people, get ’em back on their feet? Do we have to keep sending checks out?” Manchin told the Post.

Despite representing one of the poorest states in the nation, Manchin has resisted calls for direct payments, needlessly pitting stimulus checks against unemployment benefits. Last month, he reportedly fought Sen. Bernie Sanders’s attempt to include robust stimulus checks in pandemic relief negotiations.

“How is the money that we invest now going to help us best to get jobs back and get people employed? And I can’t tell you that sending another check out is gonna do that to a person that’s already got a check,” he said.

Since then, Manchin has shifted rather markedly. Over the weekend, Manchin went on “Inside West Virginia Politics,” saying he would prefer that the checks are targeted to the people most impacted by the pandemic, but if there’s no way to target them, it’s more important to “get more money out.” Though he insisted infrastructure should be the priority, committing to spending as much as $4 trillion over 10 years, he did say that he would like to see bigger stimulus checks “done immediately to take care of the people that need help” and “make sure those people are getting it.”

Important policy news this weekend: @Sen_JoeManchin went on Inside West Virginia Politics and kept the door open to higher stimulus checks up to $2,000 (he prefers they be targeted but didn't draw a red line) and called for spending as much as $4 trillion (!) on infrastructure. pic.twitter.com/yG0aBBcxve

It may be no coincidence that not long after Manchin’s initial comments to the Washington Post, he was getting pounded at home by a brutal radio ad. “Joe Manchin thinks he knows better than both our president and the Democrats,” says the ad. “I guess Joe just don’t know what it’s been like to live through the pandemic. We should call his office and let him know.”

The spot was narrated by Corbin Trent, the former spokesperson for New York Rep. Alexandria Ocasio-Cortez. Trent, Justice Democrats co-founder Zack Exley, and former Ocasio-Cortez chief of staff Saikat Chakrabarti had put together a new political action committee — the No Excuses PAC — to pressure Manchin to back the $2,000 checks. The ad reached an estimated quarter million people each time it aired, according to Trent. It was precisely the kind of targeted ad that White House chief of staff Rahm Emanuel in 2009 told progressive groups was “fucking retarded” and needed to come off the air. The progressive groups complied.

Now, with an evenly divided Senate, Democrats like Manchin and Arizona Sen. Kyrsten Sinema are uniquely positioned to hold leverage over their party and block desperately needed relief. House Democrats also have little room for error in steering the nation out of a crisis, given their razor-thin margin. No Excuses PAC intends to push back against any Democratic lawmakers who try to hamper ambitious policy with similar rapid-response ad campaigns in the future, Trent told The Intercept.

“The only way we won’t do this is if Democrats just push through everything that needs to be done, keep all their promises, and do what’s right for the people who just gave them the House, the Senate, the White House,” Trent said. “But my guess is — not to be a jaded, cynical bastard — my guess is they’re going to need a little bit of encouragement, a little bit of cajoling from time to time.”