In Biden’s Nomination of Marty Walsh, Aaron Swartz Prosecutor Gets Her Final Comeuppance

Carmen Ortiz, a one-time rising star, went from “Bostonian of the Year” to the political wilderness. 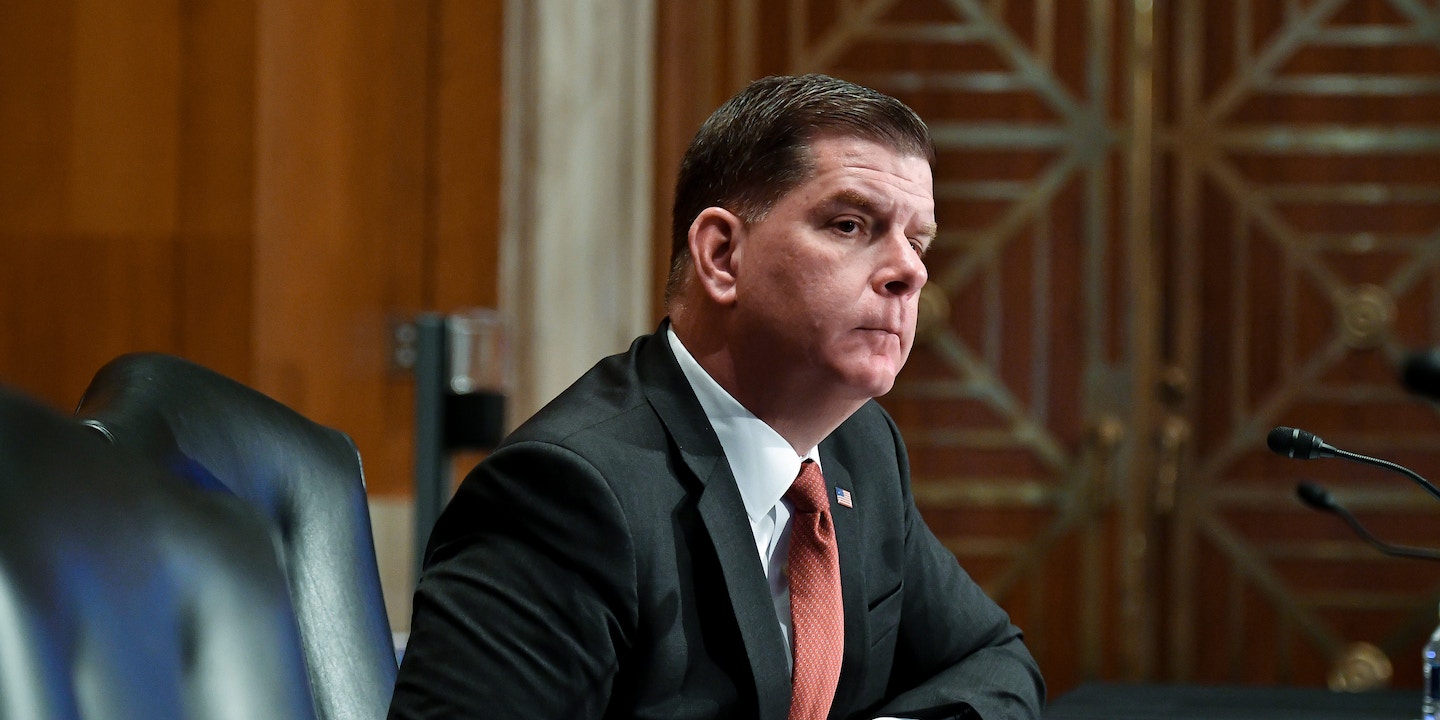 The last time Joe Biden was in the White House, Boston Mayor Marty Walsh seemed an unlikely nominee for a future labor secretary. Carmen Ortiz, President Barack Obama’s U.S. attorney for the District of Massachusetts, had Walsh in her crosshairs. One summer dawn in 2016 she sent FBI agents to arrest two of his staff under a federal racketeering indictment.

The Boston Globe, New England’s most powerful news outlet, known for its coverage of the Roman Catholic Church child abuse scandals, laid siege to the mayor’s office over his labor practices and union ties. The Globe had named Ortiz its 2011 “Bostonian of the Year.” Its reporters dug their foxholes wherever she pointed, and the paper cheered on her prosecution of Walsh’s staffers.

When “Top Chef” had filmed in Boston two years earlier, Walsh visited on set with the show’s host Padma Lakshmi. Outside, the Teamsters picketed for union jobs. Ortiz indicted them, also for racketeering extortion. And in a city obsessed with haute cuisine, Ortiz leveraged star power: At trial, Lakshmi would take the stand for the prosecution.

In Boston, Ortiz was considered a rising star and was expected to run for mayor herself, a task made easier by softening Walsh up. Hey, this is Boston. If you want finesse, watch a Bruins game; if you want blood, watch a City Council race. She was regularly talked of as a top-tier statewide candidate. The only question was whether she was destined for attorney general, the Senate, the governor’s mansion, or beyond.

Fortunately for Walsh, by then Ortiz had lost strong allies and upset powerful enemies. U.S. Sen. Ted Kennedy, D-Mass., passed away after championing Ortiz for her U.S. attorney role. U.S. Attorney General Eric Holder, who toiled beside Ortiz in their early days at the Justice Department, had returned to the private sector, dogged by a high-profile Ortiz prosecution gone wrong.

A humbler U.S. attorney might’ve noticed the ground shifting beneath her and tempered her ambitions. Ortiz instead stubbornly brought on her own downfall. Under Biden, her loss would become Walsh’s gain.

Between Kennedy’s funeral and Holder’s exile, Ortiz and her then-chief of cybercrime, Stephen Heymann, indicted internet freedom activist Aaron Swartz on 14 felony counts for allegedly downloading too many academic journal articles. Swartz had used a simple script to download academic journal articles from the platform JSTOR, which provided its articles free to anyone on the MIT network. It’s not clear Swartz even violated the company’s terms of service; finding a crime anywhere in what he did took an awfully creative prosecutor.

An expert defense witness who never got to testify about MIT’s site license for JSTOR  for “unlimited” use of the JSTOR library containing the articles would have made the conviction that much more difficult. The articles themselves were produced at taxpayer expense but then paywalled to limit taxpayer access. Neither MIT, where Swartz registered his laptop for the downloads, nor JSTOR wanted to press charges. And Swartz was well known for his work on the RSS standard, helping seed RECAP (now CourtListener), as well as for the credits he’d earned as a co-founder of DemandProgress, Creative Commons, and Reddit.

Those facts seemed immaterial to Ortiz, who told the press after the July 2011 indictment: “Stealing is stealing,” she said, “whether you use a computer command or a crowbar, and whether you take documents, data or dollars.”

Swartz likely intended to republish the articles for free, and Ortiz made sure that would never happen. She and Heymann pushed for a maximum federal prison sentence of 35 years.

Looking to avoid a trial, Heymann compared Swartz to a rapist. By refusing to plead guilty, the line went, Swartz had “revictimized” MIT. Swartz fervently resisted, but Ortiz and Heymann had a trump card. Attorney Carmen Ortiz gives an interview to local media in Boston on Dec. 21, 2016.

The Honorable Nathaniel M. Gorton is well known to the Massachusetts Bar, whose members whisper he rarely meets an indictment he doesn’t like. He’s noted as a hanging judge; prosecutors go out of their way to get high-profile cases assigned to him. A legacy admission from the Gorton’s Seafood family to Dartmouth and then Columbia Law School, he was appointed to the bench by President George H.W. Bush after Bush campaigned beside his brother Sen. Slade Gorton.

After Swartz drew Gorton, his defense lawyers told Heymann the pressure of the case had rendered Swartz suicidal, his attorney later said he told prosecutors.

Within days of Swartz’s death, over 61,000 people digitally signed a White House petition to fire Ortiz — a singular distinction for a U.S. attorney. The Senate and House judiciary committees pilloried her.

Ortiz told the media that she and Heymann hadn’t known Swartz was on the brink of suicide and that if they had known, things might’ve been different. (Heymann’s knowledge only surfaced much later, along with his “Fine, we’ll lock him up” response.)

Ultimately Obama refused to sack Ortiz. She in turn refused to sack Heymann, though she did pick a new chief of cybercrime. Obama thus allowed Ortiz to save face, but she never recovered politically. Try as she might, it all went downhill for her from there, eventually culminating with Biden nominating Walsh for labor secretary.

Outside the Boston Globe and Ortiz’s few remaining allies, the racketeering charges against Walsh’s staff garnered Ortiz all the wrong attention.

Merriam-Webster defines a racketeer as “a person who obtains money by an illegal enterprise usually involving intimidation.”

But Ortiz never accused Walsh or his staff of pocketing anything for themselves, or for his campaign, or for his administration. The indictment instead alleged that Walsh’s staff required a producer to hire local union stagehands for an outdoor rock concert. That’s business as usual for many in the heavily unionized capital of America’s bluest state.

A much deadlier incident eight years before that hit closer to Boston. One hundred people perished in smoke and flames in nearby West Warwick, Rhode Island, when a nightclub named The Station burned to the ground; over 200 were injured. The blaze started when the manager of a rock band ignited indoor stage pyrotechnics.

Yet when Walsh’s office insisted on better-vetted stagehands, Ortiz tried to make a federal case out of it.

In July 2016, the Huffington Post headlined a hard-hitting feature about Ortiz with “This Federal Prosecutor Is Building a Career Indicting the Good Guys.” Therein a chorus of prominent members of Ortiz’s own party denounced her. Retired federal judge Nancy Gertner, for example, labeled Ortiz’s indictment of Walsh’s staff an “abuse of power.” Martha Coakley, the former Massachusetts attorney general, also publicly challenged Ortiz. “What is the focus of this?” she asked. “And not only what are you choosing to investigate and indict, but how are you handling that process in terms of your obligations as prosecutors — and fairness?”

For Ortiz, however, the worse had yet to come. The negative coverage eventually led her allies at the Boston Globe to muse in print, “Why is Carmen Ortiz Being Cast as a Revengeful Cruella de Vil?”

By December 2016, the U.S. Court of Appeals seemed to have had enough. During the lame-duck months of the Obama administration, the high court threw out what had been Ortiz’s signature case — the one, more than any other, that made her Bostonian of the Year; it was another thin case that turned the regular operation of government into a crime. Ortiz announced her resignation the next day, though there was no escaping the court’s tongue-lashing that she’d overstepped her bounds prosecuting government workers for conduct that wasn’t criminal. The ruling foreshadowed similar problems for her cases against the Teamsters and Walsh’s staff.

Those cases would continue for years after Ortiz left office. Ortiz, however, had more immediate concerns. She had to find a job outside government. The Senate was no longer in the cards.

At or near the top of Ortiz’s list was Harvard Kennedy School. Philip Heymann, Ortiz’s mentor and the father of her former cybercrime chief, was a longtime Harvard professor. And of course the school is named after the family of her late supporter, Theodore E. Kennedy. Harvard nonetheless rejected Ortiz.

It turns out Swartz was a Harvard research fellow at the time of his arrest. And Ortiz had indicted a close political ally of a key school administrator.

Thankfully for Ortiz, she had a safety school. Her first new gig outside government was as a visiting professor at the Boston College Law School. This too was curious because as U.S. attorney Ortiz had controversially raided a prized audio archive housed at Boston College containing candid interviews with Irish Republican Army members. In order to coax cooperation for the sake of history, the interviewees were promised the recordings would remain private as long as they were still alive. Shortly after Ortiz raided it, former militant Dolours Price, who had contributed an interview, was found dead from a drug cocktail.

After her semester at Boston College, Ortiz joined the small Boston firm Anderson & Kreiger LLP, where she had connections from her time in government. It wasn’t exactly the big-firm board seat or political campaign one might expect of a former U.S. attorney. The Boston Globe, ever supportive, billed it as a “coup” for the small firm. Perhaps, but Ortiz’s slide into political irrelevance had begun.

A while later, Padma Lakshmi failed to fully convince a Boston jury. All four Teamsters tried were acquitted.

U.S. District Judge Leo Sorokin at first threw out the separate case against Walsh’s staff. It required a trip to the U.S. Court of Appeals before it made it to trial. The second time around Sorokin deep-sixed it beyond any likely reinstatement. He ruled that the aides hadn’t received anything of benefit, so couldn’t be charged with anything.

Now Biden has driven the final nail into Ortiz’s political coffin by nominating Walsh for labor secretary despite Ortiz’s indictments — or perhaps to signal his loyalty to union organizers, he nominated Walsh because of her indictments. Either way, Ortiz is now the former prosecutor who is linked to the suicide of a once-in-a-generation talent and who fought Biden’s labor secretary nominee over his labor practices and lost. Not exactly where one wants to start a Democratic primary or confirmation hearing. 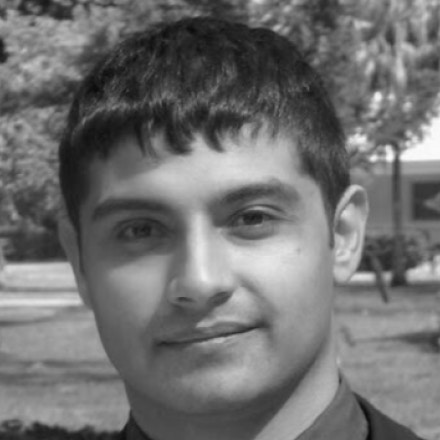