Biden’s “Cabinet of Firsts” Betrays a Cynical Approach to Diversity President-elect Joe Biden, right, listens to Rep. Marcia Fudge, D-Ohio, left, his choice to be housing and urban development secretary, during an event to announce several positions in the Biden administration at The Queen theater in Wilmington, Del., on Dec. 11, 2020.

President-elect Joe Biden has made diversity the watchword for the formation of his incoming administration. From his pick of Kamala Harris as his vice presidential candidate to his mission to assemble “a Cabinet of barrier-breakers, a Cabinet of firsts,” it’s evident that Biden’s emphasis on diversity is his opening bid to secure a historic presidential legacy before he’s even taken office.

On paper, this agenda is laudable. But in practice, Biden has at times demonstrated a thoughtless and vulgar attitude toward diversity, one that degrades its meaning and purpose — and illustrates how Democrats can use the language of multiculturalism without taking bold steps to help marginalized people.

Biden has at times demonstrated a thoughtless and vulgar attitude toward diversity, one that degrades its meaning and purpose.

The increasing salience of antiracist practices and optics in blue America is driving much of Biden’s attention to achieving historic levels of diversity among his personnel. Over the course of the Trump era, the Democratic Party’s commitment to inclusiveness of marginalized communities intensified in response to the emergence of mainstream white nationalist politics. After the murder of George Floyd and the resurgence of a new wave of Black Lives Matter protests this past summer, liberals and the left developed a more pronounced interest in thinking of institutional staffing and leadership as critical sites for elevating Black voices. And voters of color played a crucial — and conspicuous — role in Biden’s victory on Election Day.

Yet the president-elect’s actual execution of his promise to make history with diversity has ranged from questionable to cynical. Many of the most influential and prized positions in the White House, like chief of staff, have gone to the typical lot of white men that embody Democratic establishment thinking. In contrast, Biden has been haphazard in his job offerings to people of color. On multiple occasions, Biden offered Cabinet positions to women of color that plainly function as consolation prizes, after declining to give them jobs they’re interested in and qualified for.

While some of Biden’s personnel decisions deserve praise, and the process of nominating Cabinet secretaries is still ongoing, his understanding of diversity too often appears to be sterilized and gamified. Diverse appointments seem to be reduced to quotas and fodder for bragging rights, and in the process, policy that actually shapes marginalized communities is neglected. The result is a conflation of diversity with physical appearance, unmoored from the substantive reasons that diversity enriches the institutions embracing it.

Biden’s uneven attention to diversity can be seen in his choices for top White House staff. Key personnel like incoming chief of staff Ron Klain, deputy chief of staff Bruce Reed, counselor to the president Steve Ricchetti, and national security adviser Jake Sullivan are white men who have worked with Biden before. They are, broadly speaking, moderate and corporate-friendly Democrats with some conservative tendencies. (Other senior staff positions in the White House also skew notably white and male.)

It’s difficult to overstate how critical a president’s inner circle of advisers is. Historian Richard Norton Smith once observed that “every president reveals himself by the presidential portraits he hangs in the Roosevelt Room, and by the person he picks as his chief of staff.” A president’s top advisers play an indispensable role in shaping their worldview, determining who has access to them, and executing their political agenda. The senior staff will often literally be in the room to counsel a president as they make many of the defining decisions of their presidency. A true diversity fanatic would consider this set of personnel a key opportunity to use diverse backgrounds to guard against groupthink and to grapple with the rapidly shifting contours of American politics as the neoliberal consensus crumbles. Biden has largely elected not to do so.

Biden’s handling of his Cabinet selection has also raised red flags. Marcia Fudge, a prominent Black member of Congress from Ohio, was openly angling to head the Department of Agriculture. Fudge’s congressional career has placed a great deal of focus on agriculture and SNAP benefits, or food stamps, which are a primary responsibility of the Agriculture Department. Biden, though, gave the agriculture secretary job to Tom Vilsack: a white man who held the exact position throughout the Obama administration and has since become a lobbyist for corporate agricultural interests loathed by many American farmers. Fudge was then offered the position of secretary for the Department of Housing and Urban Development, a gig which, as Vanessa A. Bee put it for The Intercept, has long been seen as the “short straw” of Cabinet positions — and one which Fudge has no particular qualifications for. Indeed, Fudge explicitly said in November that she believed Black leaders were pigeonholed into HUD.

Moreover, the pick also gives the short shrift to HUD itself, an agency that provides housing assistance vital to the welfare of many communities of color and would benefit from an expert executive who can hit the ground running on day one.

A similar ill-fitting, consolation-prize dynamic arose, David Dayen pointed out in The American Prospect, when Michelle Lujan Grisham, the Latina governor of New Mexico, was offered a position she had no interest in: interior secretary. The Biden team wanted to give her something instead of her desired post of secretary of health and human services, a position her previous role as secretary of health for New Mexico gave her experience for. Grisham turned the Interior job down.

The drama around the Interior Department pick did not end there, though. Biden’s team gave anonymous quotes to the media to try to swat down the popular candidacy of Rep. Deb Haaland, a Native American progressive and a well-rounded pick for the job. Haaland was enthusiastically supported by dozens of tribal leaders and organizations representing Indian Country, and received vocal support from many Democrats and even some Republicans in Congress. Biden’s team, though, seemed to favor another Native American candidate — Michael Connor, a former Interior official who then went on to represent mining interests and did not appear to garner support from the Native communities he’d be engaging with on the job or generate much excitement in Congress. Biden eventually decided to concede to the enthusiasm surrounding Haaland and picked her — and deserves credit for it — but in the absence of popular pressure, it seems unlikely that it would’ve happened, especially if the Cabinet position was a higher-profile one.

Then there was Biden’s decision to assign Susan Rice, one of the most prominent foreign policy figures of the Obama era, to run the White House’s Domestic Policy Council, appearing to be another example of the incoming administration trying to awkwardly shoehorn women of color into ill-fitting jobs. Domestic policy is not only outside of Rice’s wheelhouse, but also a position where many other individuals of color or women could have taken the reins more naturally. Why would a national security vet be the best option for coordinating policy on racial injustice, immigration, health care, and combating the coronavirus pandemic? Biden chose to value some combination of personal connections and stocking up on nonwhite and nonmale personnel — where they can be squeezed in — over meaningful diversity.

The takeaway here isn’t that any specific individual deserves a specific job; the reality is that there are nearly always a number of viable candidates across different demographic backgrounds who are qualified for leadership positions. It’s that jamming people of color into positions they don’t care for and perhaps don’t have appropriate experience for is both policy malpractice and poor optics. It debases the jobs and makes diversity look like a crude tally of nonwhite faces. If you really believe in the payoffs of diversity — the organizational and policy benefits to be reaped from embracing variation in experience, social power, community background, information networks, career path, ideology, and more in staffing — then you would seek to set people up to succeed with your nominations.

Jamming people of color into positions they don’t care for and perhaps don’t have appropriate experience is both policy malpractice and poor optics.

Biden’s maneuvering should be seen as a symptom of a broader malady afflicting liberal political culture. Major newspapers have created incentives for crude face-counting with white-guy quotas and shamefully vacuous reporting on nominations as newsworthy based purely on identity.

A crucial part of this ecosystem is congressional caucuses and advocacy groups that reductively insist a specific position must be filled by someone of their preferred marginalized community, and then decline to couple those demands with any kind of policy commitment or meaningful program. An example of how this produces a rather backwards worldview can be seen in the way Politico reported on Biden’s pick for secretary of defense as purely a matter of choosing between a Black man or a woman, while neglecting to discuss their actual track records or provide insights into how they would govern their department.

These trends in our political culture have a way of distracting us from discussion of ideology entirely — and it is advantageous for a figure like Biden, who would rather keep the spotlight on quotas than reckon with the widening ideological rift between moderates and progressives in the Democratic Party.

A true commitment to diversity that would fulfill Biden’s oft-stated commitment to fostering unity might have pursued a Lincoln-esque team of rivals: the assembly of a Cabinet that deliberately leaned into the ideological wars defining the party. Instead, skirmishes over candidates’ identities have helped distract from the fact that Biden’s Cabinet, with a handful of exceptions, has so far been fairly moderate and not to the liking of left-wing leaders. Nowhere was the power of substituting identity for ideology more evident than Biden’s vice presidential pick: After a summer of protests, Biden addressed concerns about racism in the American criminal justice system by choosing a Black former prosecutor with a particularly harsh record.

It is both virtuous and valuable to enthusiastically embrace diversity in government leadership. As a matter of principle, having an administration that demographically mirrors the population is a positive symbol of commitment to multiracial democracy. And diversity of backgrounds enhances a government’s ability to understand its citizenry, contemplate complex challenges, and adopt a pluralist attitude toward addressing its problems.

When diversity is treated as an expedient tactic in a game or a weapon of distraction, its purpose is unraveled. 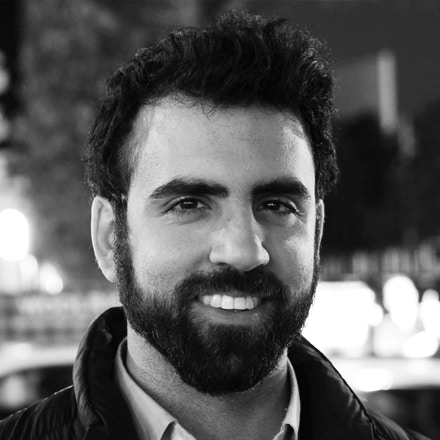