On Tuesday, after some public tokenizing and horse trading, President-elect Joe Biden’s transition team crowned dairy industry lobbyist and former Agriculture Secretary Tom Vilsack to lead the Department of Agriculture. Vilsack won out over House Majority Whip Jim Clyburn’s pick, Rep. Marcia Fudge, who was also backed by progressives. Whereas Fudge represented an opportunity to unite the USDA’s rural and urban constituents and address the agency’s long history of racial discrimination, Vilsack is a rerun of pro-corporate policies that continue to drive rural communities away from the Democratic Party. 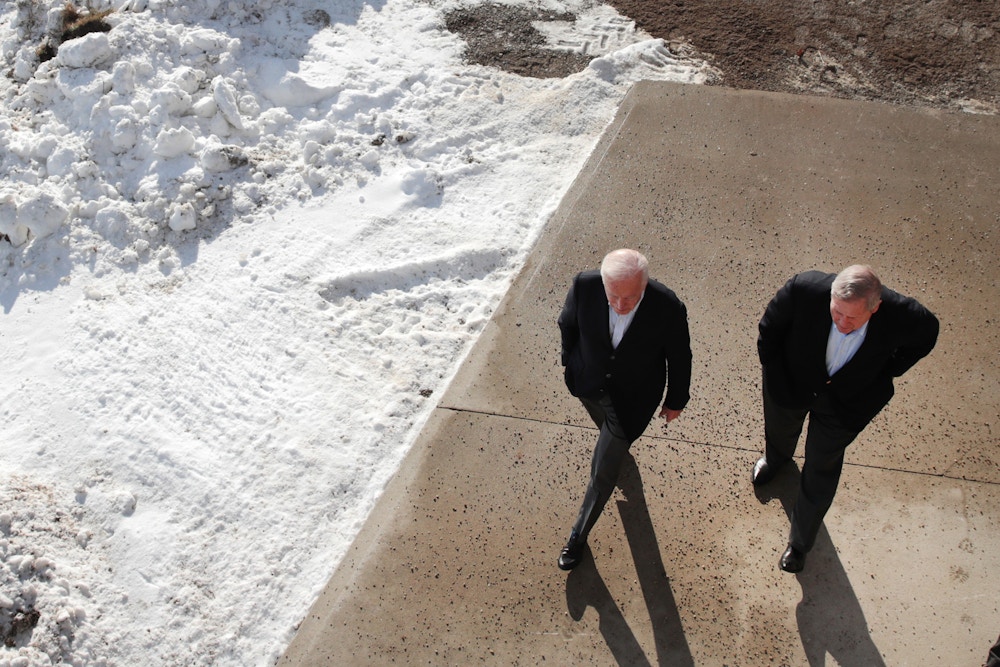 The secretary of agriculture is an underrated and important Cabinet member whose work intersects with climate change, workers’ safety, racial justice, antitrust, rural development, and of course, feeding the country.

The Covid-19 pandemic put America’s fragile and destructive food system on display. Massive plant closures threatened the food supply, front-line food workers fell sick and died in large (and growing) numbers, and nearly 1 in 4 households experienced food insecurity. The next agriculture secretary has an unprecedented moment to enact much needed systemic changes in how we grow and distribute food.

If Vilsack repeats his Obama-era strategy, we won’t see that progress. This is because Vilsack doesn’t actually speak to the totality and needs of rural people. In his work at the Department of Agriculture and as a dairy lobbyist, Vilsack represents the powerful few of Big Ag.

As agriculture secretary, Vilsack let down independent family farmers when he failed to take on agribusiness domination. Food production is concentrated in the hands of a shrinking number of giant multinational corporations who hold immense power over farmers, workers, consumers, and policymakers. As a candidate, Barack Obama promised to take on Big Ag during the 2008 Iowa caucuses and reiterated the goal at the start of his presidency. Starting in 2010, Vilsack’s USDA along with the Department of Justice held a series of hearings across the country where farmers shared stories of abuse and anti-competitive conduct by dominant meatpackers, such as Tyson or Smithfield, and seed and chemical goliaths, such as Monsanto.

As a dairy lobbyist, Vilsack represents the powerful few of Big Ag.

This listening tour culminated in promising new rules to reinvigorate and update the 1921 Packers and Stockyards Act, a Progressive Era anti-monopoly law that established fair codes of conduct in the livestock industry. Vilsack had complete authority to finalize these rules, but in the face of industry and congressional pressure, he decided to expand their comment period from the usual 60 days to 150 days, which pushed any finalization past the 2010 midterms. At that point, Republicans took the House in a tea party insurgency and proceeded to pass funding riders that blocked the Department of Agriculture from passing the rule. Hillary Clinton speaks with Agriculture Secretary Tom Vilsack, emphasizing investment in small towns to help strengthen rural America as part of a plan released after Vilsack endorsed her during an organizing event in Baldwin, Iowa, on Aug. 26, 2015.

Vilsack eventually introduced watered-down regulations of meatpacker mistreatment in his very last days in office, but at this point many farmers who spoke out at risk of retaliation had lost faith. The Trump administration promptly blocked and withdrew these modest reforms, and even dissolved the independent office that enforced the Packers and Stockyards Act.

Vilsack’s USDA also put meatpacker profits over worker and food safety by implementing a new poultry inspection system that, among other changes, opened a door for plants to run at faster speeds and transferred some inspection duties from USDA staff to meatpacking employees. While the department contended this new system would improve food safety, a report by the Government Accountability Office questioned the data behind their claims. In a public comment on the rules, one concerned USDA consumer safety inspector wrote, “If this proposal goes through and inspectors are cut, I would not feel safe enough to feed [poultry] to my family.”

This proposal also threatened to lift maximum poultry processing speeds from 140 birds per minute to 175. Numerous studies show that faster line speeds increase meatpacking workers’ risk of injury, and labor advocates successfully fought to keep speeds down — or so it seemed. Select plants kept loopholes to operate at faster speeds which the Trump administration later expanded. Trump’s USDA has granted waivers for poultry and beef plants to operate at faster speeds even during the pandemic. Meatpackers need to slow line speeds to reconfigure plants and allow for distancing, as recommended by the Centers for Disease Control and Prevention, between front-line processing workers, but few have budged.

Slaughter deregulation is just one example of the ways the Department of Agriculture’s policies intersect with broader issues of worker safety and racial inequity, as the majority of meatpacking workers are immigrants and people of color. Historically, the USDA has driven racial wealth disparities by systemically denying Black farmers loans or access to other farm supports. These actions contributed to a 98 percent decrease in the number of Black farmers from 1920 to 1997, as well as mass land dispossession that affected 98 percent of Black agricultural landowners.

While Vilsack has touted his civil rights record at the department, an investigation by The Counter found Vilsack’s USDA promoted misleading and inaccurate claims about an increase in Black farmers and a record low in civil rights complaints. Racial lending disparities also persisted under Vilsack’s tenure and Vilsack personally failed to prioritize civil rights, according to accounts from USDA employees. In one case, a longtime civil servant and Black farmer, Lloyd Wright, asked Vilsack to rally Senate support for a bill that would have extended the statute of limitations on several valid USDA civil rights complaints that had expired during the Bush years. Vilsack allegedly did nothing, and the bill died in the Senate despite passing the House. “I’m convinced he was never committed,” Wright said of Vilsack.

The USDA eventually foreclosed on some Black farmers with cases still under review. In fact, between 2006 and 2016, the USDA was six times more likely to foreclose on a Black farmer than a white farmer. To top it all off, Vilsack ousted Georgia’s USDA rural development director and civil rights leader, Shirley Sherrod, based on false claims circulated by right-wing platform Breitbart. Civil rights leaders recently told Biden that Vilsack’s association with this incident could jeopardize Democrats’ prospects in the Georgia’s Senate runoff elections next month.

Another critical issue of justice the USDA must address during the Biden administration is climate change. Biden has signaled that he wants to make agriculture a key part of his climate policy and floated ideas such as a carbon market to pay farmers for sequestering carbon (a solution industry has started to line up behind and some scientists have started to doubt). Here, too, environmentalists fear Vilsack will favor technical corporate-friendly tweaks to fundamentally flawed systems. 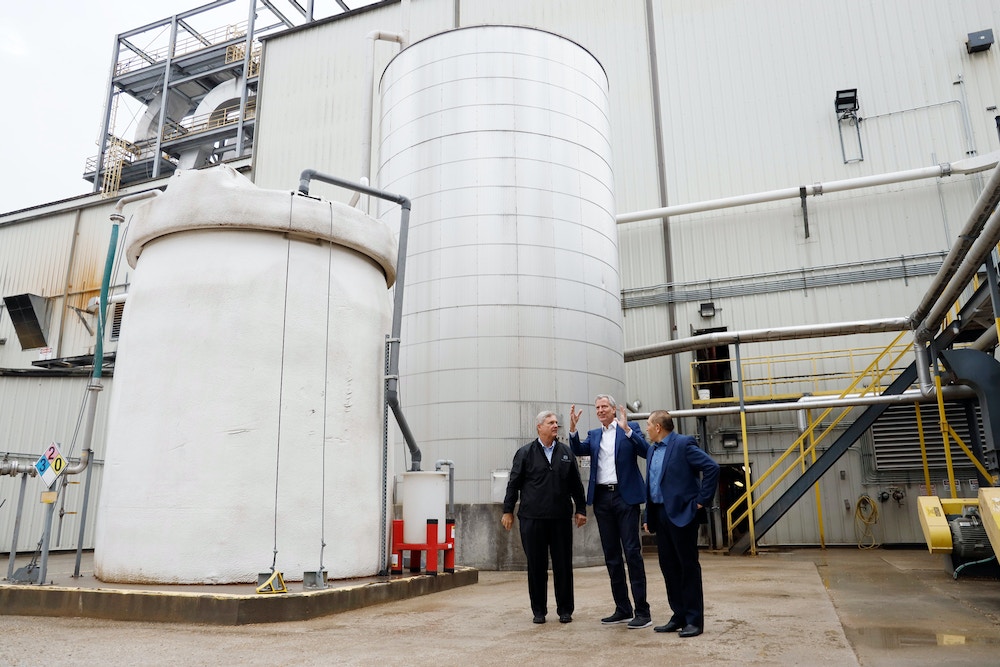 Vilsack, along with most of the Democratic establishment, strongly supports ethanol as a renewable biofuel and a market for excess commodity corn. Some 30 million acres of U.S. corn will turn into ethanol this year. But many environmentalists now believe the pollution, chemical use, and soil degradation associated with growing more corn outweighs any benefits of replacing oil with ethanol. Tom Philpott’s book “Perilous Bounty” documents how the persistent overproduction of monoculture corn and soybeans will eventually ruin America’s farmland, especially in Vilsack’s home state of Iowa. However, agribusinesses profit off artificially cheap corn and soy in the form of animal feed or derivatives like high fructose corn syrup, and they lobby hard for federal subsidies and policies that keep overproduction in place.

Vilsack himself lobbied for such policies in the dairy industry, promoting exports as a way to deal with the persistent milk surplus that has collapsed milk prices below the cost of production and pushed small dairy farmers to get big or get out. Shifting milk production to a handful of massive industrial farms may benefit milk processors, who profit off lower milk prices, but just as in consolidated livestock production, these growing factory farms are an environmental disaster.

Vilsack is a solidly establishment choice, which tells you everything you need to know about the Democratic establishment. The former Iowa governor went on to become Obama’s longest-serving Cabinet member. Only a few weeks after leaving the USDA in 2017, he became president and CEO of the U.S. Dairy Export Council, a dairy industry trade group; he made nearly $1 million a year from Dairy Management Inc., the council’s parent organization. He is also a longtime supporter of Biden; Vilsack endorsed Biden’s first campaign for president in 1988 and advised Biden’s 2020 campaign on rural policy.

Many in the Democratic establishment routinely look to Vilsack for advice on how to win back rural voters. But in all the time that Vilsack oversaw America’s central rural development agency and guided party strategy in the wake of the 2016 election, Democrats only lost ground with rural voters. This year, the result for Biden in Iowa was as good as it was for small farmers under Vilsack’s regime: He finished an embarrassing fourth in the Iowa caucuses and then was beaten badly by Donald Trump in the general election there — an election that additionally saw Democrats lose a key Senate race in Iowa. Freshman Democratic Rep. Abby Finkenauer was also ousted, as the party’s rural erosion progressed.

One poll found more than 88 percent of young people and 82 percent of independent voters in rural areas support “a moratorium on factory farms and corporate monopolies in food and agriculture.” But Vilsack would rather mitigate some of the worst environmental hazards of factory farms than invest in a safer model of meat and dairy production.

As secretary, Vilsack unveiled a plan to reduce 25 percent of U.S. dairy emissions by promoting anaerobic digesters. These machines capture methane and other greenhouse gas emission emitted by livestock manure lagoons, a growing source of agricultural pollution as industrial animal farms drive out small ones. Opponents argue this imperfect technology is an expensive workaround to accommodate a dirty industry, rather than meaningfully regulate it.

Rural communities, the Democratic Party, and our planet cannot afford another four years of the corporatist agriculture status quo. Vilsack had eight years and numerous opportunities to right historic wrongs within the USDA and put protecting farmers, workers, and the environment ahead of agribusiness profiteering, but he chose not to. Knowing this, constituents do not need to “wait and see” if Vilsack will deliver on big promises; they will need to push the agency hard from day one. During the pandemic, there have been some fledgling bright spots of farmer-labor solidarity against corporate power, and these alliances need to expand and incorporate rural communities harmed by industrial agriculture, environmentalists, and, frankly, everyone who eats.