Workers are now waiting to see how, and if, Amazon will agree to settle the claims. 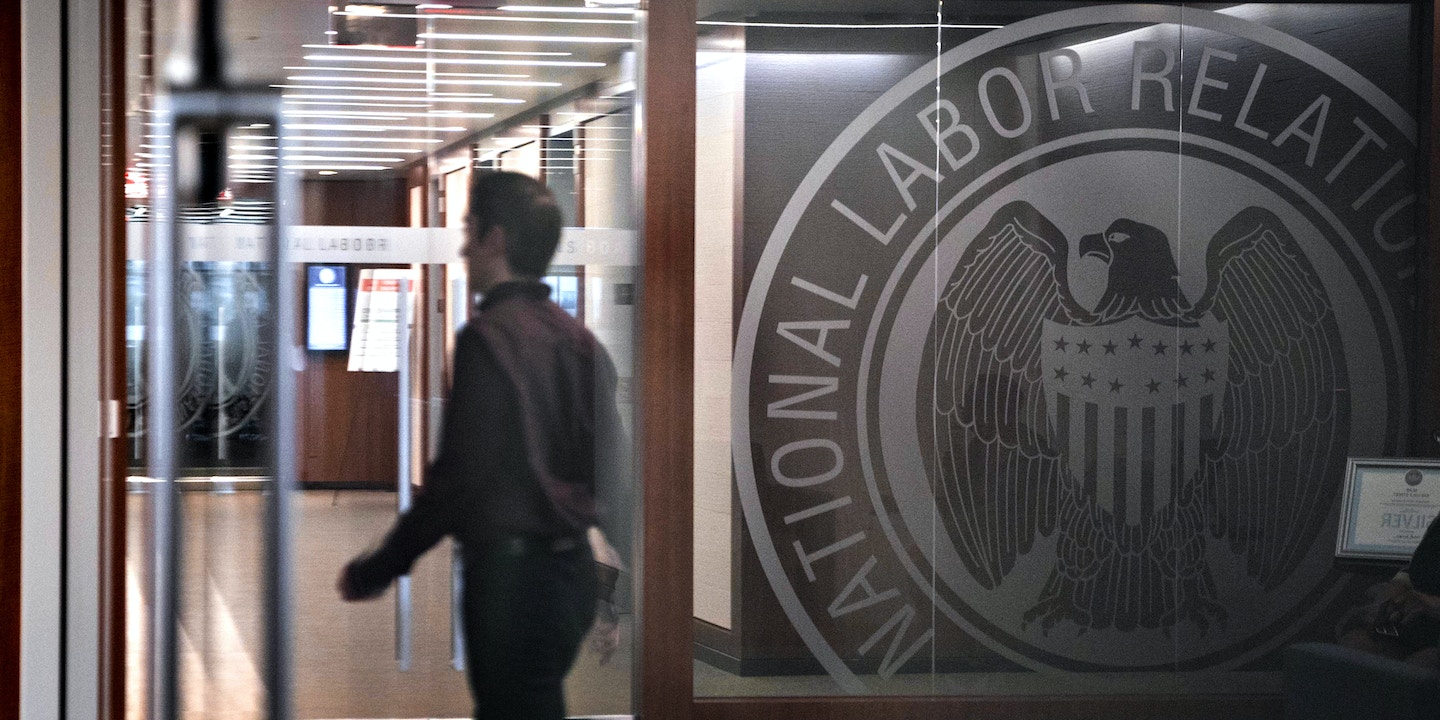 In April 2020, as the world was coming to terms with the new coronavirus pandemic, workers at an Amazon sorting facility in Chicago launched a series of safety strikes to demand Covid-19 protections for all staff. It was one of several organized protests by Amazon workers nationwide, and the actions in Chicago, at the DCH1 delivery station in Pilsen on the south side of the city, came after management announced in late March that a worker had tested positive for the virus.

“We decided to take a stand,” said Shantrece Johnson, a worker who was involved. “Most of us, we don’t mind working, but we’re in the middle of a pandemic, and we had the potential to bring this [virus] home.” Johnson ultimately contracted Covid-19 in mid-April, before Amazon agreed to provide personal protective equipment to workers at the warehouse.

Roughly 70 to 80 workers participated in the four safety strikes. Among other things, the Chicago workers demanded that their warehouse be shut down for two weeks and cleaned; that Amazon cover the costs of any medical bills for workers who get sick on the job; that the warehouse pause processing nonessential items; and that management provide immediate transparency if and when anyone else got infected.

Following the strikes, DCH1 Amazon workers said they faced retaliation in the form of intimidation and disciplinary write-ups. Johnson herself was written up, she said, for ostensibly not obeying social distancing. The workers banded together and filed a charge with their regional National Labor Relations Board office. Their charge, known as an unfair labor practice, or ULP, included five allegations of National Labor Relations Act violations. The workers accused their site lead, Domonic Wilkerson, of unlawfully disciplining them for protected activities, unlawfully interrogating them, unlawfully engaging in surveillance, unlawfully breaking up their gatherings, and maintaining an “overly broad rule” that precluded gatherings on Amazon’s property outside their normal shifts.

In text messages reviewed by The Intercept, the NLRB regional agent assigned to the case informed the workers on February 24 that the federal agency had reached a decision and found merit to the workers’ claims. On March 10, the NLRB told the workers that “Amazon has stated its intent to settle” and that the agency was working with the company to clarify an agreement. (A settlement would lay out how Amazon will remedy the violations, but if Amazon does not ultimately agree to settle, then the NLRB would issue a complaint and schedule a hearing before an administrative law judge.) The timeline is not clear, but as redress, the workers requested that Amazon provide notice, both physically and electronically, to all relevant employees about what happened and make clear that their rights will not be violated again.

Neither Amazon nor Wilkerson returned requests for comment, and an NLRB spokesperson told The Intercept that the agency could not comment on the case until a final decision is released.

Ted Miin, one of the workers who filed the charge, said that the most significant thing to him about the NLRB’s decision is “the message that we have rights, we should know them, and we should know how to use the NLRB as a tool to make more room for us to organize.” Miin said that, while anecdotal, he feels that over the last year as their charges have been investigated, management has “been more careful” with workers on a daily basis; Miin also said that personally he felt higher-ups were more accommodating with requests for warehouse supplies, equipment, and day-to-day issues.

Johnson also called the NLRB decision “a major victory” given Amazon’s “big team of lawyers.” Both Johnson and Miin said they received calls from the regional NLRB in late February informing them that the NRLB found merit to their claims. Amazon workers in Chicago celebrate after organizing for paid time off in 2020.

The Amazon worker organizing happening in Chicago — under the banner of Amazonians United Chicagoland — looks different from the ongoing high-profile union drive in Bessemer, Alabama.

In Alabama, nearly 6,000 Amazon warehouse workers have been casting votes on whether to form a union with the Retail, Wholesale and Department Store Union. Voting continues through March 29, and if a majority votes in favor, it would mark the first Amazon union in the United States. (The only previous election, at a warehouse in Delaware in 2014, failed.) The Washington Post reported that more than 1,000 Amazon workers in other parts of the country have contacted the RWDSU about potentially launching their own union organizing drives, and President Joe Biden recently offered support for the workers.

In Chicago and in other cities, including New York City and Sacramento, there are worker-led Amazonians United groups that consider themselves unions, though they are not affiliated with any formal legally recognized union like the RWDSU.

“We are not affiliated with any legal organization that claims to be a union, especially major business unions, many of whom have tried to recruit us,” said Miin. He said that they support the Amazon workers in Bessemer and did not rule out affiliating with a formal union in the future but that they have a different approach to worker organizing. Miin added that affiliating with a legal union would be a decision determined democratically by the workers later when and if they felt ready.

Amazonians United Chicagoland got its start in April 2019, when a handful of DCH1 workers came together to demand clean water be made available to them in the warehouse. Their five-gallon water stations were often left open to dusty air and were never clean, and there were often no cups available, they said. Workers collected 150 signatures from colleagues protesting the conditions, and after delivering the petition to management, Amazon consented to provide water.

Later that summer, workers banded together again to organize for air conditioning, health insurance, and a pay increase, and by the fall, workers organized around a manager they felt was abusive. Miin says their largest campaign was their successful effort in early 2020, before Covid-19 hit, to push for paid time off. Their organizing was inspired by a similar PTO campaign launched by Amazon workers in Sacramento in December 2019. In a formal update dated March 20, 2020, Amazon confirmed that the workers could begin taking paid time off.

While the workers are celebrating their not-yet-official victory at the NLRB, their latest fight is against a new policy Amazon began rolling out in January known as “megacycle” shifts. These 10 1/2-hour shifts, which run from 1:20 a.m. to 11:50 a.m., were presented to DCH1 workers as new nonnegotiable work schedules going forward. Vice reported in February that the megacycle shifts were being rolled out quietly at delivery stations nationwide, collapsing multiple shorter shift options into one long one. Workers noted that the new option leaves no flexibility for parents and caretakers. Amazon also recently announced it would be closing the DCH1 warehouse, shutting down operations on April 2.

Amazonians United is fighting back, and recently launched a new petition for megacycle accommodations, with demands that include a $2-per-hour pay increase, Lyft rides to and from work to compensate for inaccessible public transit after midnight, and flexibility for associates who can’t work the full shift. They say if Amazon tries to split them up into different warehouses, they’ll respond by organizing new warehouses.

“I think we’d be really naive to believe closing DCH1 was in no way related to the organizing we’ve been doing,” said Miin.