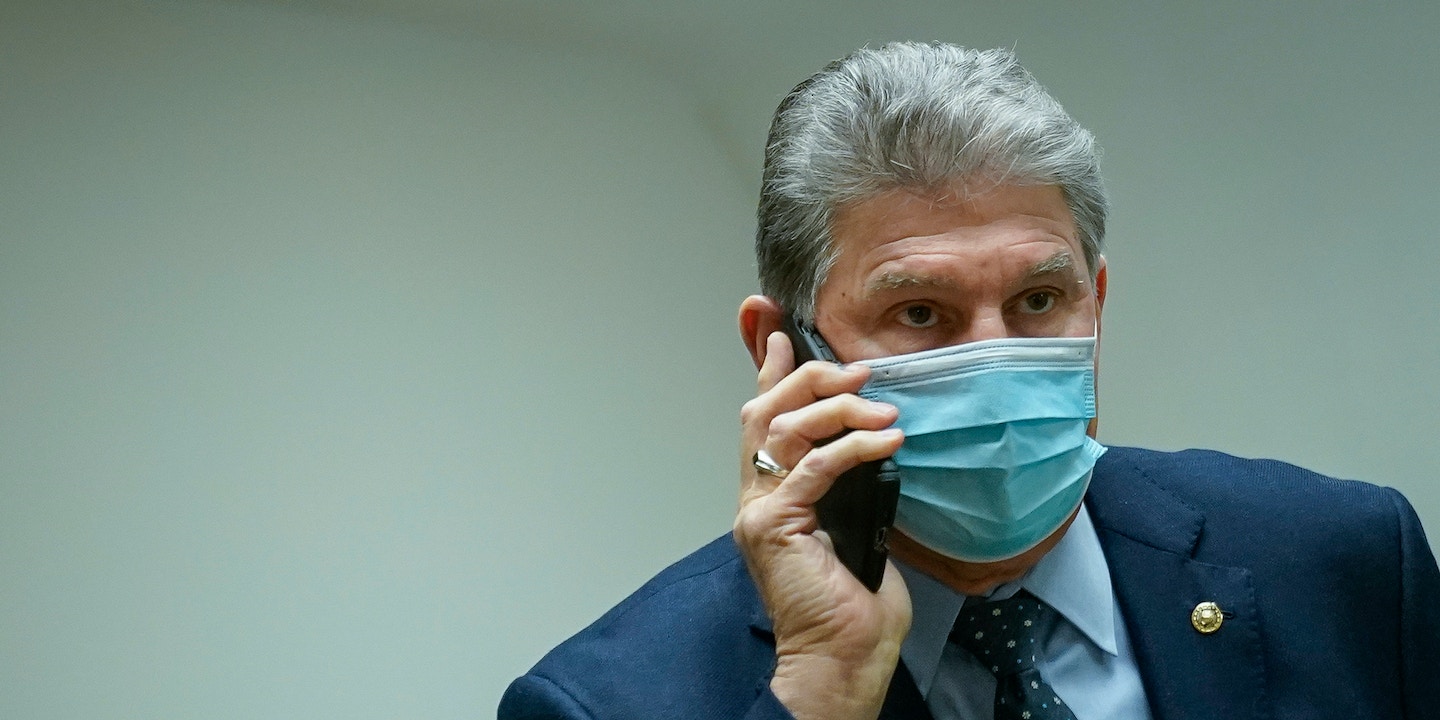 The waiver request, led by India and South Africa and backed by a coalition of countries, would allow more widespread global production and distribution of generic coronavirus vaccines, tests, and treatments.

Asked about the waiver proposal on Thursday, Manchin said it sounded like a good idea.

“I’ve always been a supporter of generics coming on,” said Manchin, speaking to The Intercept on Capitol Hill.

The West Virginia Democrat referenced the fact that the U.S. government financed the research, development, and domestic deployment of coronavirus vaccines. He noted that the drug companies “shouldn’t” generate profits from a product sponsored by taxpayers.

The U.S. government provided $18 billion in subsidies in 2020 through Operation Warp Speed to finance the research and production of coronavirus vaccines, including $1 billion to Moderna and $1.45 billion to Johnson & Johnson. BioNTech, Pfizer’s partner, also licenses National Institute of Health-owned patents developed with government research funding for the use of its vaccine.

“We took all the risk, the United States government, the Treasury, and it should come out in a cheaper form for Americans and for the rest of the world,” said Manchin.

Manchin, a champion of bipartisan policy dealmaking, is the first moderate member of the Senate to join the growing chorus demanding action on generic coronavirus vaccines.

The waiver has been endorsed by over 60 former heads of state, 100 Nobel Prize winners, and a wide array of public health, organized labor, and human rights organizations.

“Waiving intellectual property rights so developing countries could produce more vaccines would make a big difference in reaching global herd immunity,” wrote Joseph Stiglitz, the co-recipient of the Nobel Prize in economics in 2001, and Lori Wallach, the director of Public Citizen’s Global Trade Watch, in a column this week for the Washington Post. “Otherwise, the pandemic will rage largely unmitigated among a significant share of the world’s population, resulting in increased deaths and a greater risk that a vaccine-resistant variant puts the world back on lockdown.”

The Biden administration has so far declined to take a position on the waiver request and continued talks with pharmaceutical firms, which have fiercely opposed any waiver of IP rights to address the crisis. On Tuesday, Biden, speaking to reporters, signaled interest in doing more to help the developing world fight Covid-19, particularly India.

“I think we’ll be in a position to be able to share vaccines as well as know-how with other countries who are in real need,” he said.