SRINAGAR — On the morning of October 28, 2020, rights activist Parveena Ahanger was startled by the sound of revving engines outside her home in Srinagar, the biggest city in Indian-administered Kashmir. She closed the Quran she was reading from and peeked through a window; there were nearly a dozen armored vehicles and dozens of police personnel surrounding her house. Some plainclothes officers came inside and ordered Ahanger to shut all the windows and lock all the doors. It was a raid by India’s counterterrorism task force: the National Investigation Agency, or NIA.

Ahanger is the chair of the Association of Parents of Disappeared Persons, a collective known as APDP that she founded in 1994 — four years after her teenage son was arrested by Indian armed forces then disappeared. During the raid, NIA officials confiscated the cellphones of her entire family. The agents later drove Ahanger to her office in Hyderpora, on the outskirts of Srinagar, where they seized documents and hard drives.

That same day, the NIA also raided the offices and homes of several journalists and other nonprofit groups. Among the targets was the Jammu Kashmir Coalition of Civil Society, or JKCCS — a group that documents human rights violations in Indian-administered Kashmir — and the home of its program coordinator. At both of those locations, too, NIA officials confiscated electronic gadgets and seized several documents.

The raids were an escalation in the Indian government’s crackdowns on rights activists, journalists, politicians, and civilians who express dissent and views critical of Indian Prime Minister Narendra Modi and his Bharatiya Janata Party.

The crackdown began in August 2019, when the government unilaterally changed its constitution to revoke Jammu and Kashmir’s semiautonomous status. Both India and Pakistan have laid claim to parts of Kashmir since their independence from British rule in 1947. In Indian-administered Kashmir, there has been an armed uprising against Indian rule since 1989. Just a few days before revoking Kashmir’s special status, the Indian government amended a controversial anti-terror law called the Unlawful Activities Prevention Act to make it more stringent, allowing the government to jail for six months, without trial or bail, anyone arrested under this law.

Over the last couple years, the police have invoked UAPA frequently to restrain civil liberties. After the raids last October, the NIA said it was acting on information that groups had been using funding from abroad “for secessionist and terrorist activities” in Kashmir, invoking the UAPA. The NIA brought charges against the JKCCS under UAPA, claiming to have “credible information” the organization was involved in secessionist activities and said the investigation was ongoing.

The raids had the effect of stifling the only two groups documenting human rights abuses in Kashmir.

The raids had the effect of stifling the only two groups documenting human rights abuses in the region, whose work has been cited by the United Nations.

“These raids are meant to intimidate Human Rights Defenders, cast a chilling effect on others and ensure that no information or narrative that contests the discourse of the Indian state is available, either for discussions in India or outside,” Vrinda Grover, a human rights activist and lawyer based in New Delhi, told The Intercept. “Criminal law is being increasingly used to demonise and criminalise human rights work.”

For years, the APDP and the JKCCS have played a leading role in documenting abuses committed by Indian security forces in Kashmir, including surveillance, disappearances, and violence, as well as organizing locally to bring attention to these abuses.

In 2004, Ahanger began convening monthly silent protests in Srinagar, where dozens of women and men would hold signs asking, “Where are Our Loved Ones?” Their family members, the protesters said, had been subjected to enforced disappearance by Indian armed forces. But the last time they gathered was on July 10, 2019: a few weeks before the Indian government scrapped Jammu and Kashmir’s quasi-autonomous status. Members of the APDP collective decided they could no longer meet publicly. “We were scared because of the terror they spread,” Ahanger said. “People were being arrested.”

In October 2019, APDP published a report on the use of pellet guns on protesters during a 2016 civilian uprising; the report included testimonies from people who had lost their eyesight as a result. Three months later, the collective released a report detailing human rights violations in the region during four months of lockdown since the revocation of Kashmir’s special status. Since then, the APDP has gone silent out of fear of retaliation by Indian authorities — a fear that was exacerbated by last year’s raid. Parveena Ahanger, founder of Association of Parents of Disappeared Persons, is seen shouting slogans during a protest in Srinagar, Indian-administered Kashmir, on Jan. 15, 2019.

The JKCCS, for its part, was deeply involved in documenting abuses that appeared in a 2018 U.N. Human Rights report that for the first time called for an inquiry into the large-scale violations of rights in Kashmir. The report had stated that in Kashmir “accountability for violations committed by members of the Indian security forces remains virtually non-existent.”

The last report JKCCS released was in August 2020, a year after the Indian government imposed a “digital siege” in Kashmir. The report detailed the costs and consequences of the communication blockade in the disputed region.

JKCCS president and human rights lawyer Parvez Imroz said the revocation of Kashmir’s special status and the arrests that followed created a climate of fear. “We had no information about anyone, but months later we got to know we were on the surveillance and no-flying lists,” Imroz added. “We have been banned from traveling since 2019. That was one way of pressurizing us to not do our work.”

The rampant use of the controversial UAPA has led to an environment where people resort to self-censorship or refrain from going against the interests of the government. During UAPA prosecutions, the court relies on police documents to establish the guilt of the accused, giving police outsized power. The law has the effect of branding people charged under the law as terrorists — regardless of whether the government secures a conviction against them.

“Under UAPA, the theory of separation of powers has been completely turned on its head. Police and the executive have become powerful and the judiciary is not doing the checks and balances,” said Habeel Iqbal, a lawyer based in Kashmir. He pointed to a 2019 ruling by the Indian Supreme Court reversing a lower court decision to grant bail to someone charged under UAPA to note that “the Supreme Court in a recent Judgment gave more teeth to this dreadful law and tied the hands of the High Courts and lower Courts in matters of bail. Increased use of UAPA also shows how paranoid the state has become.”

In the case of the JKCCS, the NIA brought charges under the UAPA but took no further action to prosecute the case — yet the government may have already achieved its objective.

“When the NIA raided our office, they seized our gadgets and documents. They disconnected us from our friends and contacts. For a long time, we were not in touch with anybody,” said Imroz. “And that finally led to a situation where we felt that [the NIA] wanted to silence everyone.”

The NIA, which did not respond to multiple requests for comment from The Intercept, has not released any evidence in support of its claim that the groups it raided were linked to terror financing networks. The JKCCS says it is funded locally, while the APDP has received funding from the U.N. Voluntary Fund for Victims of Torture.

“We receive funds through the U.N. grant only,” said an APDP staff member, who requested anonymity out of fear of reprisal by Indian officials. “They conducted the raid to create pressure on us. They also wanted to know the kind of victims we help through our funds.”

Ahanger said she thought the real reason the NIA targeted her collective was their documentation of human rights abuses by Indian armed forces. “We have been able to work with international organizations like the U.N., Rafto Foundation” — a Norwegian human rights organization that recognized Ahanger and Imroz for their work in Kashmir in 2017 — “and other international organizations who have built pressure on the Indian government,” she told The Intercept.

The Indian government continues to weaponize the UAPA against dissenters. Last year, 16-year-old Athar Mushtaq was killed in an alleged gun battle in Srinagar, and the police buried him in Sonamarg, a three-hour drive from his home. His father, Mushtaq Ahmad, battled for several weeks to get his son’s body and bury him near his home. In February, the police filed charges against him and other family members under UAPA.

In May 2021, Kashmiri politician and separatist leader Mohammad Ashraf Sehrai died of Covid-19 at a hospital in Jammu during his imprisonment. At his funeral, less than two dozen attendees, including his two sons, raised pro-freedom slogans. A few days later, Sehrai’s sons were arrested under UAPA. Following the NIA raids, the JKCCS and APDP were not able to work as freely as before. The fear of reprisal pushed the two groups into dormancy.

“There were threats. There were raids at the houses of our colleagues. Then we decided that until this case is resolved, we would not be able to work properly,” said Imroz.

After the NIA raided JKCCS’s office, many of its volunteers stopped going to the office.

“People are scared of coming to us. Many journalists are also scared to come to us for comments and reports,” Imroz said. “Fear has been used as a weapon, and the government has been successful in that.”

Ahanger believes the government is “trying to suffocate every space that exists in Kashmir. It is not just rights groups, they are trying to choke every space.” 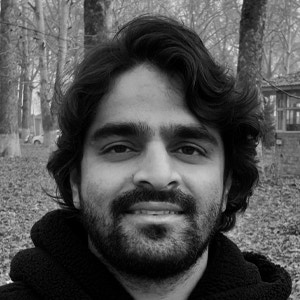