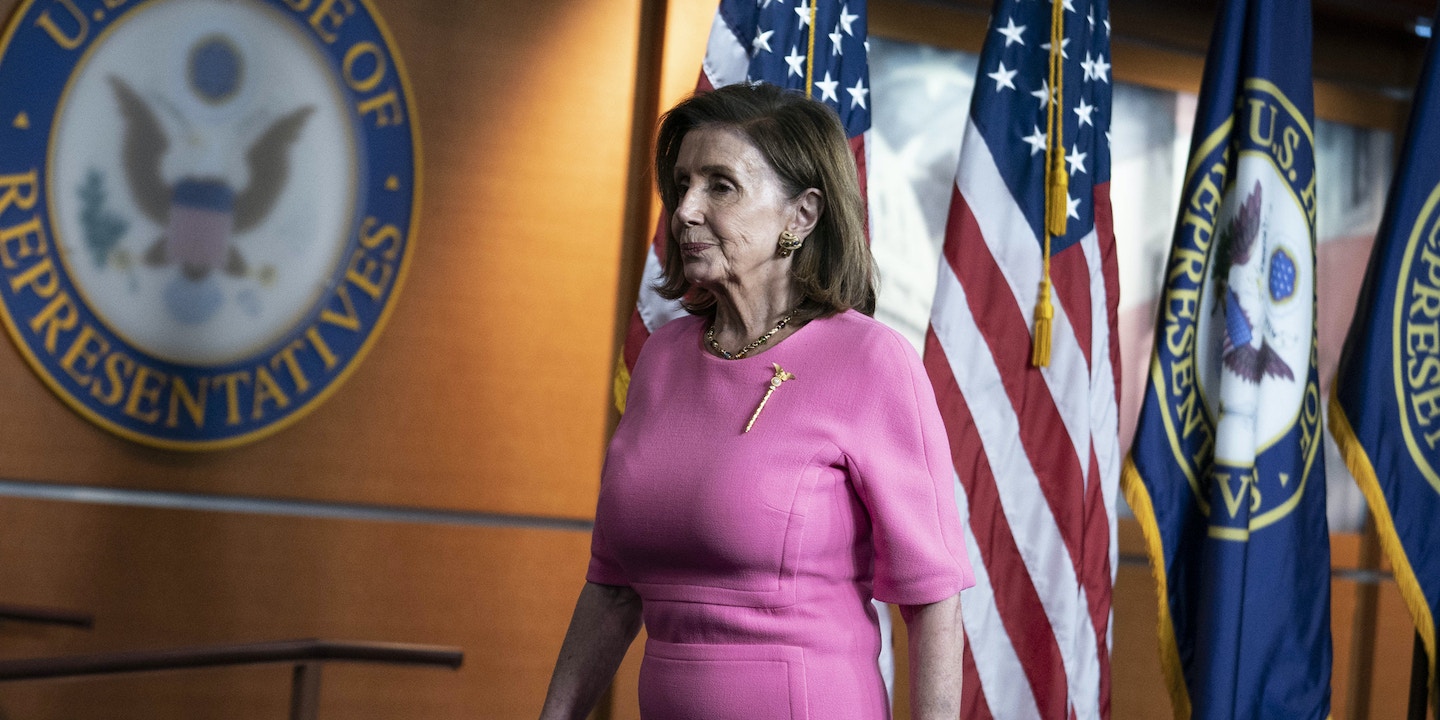 Today is September 27, which was supposed to be the day that Rep. Josh Gottheimer, D-N.J., managed to force a floor vote on the bipartisan infrastructure bill that passed the Senate earlier. His goal was to split the bipartisan bill away from the broader reconciliation bill so that he and his allies could pass the small one and water down or kill the latter. The dark-money group No Labels that is backing his effort has made that goal explicit.

Gottheimer won the concession of a vote from House Speaker Nancy Pelosi, but, crucially, he didn’t win a promise of a successful vote. So the Congressional Progressive Caucus organized its members into a bloc and vowed to vote against infrastructure unless the bigger bill came along with it. Twenty-two House Democrats went on the record saying they’d withhold their votes; Sen. Bernie Sanders, I-Vt., and 10 Democrats backed them up. The media took a long time to catch on but finally realized that — wait a minute! — these people are serious. Late last night, Pelosi sent out a letter announcing that the vote would be pulled. Debate on the bill starts today, but the vote has been rescheduled for Thursday.

In years past, progressives would not have been able to make a threat credible enough to get the vote pulled from the floor. So what’s different this time? For one, primaries matter, and in 2020 progressives ousted a handful of corporate Democrats and won open primaries against right-wing, business-friendly Democrats.

But that still doesn’t quite explain it, because progressives are still in general stuck with a structural disadvantage: They actually want to pass things, whereas centrists are happy never passing anything. Progressives have little leverage, since the choice is often between getting a little bit of something and getting nothing. That’s exactly what happened with the Affordable Care Act. Progressives vowed that they wouldn’t support a health care bill without a robust public option, and in the end they were told, here’s the final bill — it’ll give insurance to 20 or 25 million more people and expand Medicaid, but it has no public option. Are you a yes or a no? Faced with that choice, a progressive member of Congress is going to vote yes 99 out of 100 times.

What’s different this time is that the corporate Democrats actually want something. They worked really hard on the bipartisan infrastructure bill, and it includes a ton of corrupt giveaways their financial backers really want.

Don’t take my word for it — here’s Rep. Peter DeFazio, D-Ore., chair of the Transportation and Infrastructure Committee, talking to NBC News reporter Sahil Kapur, quoted on Twitter: “The crap written by those 12 rump senators, who are all pro-fossil-fuel actually, does virtually nothing to reduce fossil fuel pollution from transportation. So I’m trying to fix that in reconciliation. They basically took out all of our climate provisions. They took my electric bus program, and they cut it and then they said oh, and a third of the money has to be spent on fossil fuel buses. I mean, they’re such jerks… The industry could’ve written their bill.”

House Transportation Chair @RepPeterDeFazio on Senate infrastructure bill: “The crap written by those 12 rump senators, who are all pro-fossil-fuel actually, does virtually nothing to reduce fossil fuel pollution from transportation. So I'm trying to fix that in reconciliation.”

DeFazio on BIF: “They basically took out all of our climate provisions. They took my electric bus program, and they cut it and then they said oh, and a third of the money has to be spent on fossil fuel buses. I mean, they're such jerks… The industry could’ve written their bill.”

Rep. Alexandria Ocasio-Cortez, D-N.Y., called out the industry influence on Instagram when asked if she’d be willing to tank the bipartisan bill if it didn’t come with the other one.

Rep. AOC is a NO on infrastructure without reconciliation.

"Nothing would give me more pleasure than to tank a billionaire, dark money, fossil fuel, Exxon lobbyist-drafted 'energy' infrastructure bill if they come after our child care and climate priorities."

That is what makes this moment different. For progressives, the choice isn’t between getting something that’s just OK and getting something that’s good. The bipartisan bill is in many ways a step backward, an actively bad piece of legislation that would make the world a worse place if not paired with the climate and social policy piece. Just spending more money on roads and bridges and fossil fuel infrastructure while the world burns isn’t half a loaf. It’s not even stale bread. It’s straight up moldy. Throw it in the compost.

For once, centrists and progressives both have an interest in getting something passed, and that’s why it’s so important to keep the two pieces linked to each other. Even Sen. Kyrsten Sinema, D-Ariz., who has threatened to block reconciliation, has done nothing back home except brag about her ability to get the bipartisan infrastructure bill finished and talk about how addressing climate change is our highest priority. Sinema is now claiming that she won’t support any increases in either the corporate tax rate or the personal tax rate for the wealthy in reconciliation. If she holds firm in her defense of the Trump tax cuts, all of this maneuvering may end up being for nothing. Yet at the same time, it’ll be hard for her to explain why she blew up her priorities just to protect Trump’s tax cuts.