The CIA labeled WikiLeaks a “non-state hostile intelligence service” while entertaining plans to kidnap or assassinate its founder. 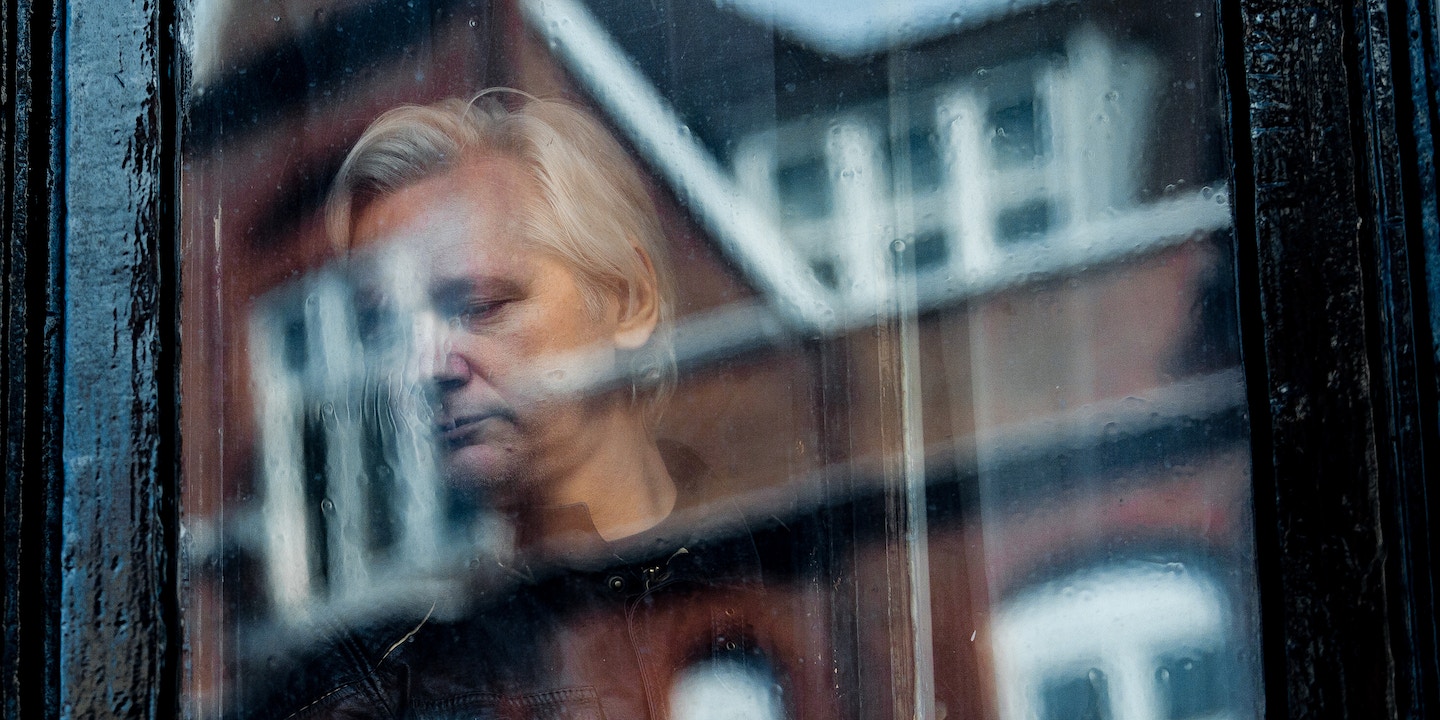 The Senate Select Committee on Intelligence in 2017 gave its stamp of approval to a legal maneuver that we now know the CIA was using to hunt WikiLeaks founder Julian Assange.

According to an explosive investigation published Sunday by Yahoo News, senior Trump administration officials — including the former president and director of the CIA — considered options to kidnap and even assassinate Assange in 2017 as part of a CIA “offensive counterintelligence” operation. In order to expand its legal options, the administration moved to designate WikiLeaks as a “non-state hostile intelligence service,” a label first unveiled by then-CIA Director Mike Pompeo at an April 2017 think tank event.

The creative relabeling was the culmination of an effort that had begun under the Obama administration. In the wake of Edward Snowden’s leak of classified National Security Agency documents, intelligence officials moved to label WikiLeaks an “information broker,” which they distinguished from journalism and publishing. In an extraordinary assault on the press, the officials also pushed to apply the same designation to Intercept co-founders Glenn Greenwald and Laura Poitras in a related but failed effort to strip them of First Amendment protections in the wake of the NSA leaks. The Obama White House rejected that effort as it related to all three, Yahoo reported, but under Trump, officials successfully applied the “non-state hostile intelligence service” label to WikiLeaks.

A former official told Yahoo News that the more aggressive label was “chosen advisedly and reflected the view of the administration” and allowed Pompeo and his lieutenants to think more creatively about how to target Assange. Those plans involved both kidnapping and assassination.

The administration also sought and won legislative language that backed up the claim for the expanded power.

As The Intercept reported at the time, a provision in the Intelligence Authorization Act for Fiscal Year 2018 stated: “It is the sense of Congress that WikiLeaks and the senior leadership of WikiLeaks resemble a non-state hostile intelligence service often abetted by state actors and should be treated as such a service by the United States.”

This kind of text doesn’t necessarily have a formal impact on policy, but the language was so alarming to Sen. Ron Wyden, D-Ore., a senior member of the Senate Select Committee on Intelligence, that he opposed the bill in a 14-1 panel vote in July 2017. “My concern is that the use of the novel phrase ‘non-state hostile intelligence service’ may have legal, constitutional, and policy implications, particularly should it be applied to journalists inquiring about secrets,” he explained in a press release at the time. A spokesperson for Wyden declined to comment on whether the senator knew about Pompeo’s interest in using the language to justify actions against Assange and WikiLeaks.

But Wyden’s comment strongly suggests that he was read in on some of the anti-Assange efforts and was sending out clues to the public without violating laws against revealing classified information, just as he did with regard to warrantless surveillance prior to Snowden’s disclosures. But in both cases, the vague clues were meaningless to the public, raising the question of what the purpose is of informing Congress of such activities if Congress is unwilling to either halt or expose them.

According to the Yahoo News story, Pompeo’s fixation with WikiLeaks began to worry the National Security Council by the summer of 2017, and at some point the CIA’s ideas to target the group drove White House officials to warn lawmakers and staffers on the House and Senate intelligence committees. (The House panel’s version of the fiscal year 2018 authorization bill, which it also voted on in July 2017, did not mention WikiLeaks.)

The drafts never left the committees that year. Instead, the final compromise bill, which included the new identification for WikiLeaks, was wrapped into the National Defense Authorization Act for Fiscal Year 2020 that Congress passed and President Donald Trump signed in December 2019. By that time, according to Yahoo News, members of the intelligence panels had already learned about the CIA’s proposals targeting the group. Yet no lawmaker publicly raised concerns about endorsing the “non-state hostile intelligence service” label. Rep. Mike Pompeo, Donald Trump’s nominee for the director of the CIA, arrives for his confirmation hearing before the Senate Select Intelligence Committee in Washington, D.C., on Jan. 12, 2017.

In 2017, the CIA was incensed and embarrassed that WikiLeaks had obtained and released a trove of files from its hacking division, Vault 7, but it didn’t have the authority to conduct widespread surveillance operations because the group had free speech protections.

Assange followed the scoop with an op-ed in the Washington Post, arguing that his motive was no different than that of the Post or the New York Times. He stressed that his journalistic outfit was essential to holding a democratic government accountable. “On his last night in office, President Dwight D. Eisenhower delivered a powerful farewell speech to the nation — words so important that he’d spent a year and a half preparing them,” Assange began.

“Ike” famously warned the nation to “guard against the acquisition of unwarranted influence, whether sought or unsought, by the military-industrial complex. The potential for the disastrous rise of misplaced power exists and will persist.”

Much of Eisenhower’s speech could form part of the mission statement of WikiLeaks today. We publish truths regarding overreaches and abuses conducted in secret by the powerful.

Our most recent disclosures describe the CIA’s multibillion-dollar cyberwarfare program, in which the agency created dangerous cyberweapons, targeted private companies’ consumer products and then lost control of its cyber-arsenal. Our source(s) said they hoped to initiate a principled public debate about the “security, creation, use, proliferation and democratic control of cyberweapons.”

Assange responded again in the Washington Post, mocking the CIA for its incompetence and arguing that WikiLeaks’s exposure of its mishandling of a massive project was in the public interest. “Vault 7 has begun publishing evidence of remarkable CIA incompetence and other shortcomings. This includes the agency’s creation, at a cost of billions of taxpayer dollars, of an entire arsenal of cyber viruses and hacking programs — over which it promptly lost control and then tried to cover up the loss,” he wrote.

When the director of the CIA, an unelected public servant, publicly demonizes a publisher such as WikiLeaks as a “fraud,” “coward,” and “enemy,” it puts all journalists on notice, or should. Pompeo’s next talking point, unsupported by fact, that WikiLeaks is a “non-state hostile intelligence service” is a dagger aimed at Americans’ constitutional right to receive honest information about their government. This accusation mirrors attempts throughout history by bureaucrats seeking, and failing, to criminalize speech that reveals their own failings.

As we now know, Pompeo responded to this challenge by ordering the CIA to draw up plans to kidnap Assange from the Ecuadorian Embassy, where he was receiving diplomatic protection.

In December 2017, WikiLeaks published video footage of what it plausibly described as a “grab team” waiting outside the embassy.

Assange is currently in a London prison fighting a U.S. extradition attempt. British courts blocked the effort, but the U.S. has appealed. A spokesperson for the Department of Justice did not immediately respond to a question about whether the revelation of the kidnapping and assassination plans has any effect on the decision of whether to continue the extradition attempt.