In response to a whistleblower complaint alleging corruption within the EPA’s New Chemicals Division, agency officials immediately notified those accused of misconduct. 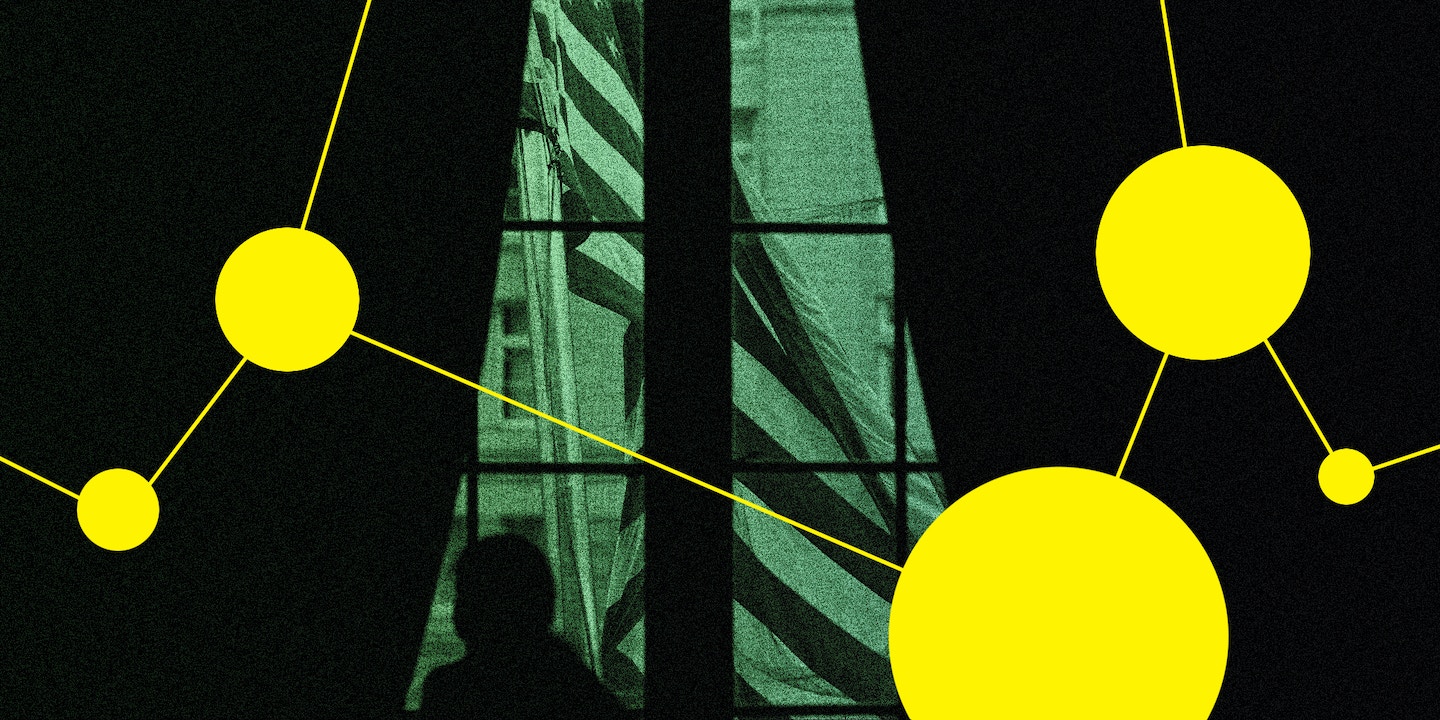 Within minutes of receiving a complaint from four Environmental Protection Agency whistleblowers in late June, an agency official shared the document with six EPA staffers, including at least one who was named in it, according to records obtained through the Freedom of Information Act. The records — more than 1,000 pages of internal emails — also show that within 24 hours EPA officials sent the whistleblowers’ complaint to other staff members who had been named in it. Two days later, the named employees met to discuss it. The releases were not in keeping with the best practices of handling whistleblower complaints, according to several experts contacted by The Intercept, and may have undermined the goals of the staff scientists who filed it.

The scientists’ disclosure laid out allegations of corruption within the EPA’s New Chemicals Division and provided detailed evidence that managers and high-level agency officials had deliberately tampered with numerous chemical assessments, sometimes deleting hazards from them and altering their conclusions. The environmental group Public Employees for Environmental Responsibility, or PEER, which is representing the whistleblowers, submitted the complaint to Michal Freedhoff, the assistant administrator of the EPA’s Office of Pollution Prevention and Toxics, the office that contains the New Chemicals Division, as well as to the EPA inspector general, Rep. Ro Khanna, and The Intercept.

The four scientists who worked in the division decided to speak up about the behavior they had witnessed because they feared it could have public health consequences. And they hoped that by carefully documenting and making public their allegations they would spark a thorough investigation and bring an end to the problems. Such complaints are usually kept confidential, but by the next day staff members named in the disclosure had received the document, and within three days the named employees met over Zoom to discuss how to respond — developments that may have compromised the investigation, according to legal experts.

That’s Not the Way It’s Done

At 5:54 p.m. on Monday, June 28, Tim Whitehouse, PEER’s executive director, sent the scientists’ disclosure to Freedhoff. At 5:57, Freedhoff forwarded the document to six people, including Carol Ann Siciliano, who was then the EPA’s deputy science integrity officer; Mark Hartman, deputy director for management of the Office of Pollution Prevention and Toxics, which includes the program featured in the complaint; and Tala Henry, deputy director for programs of the Office of Pollution Prevention and Toxics, whom the complaint describes as having played a role in approving multiple chemicals that had not been properly assessed. Siciliano and Hartman were not implicated in the whistleblower complaint.

On June 29, Henry asked Siciliano to send the complaint to everyone who was named in it, and Siciliano complied later that day. By June 30, a meeting of several of the people named in the complaint had been arranged. Siciliano noted in her email that she believed the allegations entitled the scientists who submitted them to whistleblower protections and that, under the law, “retaliation against whistleblowers is a prohibited personnel practice.”

While the sharing of the disclosure widely within the agency was not a violation of law, several experts in the handling of whistleblower complaints said it was troubling. “The way this was rushed through — to do it at the end of the workday, and then by the next day already to be sending it around to everybody who’s mentioned in it, that’s insane,” said Adam Arnold, environmental counsel at the Government Accountability Project. “That shows a complete lack of process.”

Liz Hempowicz, director of public policy at the Project on Government Oversight, said the EPA’s response seemed defensive. “When there’s a whistleblower disclosure, the agency’s prerogative should be to get to the bottom of the complaint and address any systemic issues coming out of it, not ‘How do we protect our own?’” said Hempowicz. “These actions definitely strike the tone of ‘How do we protect our own?’ versus ‘How do we get to the bottom of this?’”

When they decided to lay out the problems within the New Chemicals Division, PEER and the whistleblowers chose not to publicly name the EPA staff members. “That is primarily because we are not judge and jury,” said Kyla Bennett, PEER’s director of science policy, who has been working closely with the scientists who came forward. “We are presenting evidence. We don’t know why people did what they did or who was doing it for corrupt purposes or who just didn’t know any better or was pressured into doing something that they didn’t want to do.”

“When there’s a whistleblower disclosure, the agency’s prerogative should be to get to the bottom of the complaint and address any systemic issues coming out of it, not ‘How do we protect our own?’”

The group sent the complaint to the EPA inspector general on June 28, asking for an investigation based on the evidence it provided. Specifically, PEER asked for an audit to identify risk assessments that were altered without the knowledge or consent of the risk assessors who wrote them. The group also requested a review of cases in which comments in documents had been erased to see if they violated the EPA’s records management policy and an evaluation of the process “that allowed these improper changes to be made and remain uncorrected.” The same day, the group sent the disclosure to Khanna, chair of the House Oversight Committee’s environment subcommittee, and to the EPA’s Freedhoff.

But sharing the document with the named staff members within the agency and holding a meeting with them to discuss it may have made it harder for the inspector general to investigate. “The secondary transmission to everybody who’s named and then the meeting with all of them, that speaks to me of potentially interfering with an inspector general investigation, which is a big problem,” said Hempowicz.

PEER’s Bennett agreed. “An analogy would be if there’s a murder investigation. You don’t go to all of the people who you think might have done it and give them all the evidence you’ve collected and say, ‘This is what we’re thinking,’” said Bennett. “That’s just not the way it’s done. How do we know they weren’t using that meeting to get their stories straight?”

In an emailed response to questions from The Intercept, the EPA affirmed its commitment to scientific integrity and detailed its efforts to safeguard whistleblowers. “EPA is committed to protecting employee rights, including the important right of all employees to be free from retaliation for whistleblowing. In April 2021, Administrator Regan reaffirmed this commitment by issuing an email to all employees reminding staff of the whistleblower protections available to every federal employee.”

While the EPA did not respond to the comments of Hempowicz, Arnold, or Bennett suggesting that the agency mishandled the disclosure, the statement did describe a new effort to address issues raised by the whistleblowers’ allegations. The agency is hiring an independent contractor to conduct a “workplace climate assessment” within the New Chemicals Division, which has allowed dozens of new chemicals onto the market since the first whistleblower complaint was filed. According to the EPA’s statement, the assessment effort will be expanded to other parts of Office of Chemical Safety and Pollution Prevention over the coming months.

“Participation in this effort is completely voluntary and confidentiality of the information and the identity of individuals participating in this assessment will be protected to the greatest extent possible. OCSPP leadership will use the feedback collected through this effort to understand, evaluate, and, if necessary, make changes in OCSPP’s work practices and culture in order to promote collaboration and enhance the science that OCSPP uses in our program decision making.”

In a training session for EPA staff held yesterday, officials also described an effort to “triage” some of the many scientific integrity complaints within the agency and said that certain staff members would help with the effort. Within OCSPP, the point person was Tala Henry, the same person named in the whistleblower complaint as one of the officials who manipulated chemical assessments. The EPA did not immediately respond to an inquiry about Henry’s involvement in the scientific integrity process.

The EPA statement emphasized the agency’s commitment to the protection of whistleblowers and stated that after receiving the complaint it was immediately shared with the inspector general. “I am committed to ensuring that these matters are reviewed and evaluated fully,” said Freedhoff.

The records released under the Freedom of Information Act by the EPA also show that many others within the agency understood the gravity of the whistleblowers’ allegations. A July 1 inquiry to the press office from The Intercept asking questions about the disclosure was forwarded to at least 20 officials before the agency responded later that day.

Upon reading the allegations, several staff members marveled at the problems the EPA was likely to soon face as a result. “I mean this is serious shit,” wrote Susanna Blair, a special assistant within the Office of Pollution Prevention and Toxics. Alison Pierce, chief of staff of the Office of Pollution Prevention and Toxics, seemed to share her assessment. “Thanks for the heads up,” Pierce wrote in an email after receiving the document. “This is going to be rough.”