The FBI and the Justice Department are investigating the task force after security footage emerged of a violent arrest in September. U.S. marshals arrested two boys, ages 17 and 16, in Jackson, Mississippi, on September 16 on charges related to August shootings in the nearby city of Canton. Footage of the arrest shows one officer leading a shirtless, handcuffed boy past another officer, who reaches out and hits the boy across the face, making a loud noise on impact and leaving him bleeding from his mouth or nose. According to a lawyer representing one of the teens and his mother, both boys have said that officers physically assaulted them while they were handcuffed, including by whipping them with a green extension cord, outside the camera’s view. The FBI and the Justice Department are investigating the arrest.

The officers are part of the U.S. Marshals Service Gulf Coast Regional Fugitive Task Force, a federally funded unit that shot and killed a 20-year-old man in Memphis, Tennessee, while serving a warrant for a Mississippi shooting in 2019. Established in 2006, the task force operates in Alabama and Mississippi and deputizes state and local officers as marshals, offering them expanded powers to target people wanted for violent crimes. Their conferred status provides them with privileges including the ability to work across jurisdictions and make arrests without warrants. The marshals do not wear body cameras.

The September arrest was instead captured on a Ring doorbell camera. The day after, Jackson’s local CBS affiliate WJTV reported on a segment of the footage in which an officer hits and yells at one boy, and the boy calls into the security camera for his mother, who was out of town at the time. The Intercept obtained more of the footage, which shows officers further berating both boys, as well as a middle-aged woman, then taking what appears to be the green extension cord with them from the scene. According to the mother of one of the boys, at least one major national network had the full video footage but has not pursued a story.

The woman in the video, who was housesitting at the time of the arrest, said officers hit her in the head and pointed guns at her before shoving her to the ground in handcuffs and verbally berating her. She is the godsister of Cawanda Harris, the mother of one of the teens, and asked not to be named by the press. Both women say that the officers never produced an arrest warrant for the boys.

“The U.S. Marshals Service is aware of an incident that occurred involving members of our multi-agency Gulf Coast Regional Task Force (GCRTF) in Mississippi,” Justice Department Office of Public Affairs spokesperson Aryele Bradford said in a statement to The Intercept. “The U.S. Marshals Service takes any allegation of misconduct by our personnel or task force partners seriously and we are currently gathering information regarding the incident. The Department of Justice’s Civil Rights Division, United States Attorney Office and the FBI have opened an investigation, and if the investigation reveals prosecutable violations of any federal criminal statutes, the Department will take appropriate action.”

Lawrence Blackmon, the attorney for Harris and her son, said he believed that a warrant existed but that officers acted improperly by not producing it at the time of the arrest. Blackmon and national civil rights attorney Ben Crump are representing the Harrises. “The issue here is not the validity of the warrant, it’s the way the warrant was carried out,” Blackmon told The Intercept.

Mainstream national media have so far demonstrated little interest in the case, potentially because of the severity of the allegations and charges against the boys. The Canton shootings in August — for which both boys have been charged, along with a 17-year-old who is the brother of one of the boys, and another 24-year-old man — resulted in the deaths of two people, including a 6-year-old boy, and injured another man. The boys are presumed innocent until proven guilty, but law enforcement agencies and media, including local outlets that covered the arrest, aren’t framing them as such. Despite the fact that the boys are minors, numerous local outlets printed stories with their full names, and some included their mug shots. WLBT reported the boys’ names as suspects in the August shooting, prior to their arrests. The treatment fits into a dangerous pattern in which the media portrays young Black boys as menacing adults, an approach that has shaped the coverage of arrests and high-profile police killings of Black men for decades.

The footage goes on to show the officers take Harris’s godsister to the ground and handcuff her while she is lying on her stomach. Officers ask her to identify one of the boys, who is handcuffed nearby, while she tries to explain that she is housesitting. One officer slaps her on the back of her shoulder while she is facedown on the ground. Another officer tells her that they are both “going to jail.” A third officer repeatedly tells her to shut up. “I think you’re making me dumber,” he says. “Shut the fuck up, god damn.”

Later in the video, an officer leads a second shirtless boy out of the house. In the background, one officer slams the first boy to the ground. As the officer walks with the second boy, another officer strikes him across the face, making a loud noise and drawing blood as the boy cries out. Both Harris’s godsister and the boy who was struck said the officer was holding a black object in his hand. It’s unclear from the video footage what, if anything, the officer is holding.

“To see law enforcement or any adult do that to a child is very hurtful. You don’t do that to nobody, you don’t treat nobody that way,” Harris’s godsister told The Intercept. She said she wants to see the officers held responsible and prosecuted. “Because you’re supposed to be upholding the law. I mean, you’re supposed to be there to serve and protect, but you come out and you harm. So I want to know how you’re gonna uphold the law when you’re breaking it yourself.” 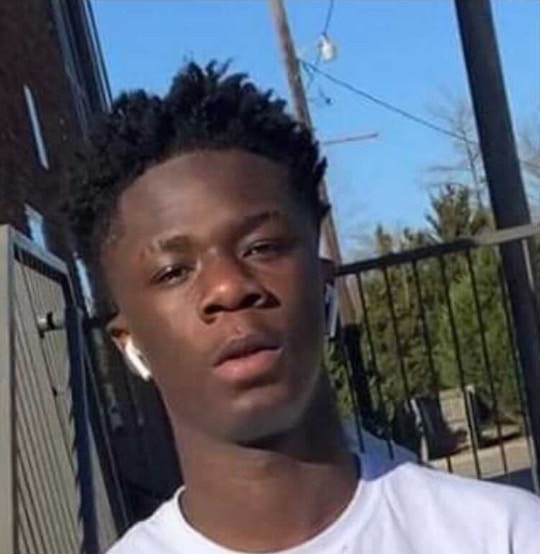 One of the boys arrested and hit in the face by a marshal said officers whipped him with a green extension cord while he was handcuffed.

Several weeks before the arrest, the task force appeared in a strange video from Darkhorse Press, a website in Mississippi dedicated to “a return to old-school crime reporting.” Images of allegedly confiscated paraphernalia and footage of people being arrested for various traffic stops and drug possession play over a rock music soundtrack. Advertisements flash for local gun stores, pest control services, and propane delivery. The video describes “Operation Washout,” an initiative “aimed at getting lawbreakers off the streets” and focused on “gang enforcement and violent crime” in Jackson.

Darkhorse Press advertises itself as a news site, but the video, which highlights one officer “famous for his speeches to young people about staying out of trouble,” reads more like public relations for law enforcement. Other stories on the Darkhorse site highlight crimes and arrests in Mississippi.

The Gulf Coast Regional Fugitive Task Force was the subject of a probe launched by the Tennessee Bureau of Investigation in 2019 to examine that year’s shooting of 20-year-old Brandon Webber in Memphis. Officers, who were attempting to serve a warrant for Webber’s arrest, alleging his connection to a shooting in Mississippi, said Webber rammed their vehicles with his and brandished a weapon. The marshals shot him at least 17 times, and Webber died in his mother’s driveway.

After TBI closed its investigation and turned its findings over to Shelby County District Attorney Amy Weirich last year, Weirich said in July that her office would not prosecute members of the task force for the shooting. The Marshals Service said it would conduct an internal review.

It is unclear whether any of the officers involved in Webber’s killing took part in the September arrest. “We do not discuss or disclose information about specific members or numbers of people assigned to USMS-led task forces,” Marshals Service spokesperson Dave Oney said in a statement to The Intercept in response to a question about the officers’ identities. The Intercept has submitted a public information request to identify the officers involved in both arrests and to obtain the findings of the Marshals Service’s review.

“He wasn’t resisting arrest. They were in handcuffs.”

Marshals Service task forces have faced increased scrutiny in recent years for the number of people they kill during arrests. A February analysis from the Marshall Project found that between 2015 and 2020, U.S. marshals, task force members, or local police assisting in a marshals arrest shot 177 people, 124 of them fatally. Seven more people died by suicide after being shot.

Harris and her lawyer filed a tort claim against the officers, the first step to filing a lawsuit in Mississippi. “My child is standing accused of something he did not do,” Harris said of the murder charge. “He wasn’t resisting arrest. They were in handcuffs.”

“It was traumatizing,” said her godsister, who added that the officers left the house in shambles and broke dishes. She was afraid that they came there to kill her. “I have a lot of issues now. I don’t sleep, I jump at every loud noise. I’m scared to sleep in the dark.”

Asked what she would like to see happen to the marshals, Harris said: “I want them fired.”