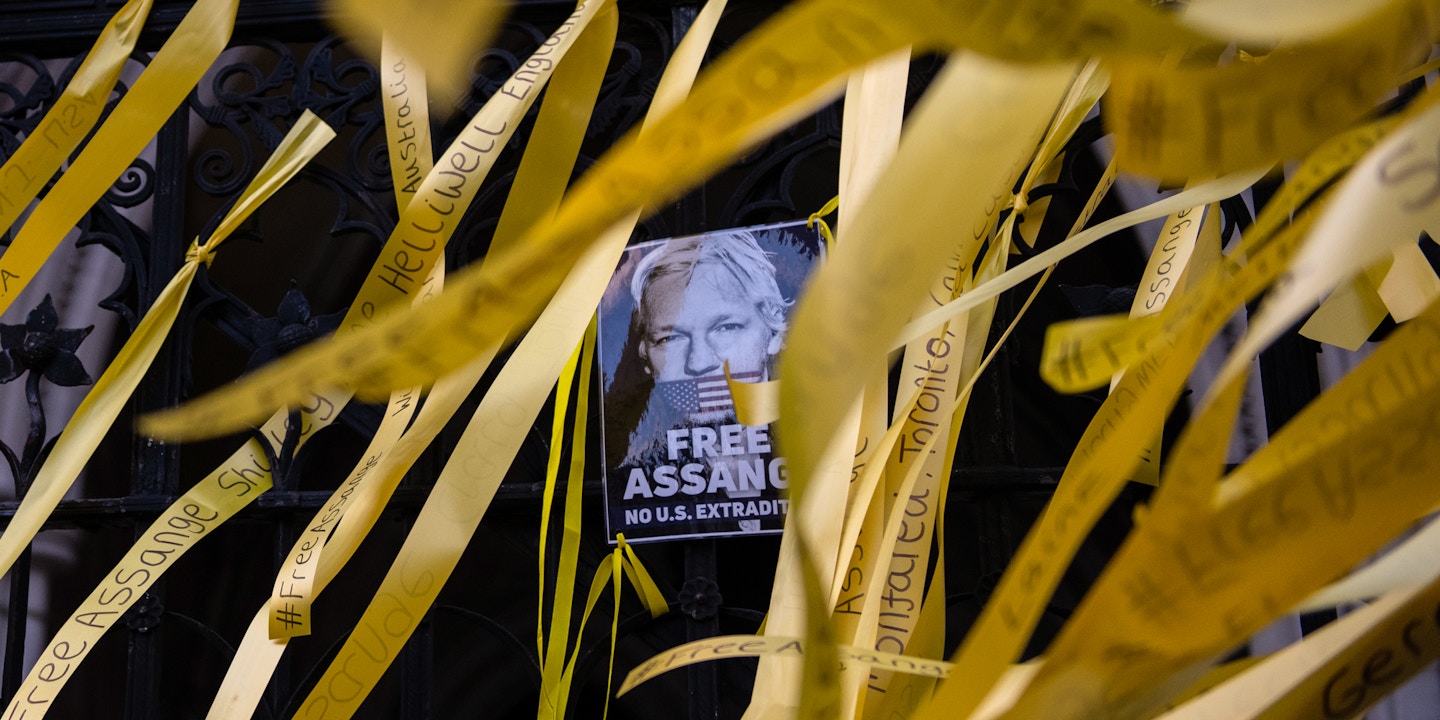 Whether Julian Assange is extradited to the United States to face trial on Espionage Act charges now hinges on whether a British court of appeal finds that his safety would be endangered if he were held in an American prison.

During two days of hearings at Britain’s High Court, which concluded today, defense attorneys for Assange argued that the WikiLeaks publisher was at high risk of suicide if he were sent to the U.S. to face charges, owing to his fragile physical and mental health state. Prosecutors argued in turn that Assange, whose charges are related to his work with WikiLeaks, was fit to be transferred, arguing that his conditions in the U.S. would not be onerous.

The appeal hearing comes in response to a previous ruling this January that rejected extradition on the grounds that Assange’s humane treatment could not be guaranteed in the United States and that he would be at high risk of suicide if placed into U.S. custody. The British court today did not issue a judgment immediately in response to the appeal but said that it would consider the arguments and issue a draft judgment at a later date. The judges have up to one month to issue a decision, after which both sides still have the final option of appealing to the British Supreme Court.

“It is perfectly reasonable to find it oppressive to extradite a mentally disordered person because his extradition is likely to result in his death.”

The crux of the issue is Assange’s health, which has deteriorated over the years he has been pursued by the U.S. government. Assange’s lawyer, Edward Fitzgerald, said yesterday in court that his client’s mental state is too endangered to be subject to the risk of being placed in solitary confinement in an American prison.

Although the U.S. government has previously promised that Assange could serve his sentence on any conviction in an Australian jail, close to his family, his lawyers called these assurances “caveated, vague, or simply ineffective,” noting that the process for having him transferred to Australia could take years and the Australian government itself has yet to commit to such an arrangement.

“It is perfectly reasonable to find it oppressive to extradite a mentally disordered person because his extradition is likely to result in his death,” Fitzgerald told the court, calling on the judges to “protect people from extradition to a foreign state where we have no control over what will be done to them.”

For their part, the prosecution relied on Gordon Kromberg, a controversial federal prosecutor who has taken the lead on the case, to argue that Assange’s conditions would not be punitive in the United States even if he were held in a supermax prison, since he would have access to various recreational activities for incarcerated people as well as unlimited visits with his lawyers.

Assange was not present in the court, although he briefly appeared by video link from prison. His attendance has been sporadic with observers noting the visibly poor state of his physical health during past appearances. Assange is currently being held in the U.K.’s Belmarsh maximum security prison, where he has remained since 2019 after his asylum at the Ecuadorian Embassy in London was revoked.

Protesters outside the court rallied during the hearing to demand that the British government prevent Assange’s extradition.

“It is completely unthinkable that the U.K. courts could agree to this,” Assange’s partner Stella Morris told protesters outside the court in a public address. “I hope the courts will end this nightmare, that Julian is able to come home soon and that wise heads prevail.”

Assange’s case has remained a focus of civil liberties organizations globally. Despite controversies over his political stances and associations over the years, the grave threat to press freedoms represented by his potential extradition on Espionage Act charges over WikiLeaks disclosures has galvanized a broad range of supporters.

In addition to published classified State Department and CIA documents that have been drawn upon by journalists and activists around the world, Assange also revealed video footage of U.S. troops in Iraq killing innocent civilians, published under the title “Collateral Murder,” during the Iraq War.

“The case involves concerns which go far beyond the fate of one man and put media freedom and freedom of expression in peril.”

For those services, as well as to fight the precedent that his prosecution for publishing classified information would represent, international civil society groups have continued to take a strong stand against his extradition. Whatever the British courts decide in relation to this latest appeal, it is unlikely that their decision will represent the end of Assange’s legal saga.

“It is a damning indictment that nearly 20 years on, virtually no one responsible for alleged US war crimes committed in the course of the Afghanistan and Iraq wars has been held accountable, let alone prosecuted, and yet a publisher who exposed such crimes is potentially facing a lifetime in jail,” Amnesty International’s Secretary General Agnès Callamard said in a statement about the case, calling for the extradition request to be rejected. “The U.S. government’s unrelenting pursuit of Julian Assange makes it clear that this prosecution is a punitive measure, but the case involves concerns which go far beyond the fate of one man and put media freedom and freedom of expression in peril.”