“They never look at the big picture. It’s never a weaponeering problem and is almost always an intelligence assessment problem that leads to these incidents.” 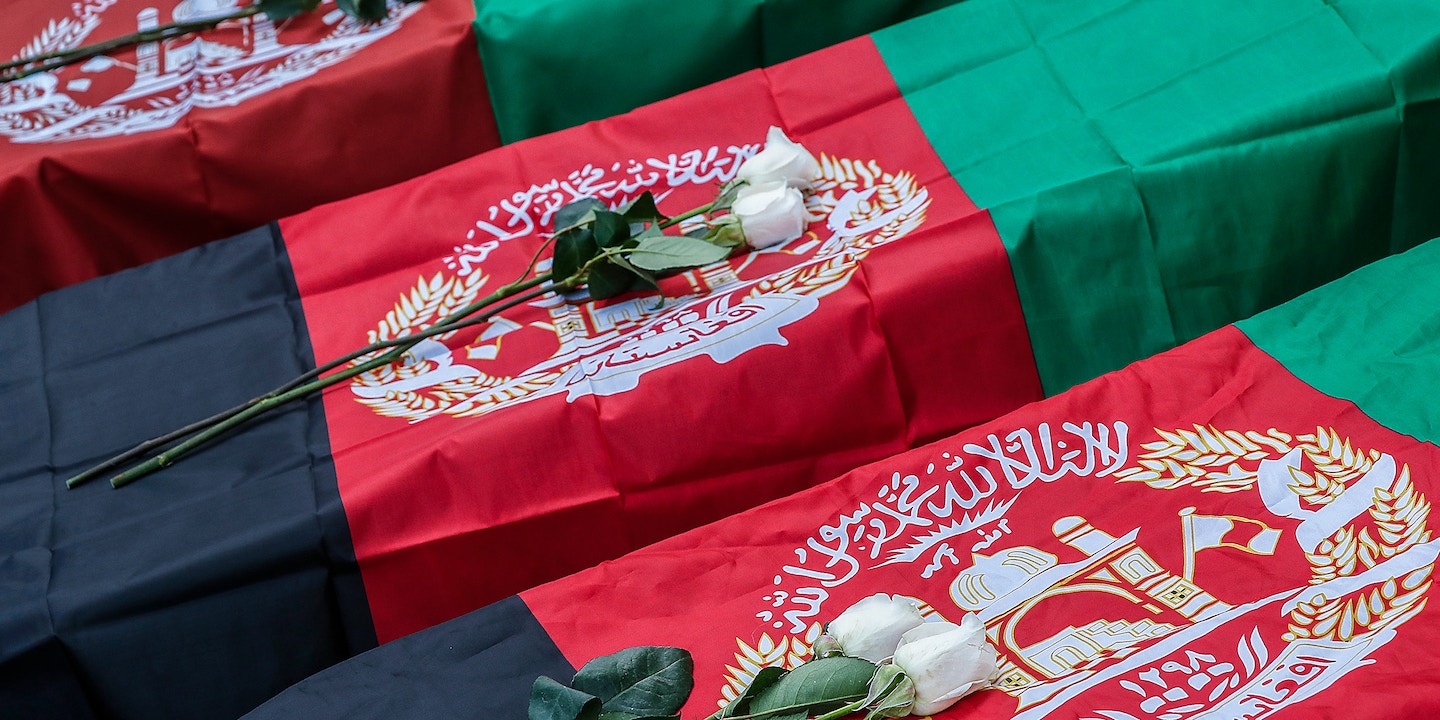 The August 29 attack in Kabul, Afghanistan, that killed Zemari Ahmadi, an innocent aid worker, and his family has become one of the most notorious drone strikes of the war on terror. It is also rapidly becoming one of the most revealing, forcing the U.S. government to disclose more about how it makes decisions about killing people in foreign countries by remote control, using aircraft high in the sky. The Kabul attack generated intense scrutiny from the moment it was launched, after journalists on the ground quickly contradicted the government narrative about who had been killed. What is now being revealed is that the evidence that can be used to carry out fatal strikes — like the one that killed Ahmadi and his family — is often razor thin.

A one-page summary of the findings of an internal investigation of the strike, led by Air Force Inspector General Lt. Gen. Sami D. Said, claimed that no violations of the laws of war had been committed and did not recommend that anyone be criminally disciplined for the killing of Ahmadi and his family. Said’s report concluded that the fatal strike was executed due to a mixture of “confirmation bias and communications breakdowns” — errors that occurred during an eight-hour period when Ahmadi was under aerial surveillance. Said did not share specific intelligence that had put Ahmadi into the sights of U.S. drones but suggested that certain actions — like picking up a laptop bag and driving a Toyota Corolla, common on the roads of Afghanistan — were enough for drone operators to justify pulling the trigger and killing him and his family in front of their home.

The U.S. military has not released its own video footage of the attack, which it insisted initially showed a successful strike that had hit a car carrying a suicide bomber. Officials also claimed at first that their footage showed secondary explosions pointing to a “substantial amount of explosive material” in the car that they had hit. These claims turned out to be false. A combination of reporting from the ground, made easier by Kabul’s status as a hub for international media and open-source intelligence work carried out by foreign reporters, established that not only were claims of major secondary explosions implausible, but the U.S. had also killed a man who was a longtime aid worker for a U.S.-based NGO, just as his children were rushing to his car to greet him.

During a press briefing Thursday, Said was asked about reports that U.S. forces were looking for a white Toyota Corolla, considered the most common vehicle on the roads of Afghanistan, which led them to attack Ahmadi. “We actually never ended up tracking the actual Toyota Corolla,” Said said. “It certainly wasn’t the one we did track and struck. We just didn’t pick up the Toyota Corolla that we believe we should have picked up that might have been involved in something that’s worth knowing.” Said also described the strike as “unique” in comparison to the thousands of other strikes that the U.S. has carried out, citing the context of a deadly suicide bombing at the Kabul airport that had occurred days before, in the heat of a messy U.S. withdrawal, and statements from President Joe Biden at the time that another attack was believed to be imminent.

Analysts who track these strikes say that there were aspects to the Ahmadi killing that made it different from other attacks, in which drone operators have time to carry out extended “pattern-of-life” analysis on subjects to confirm their identities.

“The backdrop of this strike was that there was intelligence gathered to suggest that ISIS was threatening the airport, there was an attack there previously, and the president himself was saying that we expect another attack to take place imminently,” said Micah Zenko, a political scientist and expert on the U.S. drone program. “It created a condition where external pressures are going to lead people to think a certain way — everyone is primed to look for another car bomb. Once you prime people like that, and you reduce the timeframe to make a judgement, it can lead to all types of mental shortcuts.”

“That’s what makes it so hard to assess, because it deals with the part of the process that they will never talk about: the intelligence.”

The summary report issued by Said laid out several recommendations for avoiding future such incidents, including taking steps to reduce confirmation bias in targeting, improving situational awareness through communication, and reviewing pre-strike procedures to protect civilians. Zenko says that these recommendations have been made many times before after similar incidents. The real issues — faulty intelligence and policy decisions that lead to such killings taking place — remain unaddressed.

“They never look at the big picture,” said Zenko. “It’s never a weaponeering problem and is almost always an intelligence assessment problem that leads to these incidents. That’s what makes it so hard to assess, because it deals with the part of the process that they will never talk about: the intelligence.”

The U.S. government has been militant about protecting the drone program from scrutiny, making accurate assessments about intelligence failures hard to confirm. When information has leaked, such as the classified 2015 disclosures from the program published by The Intercept, it has shown a program that is far less discriminating and targeted than has been advertised. One leaked document showed that during a five-month stretch of a U.S. operation in Afghanistan, nearly nine out of 10 people who died in airstrikes were not the intended targets of the attacks.

The Kabul attack was initially celebrated by the military as a successful operation, with the term “righteous strike” used repeatedly by military officials. The fallout that came when outside investigators determined what really happened, however, has once again raised serious questions about who is being killed in U.S. military operations conducted from the skies.

“This is not what a three-star general is commissioned to study, but the most interesting question about this strike regarded what happened after. How did senior leaders get it so wrong and only adjust course when diligent investigative journalists and NGOs uncovered that the story that they were selling about this strike was completely incorrect?” said Zenko. “There have probably been between 350 to 400 of these kinds of strikes in Pakistan alone, of which we have no documentary evidence. In this case the military only adjusted its narrative because independent third-party investigators were able to dig deeper than they did.”