Small businesses have been struggling to appeal the obscure decisions by Bank of America to deny them full forgiveness on the loans. 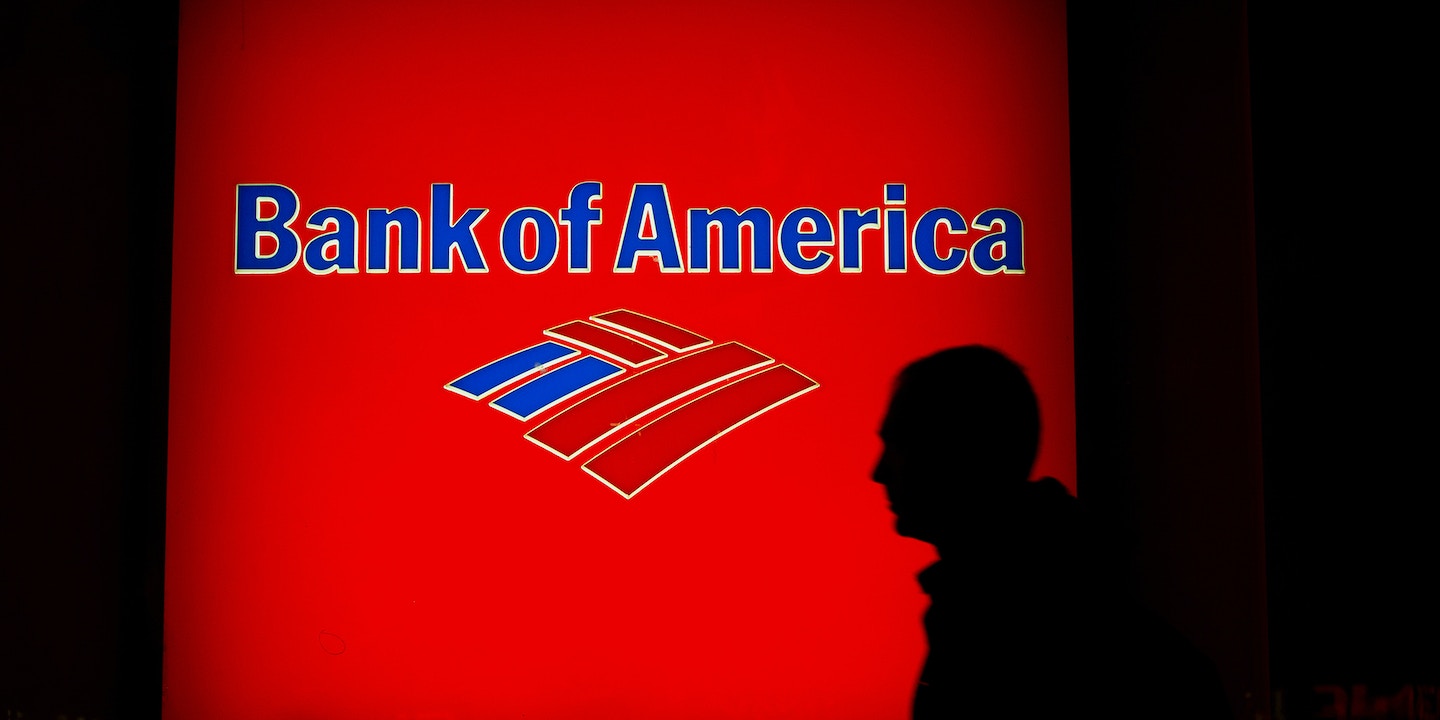 Bank of America, the second-biggest lender in the Paycheck Protection Program, is refusing to forgive some small business owners’ loans and blocking them from getting relief directly from the Small Business Administration, which oversees the PPP program.

One of the first forms of aid Congress offered to businesses during the Covid-19 pandemic was PPP loans, which were meant to be forgiven completely if used to cover payroll and other specified expenses. But in over a half-dozen interviews and emails with The Intercept, small business owners who got their PPP loans through Bank of America described the same experience: A year or more after they first received their loans, they were told that the bank determined they had originally received too much money and that it would only forgive a portion, leaving them to pay back the remainder with interest. Jose Ramos, owner of Kin-Keepers in Virginia, was told that none of his $67,500 PPP loan would be forgiven.

Not all of the business owners have been able to determine why they are being denied full forgiveness; some say it has to do with whether the money could be used to pay contractors, and others say it has to do with whether they should have included health insurance costs in their applications. But all maintain that they followed the rules as they were written at the time they signed the promissory notes on their loans and shouldn’t be held accountable for the many rule changes the SBA made afterward. Bank of America, they point out, reviewed their applications and approved them for the original loans.

When the business owners went to apply for forgiveness, Bank of America’s online portal was pre-populated with the lower amount of forgiveness and didn’t allow them to change it or upload any documentation that they did, in fact, qualify for the full original loan. In a screenshot shared with The Intercept, when one small business owner tried to change the figure in a box titled “Requested Loan Forgiveness Amount” from the bank’s figure to her full PPP loan, an error message appeared and she was unable to advance to the next screen. And calls to the bank were fruitless. Christopher Martin, owner of CT Martin Inc., kept meticulous receipts as proof that he used his $10,885 PPP loan on the specified purposes. “All the receipts, all the records they told you to keep meant nothing to them,” he said.

In a statement, Bank of America said, “In the forgiveness process, we are required to follow the Small Business Administration’s rules and guidance,” pointing specifically to discrepancies over payments to contractors. “This idea that people simply can’t send us documents is simply not true,” said spokesperson William Halldin. The SBA declined to comment for the story.

Fearing a hit to their credit scores or defaulting on their unforgiven loans, some small business owners submitted Bank of America’s forgiveness application for the lower amount despite believing that they should be forgiven for the full loan. Others are refusing to apply for forgiveness for an amount they say is less than they deserve.

Heather Sheppard has refused to file her forgiveness application with Bank of America because it won’t let her change the forgiveness amount or upload any documents. She received a $16,933 PPP loan, which got her Illinois-based dance and fitness studio, Allegro Performing Arts, through lean months in early 2020. But the bank has said the maximum amount of forgiveness she can receive is $6,900. “If I hit [submit], then that makes me accountable for the rest of the money,” she said. “Under the parameters of the law I should be forgiven for the full amount.”

“What they’re hoping for is we get tired, depressed, move on.”

Sheppard says she called the bank about 80 times between May and July 2021. At first she would reach actual people, who would send her to different teams and promise to escalate her issue. But she got no answers. “In August I got so frustrated I actually stopped calling,” she said. She would periodically log in to the bank’s forgiveness portal to see if the number had changed, but it never did. “I just got very depressed,” she said. “This whole experience has been extremely stressful.”

Sheppard took a second job doing overnight shifts at an Amazon warehouse to try to keep her business afloat, but it’s taking a physical toll on her. If her PPP loan were fully forgiven, she said, she might be able to finally quit the Amazon job. “What they’re hoping for is we get tired, depressed, move on,” she said.

After widespread complaints about the slow and confusing forgiveness process across all lenders, in August the SBA set up its own portal through which small business owners can apply directly with the agency. But banks had to opt in to the SBA’s portal, and Bank of America is among those that refused to do so. That means businesses that got their PPP loans through the bank have no other option than to go through the bank’s own portal. In a statement, Bank of America said, “If we used the SBA’s site … we would still be required to review each application for forgiveness and provide the recommended forgiveness amount, as we do on our own site.”

Fearing the impact on her credit score, Amy Yassinger, owner of a music company in Illinois, applied for forgiveness through Bank of America’s portal even though the bank says it will only forgive $2,436 of her $38,730 PPP loan. “I submitted that forgiveness application under duress,” she said. She’s now paying it back in $2,000 monthly installments. She hired an attorney at one point, who sent the bank a letter alleging that it had violated the False Claims Act by submitting the original paperwork for the loan to the SBA, but the bank dismissed it, and the lawyer warned Yassinger that taking things further could cost the same as her original PPP loan.

“You feel trapped, you feel suffocated, because the bank is so powerful,” she said.

The experience has been so difficult that Yassinger created a support group made up of Bank of America customers who had the same experience. The group currently has 29 members, including Yassinger, Sheppard, and Ramos. All of the business owners’ loans are for under $100,000. “Honestly, having this group has been therapy for all of us,” Yassinger said.

“You feel trapped, you feel suffocated, because the bank is so powerful.”

The members of Yassinger’s group have tried filing complaints with federal regulators — including the Office of the Comptroller of the Currency, the Federal Trade Commission, and the Consumer Financial Protection Bureau — but they were closed without action against the bank. So they are focused on a legislative solution to their problem. Congress had debated automatically forgiving PPP loans under $150,000 in late 2020, but lawmakers never acted.

When Martin contacted the SBA asking to appeal Bank of America’s determination that he can only get $3,114.79 forgiven out of his $10,885 PPP loan, he was told that the agency couldn’t process an application until the bank went through two rounds of appeals itself. “But Bank of America refuses to talk to me,” he said.

Martin’s business is still suffering due to the pandemic; he’s a freelance information technology professional and estimates that nearly 60 percent of his clients have gone out of business. He didn’t have the money to start making payments on what the bank says he owes. But because Martin lives in an economically depressed region, at the end of last year he was able to apply for a grant through the Economic Injury Disaster Loans program, also run by the SBA. As soon as he received the money, he turned around and used it to pay off the balance.

“The EIDL loan should have been mine to keep, to run my business,” Martin said. It would have covered the costs of travel to meet new clients and book new business. “But instead it got me out of being sued by Bank of America.”

“I was the small business person this was designed to help,” Martin said. “And Bank of America just decided to not fulfill their promise.”