The legislation, which passed the state House on Tuesday, would shield factory farms and puppy mills from oversight. It could pass the state Senate by Friday. 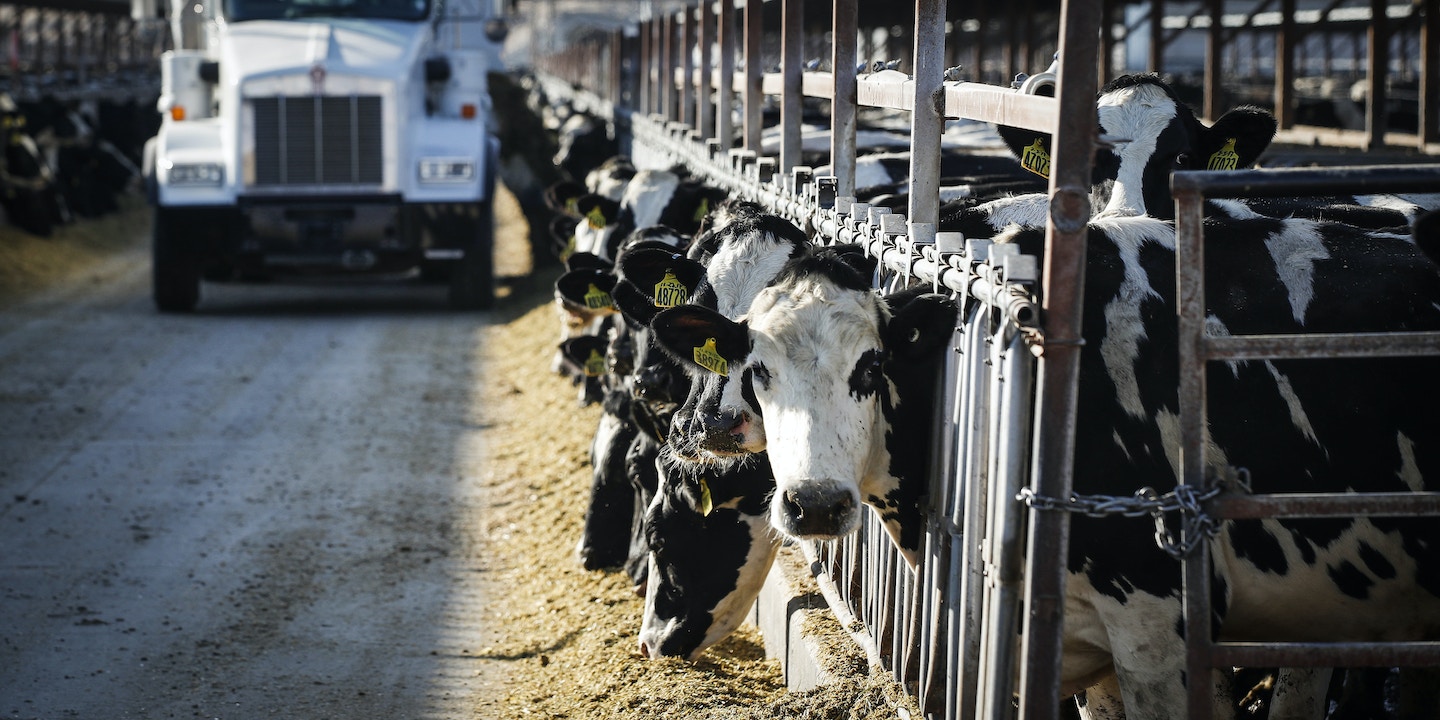 Utah legislators are fast-tracking an extreme bill that would ban local governments from “prohibiting or effectively prohibiting” the operation of an “animal enterprise” — a broad category that includes puppy mills, pet stores, factory farms, rodeos, medical research, or potentially any business at all that uses animals or animal-derived products for profit. The bill is so broadly written that, opponents argue, it could be construed to exempt virtually any establishment from regulation, like restaurants, grocery stores, or even a car dealer that sells leather interiors.

At a Utah House committee hearing Monday, the bill’s sponsor in the lower chamber, Republican Rep. Joel Ferry, who is a farmer and rancher, was asked whether the legislation had anything to do with localities’ ability to regulate concentrated animal feeding operations, or CAFOs, also known as factory farms. “Absolutely not,” he replied. But according to the text, this is completely false: The bill states explicitly that farms and feedlots are both covered by the definition of “animal enterprise.” Ferry, who represents a district covering the rural northwest corner of Utah, did not respond to multiple requests for comment for this story. The bill’s drafting attorney, Peter Asplund, did not return a request either.

“I think this willingness to directly lie about the law you are drafting is one of the most pernicious things about modern American politics,” Justin Marceau, a law professor at the University of Denver who was involved in the successful fight to strike down a Utah “ag-gag” law in 2017, wrote in an email to The Intercept. “This kind of legislation is anathema to the principles of local control that conservatives often tout as core-values.”

In recent years, as rural Utah communities have fought the proliferation of pig factory farms, state legislators have sought ways to force counties to accept them. A 2021 law, for example, requires counties to designate space for CAFOs in their land use plans, with an exemption for certain high-density areas. Though the bill now under consideration would limit local governments from regulating these farms, it wouldn’t override their land use policies.

The bill, unveiled last Thursday amid Russia’s invasion of Ukraine, passed the Utah House on Tuesday after 13 minutes of floor discussion. It was introduced in the state Senate the same day, and it could get a vote in the upper chamber before Utah’s legislative session ends Friday.

“I have no doubt that this was all done strategically,” said Jeremy Beckham, research advocacy coordinator for the Physicians Committee for Responsible Medicine and former executive director of the Utah Animal Rights Coalition. “They’re moving so quickly because they are worried about the public attention.”

The bill could become the most extreme state law in the country restricting regulations on businesses that exploit animals. Because it defines an “animal enterprise” so broadly — as a “commercial or academic enterprise that uses or sells animals or animal products for profit, food or fiber production, agriculture, education, research, or testing” — it’s created confusion about what’s covered. “It is overly broad to an absurd extent,” said Rachel Heatley, advocacy and investigations director for the Humane Society of Utah. She interpreted the legislation as potentially creating absurd routes for any business to shirk regulation — like by putting a fish tank in the lobby and claiming that it’s running an animal exhibition.

A similar bill in Iowa (that used, in some places, identical language to the Utah bill) was considered last year but did not pass during the 2021 legislative session. A representative from the state’s Legislative Information Office told The Intercept that it remains on the calendar for the 2022 session, underway until April 19.

“At the very same time our shelters are in a crisis, the Legislature is saying they want puppy mills to relocate here. It’s a complete step in the wrong direction.”

Multiple states have passed “preemption” laws revoking cities’ right to have their own regulations on issues including cutting police budgets, raising the minimum wage, creating paid sick leave, and banning single-use plastic bags. Ohio and Arizona both passed laws in 2016 preempting local regulations of pet stores. Georgia, Oklahoma, South Carolina, and Alabama have laws banning local governments from regulating animal husbandry standards, but none are as sweeping as the current Utah bill.

If enacted, the bill would likely stop the enforcement of Salt Lake City’s law requiring pet stores to only sell shelter animals and similar bans in 11 other Utah localities — regulations meant to stop the sale of animals from puppy mills, or high-volume dog breeding factories known for cruel conditions. Right now “the [animal] shelters here in Utah are starting to get just absolutely inundated,” Beckham said. “I’ve worked in rescue here in Utah for 15-20 years, and I’ve pretty much never seen it this bad. And at the very same time our shelters are in a crisis, the Legislature is saying they want puppy mills to relocate here. It’s a complete step in the wrong direction.” The bill would also halt Salt Lake City’s ban on horse-drawn carriages and Salt Lake County’s ban on using wild animals in circuses.

“We’re taxpayers, so we’re paying for the shelters that are overburdened, underresourced, where the shelter workers are undergoing extreme mental anguish,” said Heatley. “Our legislators, as soon as they hear anyone talking about animals, they just shut it down because they’re tired of it. They’re mostly ag producers. They don’t want to hear us talk about animals.” Combining pet stores with animal agriculture, and all other animal enterprises, was likely a shrewd move from the legislators’ perspective because Utah lawmakers are always eager to deregulate agriculture.

“Our legislators, as soon as they hear anyone talking about animals, they just shut it down because they’re tired of it. … They don’t want to hear us talk about animals.”

At the committee hearing Monday, those who spoke in favor of the bill included Wade Garrett of the Utah Farm Bureau, an agriculture lobby group; Craig Buttars, the state agriculture commissioner; and Kory Holdaway, a lobbyist who said he was representing a group — which he did not name but which the Salt Lake Tribune reported as “the Puppy Store”—  that was driven out of California by a law that requires pet stores there to only sell shelter or rescue animals. Eight members of the public spoke against the bill, and then the committee voted to approve it for a full House vote without any debate. The bill passed the lower chamber the following day.

All this takes place as Utah is prosecuting two activists for liberating two dying piglets from terrible conditions at a Smithfield Foods factory farm. At a pretrial hearing in that case last week, a Utah judge ruled that the activists wouldn’t be allowed to show evidence of cruelty at the facility to a jury.

“There is a movement from certain activist groups to try to control how we manage our commercial animal enterprises,” Ferry said as he introduced the bill at Monday’s hearing, rattling off some animal husbandry practices that it would protect. “Someone might say that docking lambs, cutting their tails off, is inhumane. It’s a commercial practice that’s been practiced for hundreds of years.”